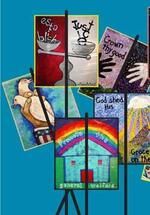 In recent years religion has asserted itself as a major factor in the politics of our nation and around the world. In the United States, the conversation about religion and politics has increasingly been framed around the question of the power of the Religious Right, or as a struggle pitting personal moral values against moral values that seek to serve a public good.

As we considered the topic at YDS, we came to see how useful it would be to frame the issues involved in a fresh way, by examining the relationship between our identity as people of faith and as citizens. This is not simply an American question but a matter that requires a global perspective as well.

This issue of Reflections is, in part, an outgrowth of several initiatives and conferences over the last year that have attempted to engage this conversation. One such effort was the conference in May on “Faith and Citizenship” featuring Washington Post columnist E. J. Dionne. A portion of his address appears in this issue of Reflections . Dionne ended his conference address by declaring that, “We are destined to visit, over and over, the relationship between religion and our aspirations to pluralism, freedom, justice and democracy. Only by doing so will we be able to respect the serious moral commitments of believers and unbelievers alike.” As the world becomes more and more interconnected, the need to revisit these tensions between religious and other allegiances grows more urgent.

At other times this year we have enjoyed lively gatherings of clergy, theologians, and laity from many walks of life-politics, diplomacy and journalism-all willing to share a wide spectrum of experiences and perspectives. These included two conferences titled “Voices and Votes,” which were organized and led by students, and an important new student/faculty program called the “Initiative on Religion and Politics.” From these many conversations, we have culled a range of viewpoints, both national and global, reflecting on faith and citizenship. We hope these articles individually and collectively contribute to a vital public discourse concerning faith in public life.

Among the many contributions to this issue, we are especially appreciative of the work of Congressman David Price, a Yale alum with graduate degrees in both Divinity and Political Science. Long before issues of faith and politics attained their present-day high profile, Congressman Price had long given attention to this important, complex discourse. He reminds us in these pages of the admonition of Reinhold Niebuhr: “Like ‘God-fearing’ people of all ages, we are never safe against the temptation of claiming God too simply as the sanctifier of whatever we most fervently desire.” In that vein, Price warns, “The most powerful argument against religious and political pretension is not secular but theological. Claiming divine sanction for our own power or program does not merely undermine American pluralism; it also flies in the face of our religious understanding of human sinfulness and divine transcendence.”

We are privileged to include here also an interview with Jan Egeland, who recently served as undersecretary-general for humanitarian affairs and emergency relief coordinator for the United Nations. His words frame the challenge: “.religion should play a role to bring us perspective: There is a higher ideal, a higher purpose in life.”

In a presiding spirit of theological humility but also urgency, we offer these articles probing the intersection of religious and civil virtues, which takes place now in such a volatile global climate of religious intensity, fragile national identities, and globalization. As other contributors here argue, we have little choice but to engage the question: Christian tradition calls us there. “I am called to participate,” writes Yale theologian Serene Jones, “because God is still participating.”

Finally, I wish to thank all of those students, alums, friends, and colleagues who have given leadership to this discourse. I offer special thanks to the E. Rhodes and Leona B. Carpenter Foundation for its support in advancing these conversations. I am indebted to my colleague Serene Jones, Titus Street Professor of Theology, for serving as guest faculty editor for this issue.