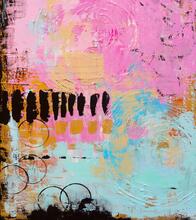 I remember standing in the back of the chapel at Union Theological Seminary in 2009. Artist-in-Residence Keith Murray, who makes art under the name Mr. and Mrs. Keith Murray, was describing their artistic practice exploring the transgender nature of Spirit and Reality. They talked about their experience with organized religion (Canadian Anglicanism), their discovery of biblical criticism and exploration of Buddhist ritual texts as steps toward new spiritual/theological understanding. They described their art-life practice as a kind of mysticism. That practice included an art-as-life multi-year performance project in which Murray married him/herself at the Erotic Heritage Museum in Las Vegas. They were, at the time, developing a series of performance pieces throughout NYC. With a mixture of bemusement, excitement, and wonder an M.Div. student asked, “How do you get to do this? I mean, like, did you go to school for this?”

My students—young adults who are inheriting a world they imagine will betray them on a planet that cannot support them—are desperate for radically alternative ways to be.

Over the course of the hour-long discussion that followed, the M.Div. student and the artist realized that, in many ways, they had both gone to school for this—if the “this” was interrogating the theological complicity in queer-denying culture and seeking out theological, spiritual, and communal practices for justice and flourishing. The M.Div. student was preparing for ordination in the United Church of Christ and actively seeking new models for community, communal ritual, and pastoral care. The artist was experimenting with the same, albeit without the use of so extensive an institutional structure. Both of them were seeking practices that would help them live as signs of contradiction in a white supremacist, patriarchal culture driving the planet toward ruin.

Mr. and Mrs. Keith Murray was an Artist-in-Residence with the Institute for Art, Religion, and Social Justice, which was a six-year experiment at Union Theological Seminary, co-founded and co-directed by artist A.A. Bronson and myself. We started the Institute with the simple mission of exploring “the relationship between art and religion through the lens of social justice.” We had an intuition that the analogy we were seeking wasn’t between art and religion in the abstract—or even between artistic experience and religious experience or the artist and the theologian—but one of practice, an analogy between pastor and artist. What could we see differently if we thought of the artist as a kind of pastor and the pastor as a kind of artist?

When undergraduates come to me to talk about div school, even those who don’t want to become pastors, my most consistent piece of advice is to commit fully to all the experience it can offer.[1] “I know you want to be a New Testament professor,” I say, “but make sure you take a pastoral counseling class.” Or, “It might not feel connected to immigration advocacy but consider taking a preaching class.” I was remembering how it felt to come to div school from a big state university, preparing for future Ph.D. work, when another student started talking about her prayer journal in my Augustine seminar or when a group of students staged a dramatic reading as part of our Hebrew Bible study group. These, I try to explain to my students, are the art school experiences of div school, and they are the best part.

Something like this experience is where theological education feels unique, where it offers something distinctive from all the other forms of professionalizing graduate degrees, where students can, even if just in partial ways, experiment with different ways of being—both thinking and acting—in the world and with each other. At least when I was at YDS there was a kind of soft divide between the M.Div. and the M.A.R. students. Looking back, this feels like a way those of us who were not seeking ordination tried to quarantine ourselves from all the “churchy” or “spiritual” or “pastoral” parts of div school. and it probably reflected our anxiety about not being taken “seriously enough” by other scholars, or our own vexed relationships to Christian belief and practice. I am sure there were reverse anxieties shared by those on the “ministry track.” Bless our hearts, I think now. What a waste of nervous energy and self-protective posturing. Why couldn’t we see that those very tensions were what made those years unlike anything that would come after?

Art and art school, of course, are not innocent or perfect institutions. Art schools are riddled with many of the same vexations as seminaries: pressure to conform to the market or to professionalize, tension between being trained into a tradition and seeing art as a prophetic challenge to the status quo, confusion, and uncertainty about who is the audience or community for which the work is being done. People graduate from art school and div school and end up in jobs that don’t look anything like the wild experimentation or radical possibility they imagined. Students can leave school burdened with debt only to find the world does not want the beautiful realities they are ready to conjure into being. Sometimes the years in school are themselves the only utopic experience, a brief and often partial experiment resulting in difficult or uncertain vocational paths. Sometimes they are expensive, disillusioning, and lonely.

Looking for the connections between art and religion is itself a well-worn tactic of theological revival. As a cultural historian and critical theorist of Christian theology and culture, I spend a lot of time thinking across different archives about how and why Christians in different moments think art or aesthetics will save them from the ills of modernity—whether those are understood as scientific rationalism, the iron cage of bureaucratic life, or the devastations of colonialism, racism, and patriarchy. Especially in moments when theological education seems to be in decline—which almost always implies a larger shaking of the foundations of religious adherence and identity, the sense that Christianity has lost its ability to answer fundamental questions of the moment—theologians and theological educators have reached for art to reorient what they are doing or to revive Christian practice.[2]

There is much to be skeptical of in these experiments. They often rely on analogies between the inherent nature of art and religion or between religious and aesthetic experience that feel simplistic and reductionistic. Or they are too quick to let Christian theology off the hook from its own complicity in creating the world that now needs to be escaped or remade by artistic innovation. Very often they emerge out of defensiveness about the declining cultural prestige of (mostly white Protestant) Christianity and want to shore up its relevance through aesthetic reinvention.

When I think, however, about why theological education should still exist and what it has to offer the world, here I am reaching for my own art analogy. Because my students—young adults who are inheriting a world they imagine will betray them on a planet that cannot support them—are desperate for radically alternative ways to be. I think about that UCC minister as a performance artist in her own right, and how she was trying to “go to school” to be—to think, to act, to love—differently.

Last spring, one of my former undergrads came to visit me when she moved back to New York after art school. She was stitching together multiple jobs and getting more involved in anarchist mutual aid groups. I asked her to tell me about art school and if she regretted it since she wasn’t trying to become “a professional artist.”

Kathryn Reklis ’04 M.A.R., ’12 Ph.D. is Associate Professor of Theology and Co-Director of the Comparative Literature program at Fordham University in New York City. She is also the Screentime columnist and a contributing editor for The Christian Century.

[1] I know, of course, that many students come to div school who do not plan to become pastors. I was one of them, and most of the people I knew at div school did not seek ordination. I imagine this is just as true or more so now than it was in the early 2000s. I don’t work with divinity school students anymore. I advise doctoral dissertations and teach undergrads in one of the last Jesuit universities to require two theology courses for all students. Most of my undergraduate students are not considering divinity school and have never thought about ministry—in any guise—as a possible vocation. Ironically, almost all the students I have advised into divinity school have been Roman Catholic women and ex-evangelicals. For both groups, traditional ordination is either no option or an undesirable path.

[2] Many strands of 20th-century theology, especially after the world wars, have debated the value of aesthetics in theology or the inherently aesthetic nature of theology. One only need think of the dominant authority of figures like Paul Tillich and Hans Urs Van Balthasar. These theological projects have also been matched by practical experiments to vivify Christian spiritual life by access to “good” art or by arguing for the inherent religious nature of art more generally. 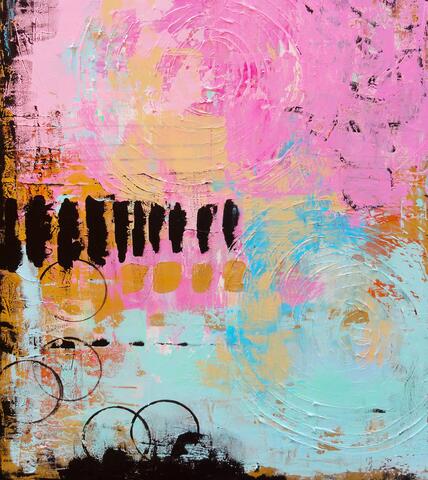