Environmental Justice and the Religious Imagination 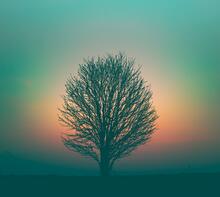 We humans have forgotten how to be creatures who inhabit and share the Earth. Like the protagonists in the Edenic narrative, we greedily pursue power over the community of creation. Now every life on Earth faces the greatest threat in human history. In this time, we need a new moral vision compelling enough to achieve terminal escape velocity past the gravitational forces of enduring white colonialist imaginaries.

My hunch is that ecological devastation and the politico-economic systems fueling today’s polycrisis are not what God intends for us.

I believe that such a vision is already being carried out by many who prophetically challenge the powers, principalities, and structural evils which desecrate peoples and places. These scholars and ministers and youths and scientists and activists (and more) recognize the intertwining of the present climate emergency with abusive power structures. In their roles as prophetic earthkeepers, they seek “to nurture, nourish, and evoke a consciousness and perception alternative to [that] of the dominant culture around us.”[1] This alternative imaginary criticizes the oppressive imaginaries of today while energizing persons and communities towards a future of social, economic, and ecological liberation.

The kind of prophetic leaders we need are those with an imagination so potent that they can begin to envision, articulate, and embody a better world than the present one. At the root of the climate emergency is a crisis of morality and vision. As Reverends William Barber II and Liz Theoharis declare as leaders of the Poor People’s Campaign, religious and spiritual practitioners are called to cast a new moral vision for the social, economic, and ecological flourishing of all lives and landscapes.

A recent Gallup poll shows that public trust in most institutions—government, big business, media, finance, police and military, public education, and organized religion—continues to steadily decline.[2] Still, I believe that theological institutions have a vital role to play in preparing religious and spiritual leaders for work aimed towards justice, restoration, and societal transformation in a climate-changed world—persons who have the creative gumption to seek God’s will for their community and themselves.[3] And my hunch is that ecological devastation and the politico-economic systems fueling today’s polycrisis are not what God intends for us.

The Smallest Blade of Grass

What this requires of schools is that they explore and implement climate-informed variations on the educational experience. It means that they boldly make the programmatic and structural changes essential to equipping their students. Even so, schools hoping to address such ecological issues will fall short, and even become detrimental to the cause, without a multivocal approach to environmental justice. In the introduction to her latest book, The Intersectional Environmentalist, Leah Thomas writes:

Social injustice and environmental injustice are fueled by the same flame: the undervaluing, commodification, and exploitation of all forms of life and natural resources, from the smallest blade of grass to those living in poverty and oppressed people worldwide. It’s a point that many ecofeminists, environmental justice scholars and leaders, Indigenous rights and land sovereignty advocates, and climate politicians have argued for decades, but it hasn’t been embedded deeply enough in modern environmental education.[4]

From their beginnings, ecological problems have been fueled by social injustices. Not only do we humans often fail to live in right relationship with the Earth, but we also struggle to maintain right relations with each other. This intermeshed truth has been proclaimed across time, from the prophetic writings of Amos and Hosea to the civil rights era to the emergence of the environmental justice movement at the cancer-causing dump sites in Warren County, NC, in the early 1980s. Throughout history, dominant cultures and institutions have neglected the polyvalent injustices involved in environmental degradation.

How a theological school reshapes or creates programs in response to the climate emergency reveals whether it has accounted for this multifaceted reality. Kyle Whyte’s exhortation to be vigilant about institutional crisis responses is especially timely. Whyte, an Indigenous environmental justice scholar, reminds us that history is lined with examples of institutions—primary among these being governmental, religious, and educational—that have used a real crisis to exploit and strengthen whatever power dynamics or ideologies were already contributing to the emergency. He refers to this as narrative creep, by which overwhelming hegemonies take advantage of crises to stake out greater claims on psychic, social, and physical landscapes. This creeping of oppressive powers need not be done by anyone’s conscious effort (though that is commonly the case). Because the nature of these powers compels them to replicate and spread, Whyte warns that we must keep a critical eye on their proliferation and influence.

Here is how it works. When a legitimate crisis is underway, the alarm and anxiety experienced by persons and communities are real and immediate. Somewhere along the way, though, the crisis becomes instrumentalized by an institution(s). The population’s collective distress is redirected toward a campaign of morality and security which must be addressed as quickly as possible, even at the cost of expanding present injustices. Whyte points to how the Western narrativizing of imminent threats has historically been used to justify transgressions against Indigenous peoples. He writes:

In thinking through the implications of unprecedentedness and urgency, climate change, as a concept, is a rhetorical device that people invoke so they can believe they are addressing a crisis without having to talk about colonial power. … Epistemologies of crisis then mask numerous forms of power, including colonialism, imperialism, capitalism, patriarchy, and industrialisation.[5]

We can look at the international initiative REDD+, or Reducing Emissions from Deforestation and Forest Degradation in Developing Countries, as an example of narrative creep towards eco-colonization. REDD+ was implemented by the United Nations to mitigate climate change by providing high-production economies a way to offset carbon emissions. Corporations purchase carbon credits (in the form of forested tracts of land in the Global South) in exchange for their continued outpouring of emissions. Regardless of the intentions behind REDD+, the program impedes on Indigenous sovereignty around the globe, among other problems. In this example, the invocation of climate action was enough to justify the expansion of eco-colonial power, manifesting as landgrabs in landscapes inhabited by Indigenous communities.

Whyte suspects that nation-states’ co-optation of climate change will further exploit the colonized and the marginalized, but I want to extend his exhortation to theological institutions as well. How schools address the realities of climate and environmental injustices through their programs is just as important as that they do so. One way to examine an institutional imaginary is to center those communities that have historically been marginalized by oppressive hegemonies.[6] Ask which voices are present and which are absent. Whose voices have been neglected or silenced? Which participants—and I’m thinking of those who have historically dominated the environmental movement and theological spaces—would do well to step back to make room for multivocal dialogue? Welcome the reshaping of the conversation according to the full range of participants.

I believe that most theological schools earnestly seek to offer the best educational experience to students. Passing through their hallways are the leaders and laborers who are called to address this time of planetary crisis. I cannot overstate, then, that environmental justice is a non-negotiable in curriculums, classrooms, and beyond. Time will tell whether theological institutions will make themselves places where leaders in a climate changed world are cultivated. The year 2030 waits and watches to see how we respond. By this marker in time, as governmental dawdling has moved us nearer a harrowing future which exceeds 2 degrees Celsius, we will more clearly see what kind of legacy theological institutions have chosen to create.

Tyler Mark Nelson ’24 M.Div. is co-leader of Common Ground, a faith-based student-led YDS group that aims to build community around the shared work of caring for the Earth. After graduation, he plans to continue instigating conversations within religious communities about the need for systemic change to address environmental injustices.

[3] One of the main reasons that I applied to Yale Divinity School is its reputation for being such a place, and I quickly found that the truth surpassed my dreams. I frequently rejoice for the gift of daily interactions with stellar humans of this kind in the halls of campus or gathered around the firepit at the DivFarm, a student-managed community garden on campus.

[6] A constructive approach argued by Olúfẹ́mi Táíwò rightly frames the act of critique as a means towards rebuilding just structures rather than as a purely deconstructive end unto itself. See his article, “Being-in-the-Room Privilege: Elite Capture and Epistemic Deference,” The Philosopher, Nov. 20. 2021. 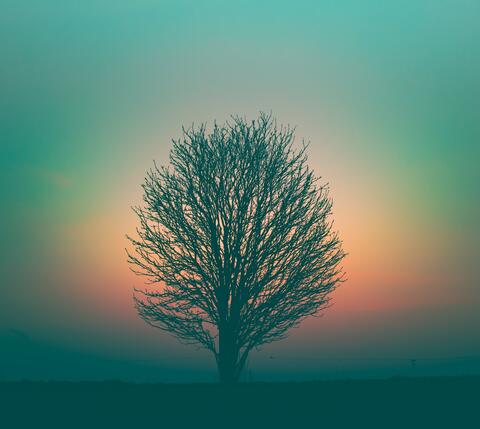