Theology, traditionally defined as “faith seeking understanding,” is and will ever remain an essential part of YDS or any other divinity school. At Yale, theological education is not simply an intellectual pursuit within a professional school that is part of a university originally created to educate students for service to church and civil state. Like the other professional schools at the University, Yale Divinity School combines refined intellectual exploration with a practical goal—in this case, to produce leaders for communities of faith. Thinking of the future of theological education, that combination of theory and practice requires attention to content, context, and programmatic structure.

From Calvinism to Contemporary Times

All three elements have evolved since Yale was founded in 1701 and in the 200 years of the Divinity School’s life as a distinct part of Yale. At its founding, the faculty and students of Yale could assume a faith grounded in the Calvinist tradition. That version of faith, though modified along the way, remained an important part of the framework for theological investigation at Yale Divinity School until the last third of the twentieth century. Those faith parameters expanded dramatically in the 1960s and 70s when Berkeley Divinity School affiliated with YDS, the Institute of Sacred Music relocated to Yale from Union Theological Seminary, and the opening of the Catholic Church after the Second Vatican Council brought many students from that tradition to the YDS community.

M.Div. students still for the most part want to play a leadership role, usually ordained, in communities of Christian conviction. But they may be called not to support traditional arrangements but to create new ones.

Toward the end of the 20th century and into the 21st the borders expanded further. Other strands of traditional Christianity, including predominantly African American denominations, assumed a larger share of student enrollment. At the same time the founding tradition was reinforced with the addition of Andover Newton Theological School. The student body became more diverse in terms of gender and in the ways in which sexual identity was understood. Non-Christians, Jews, Buddhists, Muslims all enrolled, bringing with them new forms of faith seeking understanding. Further diversity has been introduced into the mix by the array of international partnerships instituted in the last 20 years with schools in the UK, Germany, Denmark, Hong Kong, and Singapore.

Not for the Faint of Heart

To understand faith involves not simply philosophical and historical analysis, but also a range of analytical tools that probe our assumptions about our unique histories, about our social location, about our assumptions about gender and human personhood. Our curriculum and the intellectual resources that they bring to bear on the task are, like those who use them, complex. That will probably not change in the years ahead. We can expect theological education to continue to wield a diverse array of tools for the analytical task. The pursuit is not for the lazy or the faint of heart, but it is, as it has always been, an exciting endeavor.

The other aspect of a theological education’s content, preparation for practical ministry, will also involve continuity and significant innovation. In part this will be driven by changes in the ecclesiastical context. Membership in mainline Protestant denominations has been in decline for some time. Evangelical political clout has become more conspicuous. At the same time there has been a general drift toward secularism, a phenomenon described in detail at the recent Ensign Lecture at YDS by sociologist Scott Thumma, director of the Hartford Institute for Religion Research at Hartford International University. The causes of this alteration in religious sensibility are no doubt complex. Shifting ethical sensibilities as well as scandals within various religious denominations and the impact of Covid probably have played a role.

Secularization and the changing needs of religious institutions for educated leaders have been felt in the enrollment pattern of YDS. Over the course of the last half century there has been a marked move away from the Master of Divinity as the school’s major degree program. Now less than half of the current entering class are enrolled in that program. A larger percentage are enrolled in the Master of Arts in Religion, while a small percentage continue to enter the more specialized Master of Sacred Theology program, or they enroll as special or visiting students.

Master of Divinity students still for the most part want to play a leadership role, usually ordained, in communities of Christian conviction. But they may be called not to support traditional arrangements but to create new ones. In addition to the familiar skills cultivated in an M.Div. program—to preach, to teach, to celebrate liturgy, to deliver pastoral care—students will now need to learn techniques for planting and nourishing fresh congregations, in new venues, or with innovative patterns of worship and service not tied to older forms of parish life. Many graduates are already involved in such creative ministerial ventures, and the theological education of the next decade or two will surely call upon their experience to prepare a new generation of church leaders. A faculty committee under the leadership of academic dean Joyce Mercer, preparing for the school’s accreditation review being conducted this year, has been exploring how the M.Div. degree’s requirements might be adapted to confront these challenges. Alternative forms of ministry including various types of chaplaincy will no doubt play a larger role in the years ahead. The need for traditional elements of ministry such as preaching and making the Word of God known will continue, although the forms and conceptual framework of preaching will change, ever sensitive to the life experiences of those marginalized and exploited.

The Expanded Experience of Faith

While the structure of the practical theological dimensions of the M.Div. program will need innovative ideas and programs, the M.A.R. offers other opportunities. This degree program, preceded long ago by a degree in religious education, has come to serve a wide variety of purposes. One has an academic focus, with specialization in some area—Bible, systematic theology, ethics, church history, philosophy of religion, or others—for the pursuit of a scholarly career. Students who want to combine theological insight with some other career goal through a joint-degree program would often enroll in the M.A.R. while also studying for a J.D., M.B.A., M.D., or more recently, a degree with the School of the Environment.

The first option, pursuit of an academic career, has become less appealing in recent years. Again, several factors are at work, notably a reduced demand for professors of religion. Reasons for that include the closing of several theological schools, related to the decline in mainline denominations, the emphasis in colleges and universities on STEM disciplines or programs with a practical career goal, and the changing demographics and goals of college-age students. M.A.R. students may enroll with a higher degree program in view, but they are now regularly advised to consider many options for utilizing that advanced degree.

The second option, an M.A.R. that provides a theological basis for other career options through a joint degree program, has customarily been student driven. It is up to them and their advisors to plan an appropriate curriculum combining the requirements of degree programs in two schools into the spaces offered in each curriculum. Deciding what combination works for such students in the future will need attention from those who plan the theological curriculum, with the worthy goal of bringing theological insight to other areas of human endeavor.

The theological education of the next generation at YDS should thus involve conscious attention to the expanded experience of faith that characterizes our student body. It should hone those practical skills that are needed in today’s religious communities and also bring traditional insight to bear on contemporary circumstances and uncertainties.

The challenges besetting all faith communities these days are well known. Some are causes for extreme anxiety but are issues for the relatively short term, such as the war in Ukraine. Its outcome, however devastating or reassuring, will probably not affect the future of theological education. Other situations are of more consequence. One is climate change, which has already had severe impact on poorer parts of the world, an effect that will certainly intensify and spread in the decades ahead. The collaboration of the Divinity School with the School of the Environment began over a decade ago with the recognition that we could play a positive role in addressing this issue. The urgency has only increased since then. The Living Village project, on which ground will be broken in the spring of 2023, exemplifies the commitment of the Divinity School to continue to address the ecological problem. The YDS community will certainly build on its partnership with the School of the Environment as a part of its attention to practical theology in the 21st century.

The second issue of contemporary urgency is even more complex and just as worrisome. American society is divided as it has not been since the time of the Civil War. Inflammatory rhetoric, bizarre beliefs in wild conspiracy theories, political strategies that aim to undercut the foundations of democracy—such stories seem to be increasing rather than diminishing. The causes of this political decay are, like those affecting climate change, complex and interrelated. The ways in which we garner information and communicate with one another combined with the breakdown in traditional forms of social cohesion have played a role in the sorry state of our political life. The practical side of theological education needs to pay attention both to the political environment in which faith communities operate and to the natural environment. If adaptations in the program of theological education are up for discussion, both of these major challenges should be part of the conversation.

In sum, the content of theological education involves both conceptual analysis and preparation for practical service to church and world. That has been the mission of YDS for two centuries. Those aims will remain in place in a changing context with changing shapes of faith communities and new environmental and political crises. All degree programs of a divinity school such as YDS will need to adapt to new conditions. Professional theological education of the 21st century must explore the ways in which the traditional intellectual quest can be combined with practical engagements through its various degree programs. Theological education at YDS has a challenging but, as has ever been the case, consequential future.

Harold W. Attridge, Sterling Professor of Divinity at Yale, was dean of Yale Divinity School from 2002 to 2012. As a New Testament scholar, he has focused his work on exegesis, Hellenistic Judaism, and the history of the early church. He is the author of Essays on John and Hebrews (Baker Academic, 2021), History, Theology, and Narrative Rhetoric in the Fourth Gospel (Marquette, 2019), and served as general editor of the HarperCollins Study Bible Revised Edition (HarperOne, 2006). This essay expands on remarks he made at YDS in October 2022 during a panel on “The Future of Theological Education.” 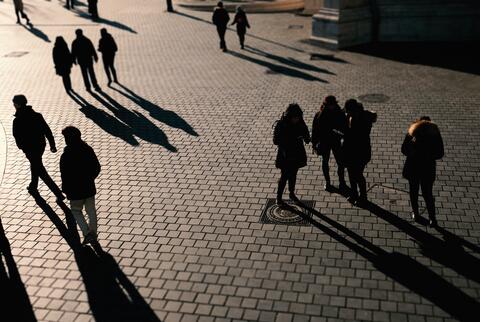