The Holy Spirit is Choosing Where We Go Now 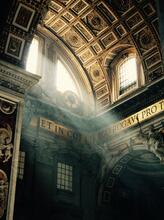 It is no longer news that the vitality has all but left many of our mainline churches. But is anyone asking where it has gone? I believe the vitality once enjoyed by Protestant denominations in the U.S. has in many ways passed into the culture.

In particular the millennial generation exhibits what it looks like to take up values that were once the purview of the church—and to do so with passion, even if its adherents aren’t quoting Bible or creed.Millennials speak out loudly in favor of equality and inclusivity, right in line with the scriptural mandates that the privileged and powerful respect the needs and the humanity of the marginalized. This new generation feels keenly the threat of climate change, strongly asserting our responsibility to steward the environment as clear as that in Genesis. A healthy work-life balance is also a millennial priority, giving new expression to the commandment about keeping the Sabbath. And this demographic and others, according to what I have seen, seem to have rediscovered a piece of wisdom that churches have known all along: good mental and emotional health involves being part of a caring community. Fortunately, communities are forming in all sorts of circumstances to provide this sense of belonging and stave off the dangers of loneliness and despair.

This new generation may not identify the church as the source of their values, but the similarities are too close to dismiss. Perhaps what influenced them was their churchgoing baby-boomer parents who modeled acts of compassion in the wider world? It’s as if an inherited biblical ethic of justice and mercy persists in our moral atmosphere, persuading many to act accordingly. In any event, parts of our culture now go about pressing for change with a passion that is religious in its fervor.

As one of my seminary professors put it, whenever an institution thinks it owns the sacred, the sacred has a way of slipping away and going somewhere else. It won’t submit to human pride or prestige.

This is all to say that in some profound way, the church has done its work. It may have happened when we weren’t looking. The idea is not new that the church is able to make an intelligible impression on the wider culture and bring change. There is H. Richard Niebuhr’s classic proposition in the 1950s that Christ could indeed transform culture. More recently, the work of historian David Hollinger argues for the unparalleled influence of what he terms “ecumenical” (mainline) Protestantism in the latter years of the 20th century. The church, Hollinger says, called society to understand racism as a systemic issue, not just an individual one; to include women in leadership, defend church-state separation, honor pluralism, and replace an imperialist mindset in foreign relations with a more empathic approach. In light of these accomplishments, why the church is not more gratified by the remarkable evidence of its service to God during those decades is perplexing.[1]

But that is not nearly as perplexing as the question for the church today: how to revitalize our churches for tomorrow? Specifically, what strategy might a seminary adapt to train future leaders in these uncertain times? It would be natural to do what worked before: take a stand on the great national issues of today and speak out. There are certainly many crises to choose from: political polarization, gun violence, climate change as mentioned. But there is just one problem: so few people are watching any more what the church does. Our news rarely makes headlines. It is of course a necessity that Christians serve Christ by working toward redemption in all areas of our world, but my fear is that if we try too hard to regain visibility or relevance, we will be struggling to regain a seat at the table we originally set. The field of social justice organizations is crowded, and some of the nonprofits are doing a better job than we could toward meeting our common goals.

The thing is, prominence and influence—as desirable as they can be—are not the same as genuine revitalization. The church’s new direction needs to involve something more fundamental. As one of my Princeton Theological Seminary professors, the late Dr. Richard Fenn, once said, whenever an institution thinks it owns the sacred, the sacred has a way of slipping away and going somewhere else.In other words, it won’t submit to human pride or prestige; the will of the divine finds a way to take the sacred where it will thrive and bless hands and hearts in its presence.

Whether or not the sacred has abandoned the mainline church, it does seem that parts of our culture have caught some kind of fire to right the wrongs of the world. The thought of losing our flame is daunting. On the other hand, I have to wonder if over the years, while retaining a focus on Jesus and God, we have become far less comfortable with talk of, let alone reliance upon, the Spirit.

I believe the Spirit did show up at some point—unexpectedly and unnoticed—and drove us into the wilderness, initiating a time of testing. This desert season for the institutional church looks like it will last a while. We need to resist discouragement, but also watch out for the temptations that will come, especially those that promise a short cut back to comfort and control—ideas that offer the church fast routes to vibrancy and status. If we deny these quick fixes, we will surely be left with our obedience and little else. And maybe that isn’t such a bad thing, at least for a while.

Many churches may be in decline, but Christians can still follow what God may be saying and doing among us. Jesus simply bid us to be his disciples—not to be successful as the world defines it. This feels risky to me, but if seminaries made more room in their curricula for intentional discipleship training, and graduated church leaders who passed very different kinds of ordination exams, it would mean that Christianity could be re-established from the ground up. Church leaders would go out into the world without fanfare and bear witness in a church or outside a church—in a daycare center or in Washington, D.C.—sharing the Good News in word and deed. This means that when millennials and others are no longer going to church, we will be able to bring church to them.

Sending out disciples in this way doesn’t sound like a plan for explosive growth, or a way to save congregations from packing it up and selling their buildings. This sounds like a way forward that is … unobtrusive. And that’s the point. It suggests that we become something nearly invisible to a busy world, sort of like—as Jesus famously pointed out—a bit of leaven that disappears in the dough yet eventually makes it rise, the tiny mustard seed that falls to the ground and flourishes, or the small pearl that is so precious a merchant sells everything else he has to buy it.

Maybe we concerned Christians are overlooking the way daily discipleship is the sacred dimension that holds potential for our future, as long as we don’t hold it too tightly, but practice it with humility. Churches might even teach it to others and fulfill the Great Commission. We may wish for Christians to rise to a position of influence in our culture again, but the Holy Spirit is choosing where we go now. No doubt there is a lot that needs to take place to restore the mainline church to health. For today, we can only follow the God who can do a lot with a little, especially a little bit of faith.

The Rev. Candace Whitman ’79 B.A. is a pastor-at-large for the Presbytery of Long Island, having served in congregations over the last eight years.

[1] In this 2012 interview with The Christian Century, Hollinger said: “The ecumenical [mainline Protestant] leaders achieved much more than they and their successors give them credit for. They led millions of American Protestants in directions demanded by the changing circumstances of the times and by their own theological tradition. These ecumenical leaders took a series of risks, asking their constituency to follow them in antiracist, anti-imperialist, feminist and multicultural directions that were understandably resisted by large segments of the white public, especially in the Protestant-intensive southern states.” 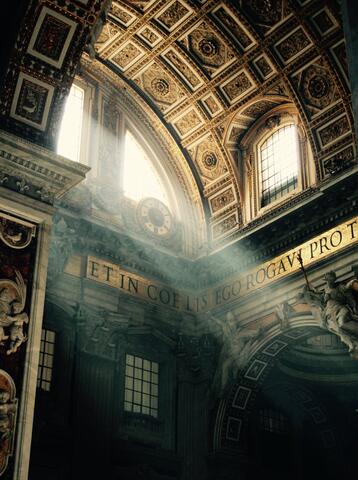