“Imagining the Best Future We Can” 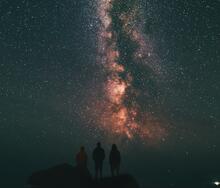 You don’t need to be a physicist to have heard of the Heisenberg uncertainty principle, or just the “observer effect.” These ideas refer to how difficult it is to measure or predict the behavior of objects in motion—as in the movement of photons or other subatomic particles—when the very act of observation inevitably changes the things being studied.

Divinity students need a curriculum and a faculty that will challenge  them to respond to the present both in intellectually defensible terms and in faith. And while this will not guarantee any particular future, it will mean we are contributing to and imagining the best one we can.

The application of this paradox of physics to theological education may seem a stretch, but bear with me. As divinity schools, as well as the churches we serve, find ourselves riding what is sometimes an alarming wave of change, we attempt to adapt by observing or imagining where the wave is taking us, but in doing so we affect the direction in which we are being carried, and not necessarily as we expect.

The Temptation to Predict

Predicting the future is not easy; in fact, beyond certain generalities, it is not possible. Some big contextual factors are undeniable. Climate change is real and measurable, even if denied by a bewildering number, and its devastating future can be predicted to some extent because it is a present reality, not just a future possibility. Secularization is not hard to predict, because it is already incontestable, if poorly understood—in fact it seems to be the “climate change” of ecclesial conversation, provoking denial and finger-pointing as often as constructive exchange. Yet imagining the specifics of human society and behavior in the future manifestations of either of these is an entirely different and very difficult matter (compare how the more clearly defined realm of meteorology cannot provide more than sketchy weather forecasts).

It doesn’t stop people making predictions, though. When we read the inevitable books or essays about the coming human future, or the future of church, it is well to be aware that they function more like poetry than like science. They usually contain a seed of truth that can help catalyze our imagination, but are often of little value in the predictive terms they may try to suggest. There are simply too many variables. An account of the future that points to one important change may be revealing, but cannot be predictive, unless enough people then believe it and make it so.

So we cannot predict the future shape of human society or church, partly because of its complexity, and partly because we are the actors as well as the readers of the play. We can imagine the future, however, and we do, for theological education like for everything else. In fact we need to—but not necessarily by pretending to know it. The real challenge is to prepare for what we can’t know.

Despite our much-vaunted biblical literacy, however, we in the theological realm are poor prophets like everyone else, except when we resort to the old game of self-fulfilling prophecy. It is easy to predict what you ensure will happen.

Few would doubt the statement that mainline religious institutions are in decline. Yet the ways we respond to these changes are not well served when they are presented as an inevitable embrace of that presumed but unknown future. When seminaries and synods step away from commitment to a certain model of ministry or a curriculum, they create systems within which their predictions often come true, but they do other and unforeseen things as well.

Churches in the ’60s and ’70s were smug about sending young candidates away to get more life experience, and they didn’t come back; unsurprisingly (now) these policies contributed to aging congregations and leaderships. Despite—and because of—mutterings about the end of full-time ministry, there is now a marked shortage of clergy in many places and traditions. Churches in the 2000s are sometimes confusing the reality of decline and secularization with specific local church struggles. Some churches are indeed closing, and patterns of forming leadership are changing, but it is easy to predict the death of a congregation when you make sure it dies, and it is merely facile to normalize bivocational ministry just by not appointing full-time clergy.

Paradoxes of Decline and Vitality

And seminaries? It is tempting not just to describe but to predict the future of seminaries in close connection with these ways of imagining church. With declining enrollment and shifting demographics, there is a continuing process whose outcomes are already changing the institutional landscape markedly. Many institutions are shifting to online, part-time, and other less traditional modes of formation, and in some cases at least this is not only inevitable but important.

Yet just as the future (or rather the present) for churches is complex—simultaneously a decline for most, yet accompanied by vitality for some—the future for seminaries is to be not one simple story but a variety of them, since the present is varied too. It’s the story here at Yale I will have in mind from here on.

The total statistical picture of theological education isn’t a reliable guide to action, because there are in fact multiple stories contained in it. So for instance it would be unwise to imagine that the existence of new forms of virtual media and communication supplant our in-person residential model, rather than complement it, even though some other institutions will focus there and commit to distance learning. Yet we do believe it is time to think hard about our curriculum (not least for the M.Div.) and how well we are preparing our diverse students for their various vocational futures.

The temptation may be to change the curriculum to deal with the imagined future, as though we already knew it rather than also choosing and making it. This isn’t necessarily a bad thing; what is bad is the pretense involved when we summon our imaginings into real existence, not in the name of faith but in the name of a false inevitability, or some other agenda or commitment passed off as a social fact. Curriculum is not after all a neat technical area where we can solve an agreed-upon problem with a clear prescription, but an invitation to admit or proclaim what we think is really important.

There are a few more or less common versions of this in recent (and other) times, more evident in other institutions but in play here sometimes too. One old saw is the need for ministerial education to be more “practical.” Of course this is incontestable, but it leaves untouched the deeper question of what “practice” is. In fact seminaries—and church administrations—are good at identifying past problems in practice, but less so at knowing future ones. Producing capable practitioners has thus never meant training them for problems that will have changed a great deal even within a few years; rather it entails forming people who can both interpret their changing ministerial and social settings, who can work with others to bring perennial dimensions of faith to bear on those conditions, and who will understand learning to be a part of their ongoing work. Practical theology needs to be centered in the curriculum, and ministerial practice must be a crucible in which the work of theological study is tested experientially, but so should biblical studies and theology be emphasized, since what the churches and their ministers bring distinctively to people’s lives is the gospel. We do also have opportunities here at Yale for divinity students to learn about leadership and management, and we encourage students to take such courses, but the value of these also depends on giving them a context; the core of our work and what we offer uniquely is still the teaching and practice of Christian faith.

Another recent candidate for a future model of theological education is a proposed shift to a largely interfaith focus. This is usually driven by a so-called progressive Christianity (unique to North America, interestingly), which is both surprisingly vague about specifics of religious belief on the one hand, yet deeply and unwittingly conservative in imagining and relying on the persistence of some version of religious practice and institutions in general on the other. The need for students to acquire sympathy and competency in dealing with the plurality of the religious landscape is not at issue; but the idea that, amid what is evidently a remarkable decline in religious observance as a whole, placing the shaky reality of “religion” itself in the privileged place formerly accorded to Christianity is curious at best. Others of us would imagine instead a renewed sense of religious distinctives, tempered by charitable and appreciative exchange, and acknowledging with due ambivalence the reality of secularization as fundamental rather than the exaltation of religiosity itself.

Commitment to Something Bigger

There are some vocational futurologies of seminary training and ministry which reflect much the same assumption (or wish) that Christian faith will fade, but in which more generic forms of “spiritual care” are at the fore, or which imagine that work for nonprofits and institutions like healthcare systems will supplant congregational ministry as the new focus of vocational training. We don’t really know this either; to claim it is just to imagine it. Secularization seems as likely to denude work in the religious sphere outside churches as or more quickly than inside them. Far clearer is that our students do have varied backgrounds and different vocational goals, and we need to equip them flexibly.

This of course includes those with primarily academic ambitions. My own work focuses to a large extent on those who seek ministerial formation, and not just expansive intellectual challenge—although I believe the latter is one of the most important parts of the former. We can, I think, continue to support students whose interests will take them to secular and academic rather than pastoral outcomes, but we do so no better by decentering Christian tradition as the thing we know best academically as a focus of intellectual training, and in which we might yet place our trust in other ways too.

So—if we admit that prediction is often aspiration, that the future we are training people for now is not accessible, but that our imaginings will nevertheless help shape the future both of theological education and of church, some consequences follow. Our students do need the capacity to think critically, to solve problems, to collaborate. They need outstanding teaching and learning experiences, and access to scholarship broader than that of theological disciplines to allow for the different skills they may wish to acquire. And they also need a sense that their faculty and peers share a commitment to something both bigger than and more specific than religiosity, something more aspirational than the current plans of church bodies, and something more profound than the mere analysis or deconstruction of ancient or modern texts or practices. They need a curriculum and a faculty that will challenge and encourage them to respond to the present both in intellectually defensible terms and in faith. And while this will not guarantee any particular future, it will mean we are contributing to and imagining the best one we can.

The Rev. Andrew McGowan is Dean and President of Berkeley Divinity School, the Episcopal seminary affiliated with YDS. He is also McFaddin Professor of Anglican Studies and Pastoral Theology at YDS. An Anglican priest and historian, his scholarly work focuses on the life of early Christian communities and on aspects of contemporary Anglicanism. His books include Ascetic Eucharists: Food and Drink in Early Christian Ritual Meals (Oxford, 1999), Ancient Christian Worship (Baker Academic, 2014) and Seven Last Words: Creation and Cross (Cascade, 2021). 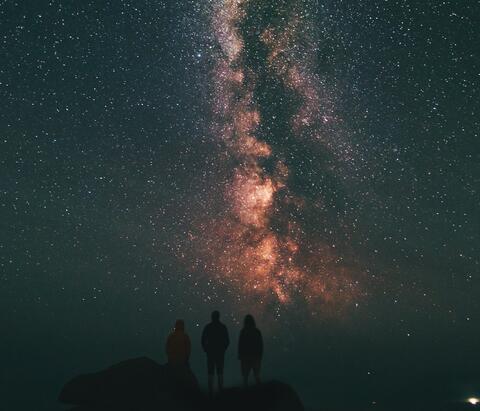