Keeping the Faith During In-Between Times 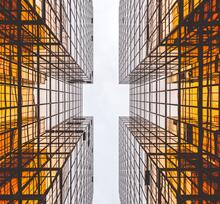 The center has shifted, and in many ways, that is a good thing. All institutions’ relevance depends on their capacity to recognize the shifts and move with them.

In his book The Ground Has Shifted: The Future of the Black Church in Post-Racial America, theological ethicist Walter Fluker writes that Martin Luther King, Jr.’s concept of liberation was built on the idea of a “world house,” where all the oppressed of the world might come together around a shared agenda.[1] Fluker argues that the very concept of race has changed dramatically, however, in the decades since King defined his vision. By no means does Fluker suggest that racism is a thing of the past, or of the “post-.” In fact, he claims that suggesting we live in a post-racial America could be weaponized by those with power who seek to maintain their dominance. He writes, “The ghost of race shape-shifts and conceals itself in post-racial language of transcendence.”[2] Racism changes shape, and it hides. America requires a different ethical response today because the ground has shifted.

God in the Midst of It

What does the metaphor of shifted ground tell us about theological education? Seminary faculty members and deans often hear the questions, “How is religion in North America changing?” “How are seminaries and divinity schools addressing those changes?” and “Do students even want to enter ministerial service in this messy time?” Some educators respond confidently with what needs to be done; others pretend to; and still others say, “We’re not sure what’s happening, but we believe God is in the midst of it.” I fall into camp #3.

What do we do in an in-between time? We acknowledge that the center is shifting; and we align ourselves as closely as we can with what real communities, real leaders, and real people need from their faith.

Former dean of Duke Divinity School L. Gregory Jones wrote in the early 2000s that Christian theological education was built on the premise of what he called a “relay race”: [3] churches raise up Christian disciples, then hand them over to seminaries. Seminaries educate disciples for ministry and hand them back to the church. Considering that the cultural relevance of the relay-race metaphor fell apart two or three generations ago, seminaries and divinity schools have changed comparatively little. As a lover of tradition and believer in a learned clergy, I appreciate theological schools’ steadfastness while also recognizing a need to catch up with where the culture has already moved.

Pouring New Foundations, But Not Yet

Both Jones and Fluker argue that today’s leaders are seeking to make meaning within a structure whose foundation has been not just shaken but relocated—without giving serious attention to how and whether the structure might need to change. That attention can happen, and is happening, in theological education now. Consider these areas in our society where something central has moved to the periphery, or where a phenomenon that was understood to be so normal as not to need to be named has since been exposed as just one way of being:

• Protestant Christianity as the primary way religion in America is expressed

• Whiteness as the characterizing trait of those with influence and power

• Maleness as the default gender of leadership, with women requiring a qualifier (“minister” versus “woman minister”)

• Heterosexuality as the only way a person might express romantic love

• Normative gender definitions as synonymous with normalcy, the converse of which might be considered perverse

• Wealth as a mark of the person whose views count

Just to take a closer look at the first of the dismantled assumptions above, one can see how much work theological educators have in front of them as they adapt to a moved center when preparing students to serve churches. Local churches in New England towns with large facilities at the center of town, on the green, still tend to be Protestant. They also tend to be—in comparison to their capacity—empty. Protestant Christianity is no longer the primary way in which religion in America is expressed.

Everyone Has to Adjust

Yet the ground under theological education is still Protestant. The theological curriculum for Master of Divinity students, as defined by graduate theological schools’ accrediting body, the Association of Theological Schools, includes four areas: religious heritage, religion and culture, ministerial leadership, and spiritual formation. Those four pillars hold up most of the 250-or-so M.Div. programs in North America, and they were designed with mainline Protestantism in mind. For a century or more, all other ecclesial families had to adjust to mainline Protestant norms; now, in a time of turbulent decentering, everyone has to adjust. The ATS takes these shifts seriously, but whereas the older architecture has proven non-universal, the newer architecture has not come fully into existence.

Church leadership consultant and spiritual director Susan Beaumont writes that we are, and might for a long time continue to be, in a “liminal” period.[4] The biggest mistake we can make is to fall back into old ways during this in-between time. The second-biggest mistake would be to rush to premature closure when we are not yet sure where the church and religion are going. The center is not done shifting, so it is not yet time to pour a new foundation.

Preparing for What’s Next

What, therefore, do we do in-between time? Are we irresponsible educators if we do not know—and thus cannot tell our students—where the church is going? No. We acknowledge that the center is shifting; and we align ourselves as closely as we can with what real communities, real leaders, and real people need from their faith. As any professional education scholar will tell you, the best response to quickly changing times is to align the curriculum with the field as it is, while also teaching students how to learn so they can be prepared for what comes next.

[4] Susan Beaumont, How to Lead When You Don’t Know Where You are Going: Leading in a Liminal Season (Rowman & Littlefield, 2019). 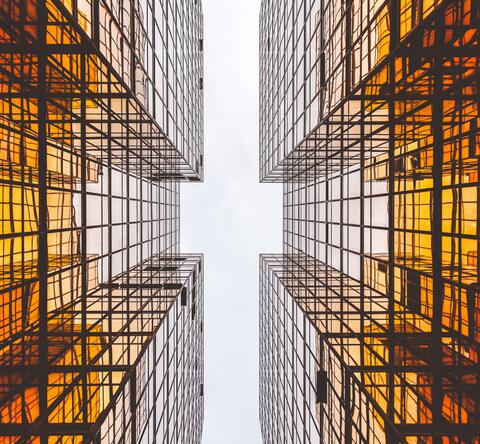