The house I live in sits on Hickory Road, a few miles out of New Haven, in the middle of a forest of Hickory trees and a thick variety of other deciduous trees and evergreen woods. The previous owners were real gardeners, who were determined to grow flowers even in this shady forest. They spent a decade composting into the rocky Connecticut soil. They filled the beds with plants that they had collected throughout the area, species that had been native to coastal New England for hundreds of years.

There is no time to grieve, no need to grieve, really. Because like the wild urban plants of the Northeast, a field guide might be written about the possibilities in the midst of the faithful of this day. New practices, spaces for gathering, ways of being together.

I’ve never been much of a gardener, but as they pointed out to us the red Columbine, the violet New England Aster, and the leafy green Solomon’s Plume with its tiny white flowers, I was introduced to a whole family of plants native to Connecticut.

“Be careful of the invasive weeds,” they warned us. “They take root quickly and can overwhelm your gardens.” I nodded solemnly, as if I understood just what a serious threat they were describing.

The Red-Fruited Tree of Heaven

The conversation brought to mind a different kind of gardening: the work of ministry, and of theological education, where deeply held faith commitments and beliefs must continually meet the present moment. Church traditions and established scholarship can sometimes appear threatened by ideas that are new. Innovation faces resistance. How easy it is to grow comfortable with the approaches that are more familiar. But sometimes, the future brings welcome change.

Over the six summers that I’ve lived there, these gardens on Hickory Road have … well, the gardens have changed quite a lot. It is difficult, I learned, to distinguish that red Columbine from the wild, red-fruited Tree of Heaven. I have trouble telling a New England Aster from the pretty purple chicory flower, and even Solomon’s Plume is not so very different from the bloom of wild garlic mustard.

I hadn’t given much thought to these ongoing changes in our garden until I found myself sitting in on a talk last summer by the botanist and horticulturist Peter Del Tredici, whose life’s work at Harvard’s Arnold Arboretum has focused on the impact of climate change and urbanization on both native and what he calls adaptive landscapes.

Del Tredici has written a popular field guide, Wild Urban Plants of the Northeast. The book tells the story of 268 wild plants—some might call them weeds—that “fill the vacant spaces between our roads, … take over neglected landscapes and line the shorelines of New England. Some of the plants are native to the region and were present before humans drastically altered the land; some were brought intentionally or unintentionally by people, and some arrived on their own, dispersed by wind, water or wild animals. They grow and reproduce in the city without being planted or cared for.”[1]

I thought back to the warnings we heard when we bought our house, as this botanist described some of the invasive plants he works with most … the Tree of Heaven, the purple chicory flower and (you guessed it) wild garlic mustard. All three, thriving in my backyard.

Why has this happened? Del Tridici has the answer. Nitrogen drops on soil, cities grow verifiably warmer, and plant life changes. Virginia creeper grows on telephone poles, and limestone-adapted plants grow where street salt has ended up in the soil. In a changed climate, new things happen! Plant change is inevitable, says Del Tredici, because “there are no climate change deniers in the plant world.”[2]

At home again in my garden, I thought about redoubling my efforts to get rid of the invasives, and clear out everything that didn’t belong. But then I remembered Del Tredici, the botanist, had also said this: “What we once called invasive species are doing us a favor, adapting in our gardens and thriving in the open spaces.”

I glance over at the purple chicory flower, striking and sort of beautiful against the old stone wall. Is it possible, I wonder, that there is a lesson to be learned in this garden about the way that we teach and live faith in a changing world?

“Build houses and settle down,” Jeremiah writes to the people in exile. “Plant gardens and eat what they produce.”[3] The people are in a land that is not their own. But even here, Jeremiah says, the community will thrive, and their gardens will grow. Even among the purple chicory flowers.

I didn’t know that this talk of wild urban plants was also about reimagining faith, reimagining church until … back in my garden, I realized that the issue was not that the old plants were being overrun. The issue was that the climate is changing. And the New England Aster simply doesn’t thrive, in the old way.

Not unlike the churches that I’ve known my whole life, and the churches that I know now. Communities of faith are experiencing an undeniable change in the climate. The old ways hold on, perhaps, but they aren’t thriving, really. The very soil in which they have grown has changed. We might dare to think of the emergency of climate change in the same breath as the dramatic cultural changes facing the church in this day.

We look back, and hear the stories of what church was like. Members tell about the ways people gathered, the songs that were sung, the prayers that were said. What a pretty garden that was, some say. But the old flowers that once thrived in that church garden are now struggling to maintain their root systems.

There is no time to grieve, no need to grieve, really. Because like the wild urban plants of the Northeast, a field guide might be written about the possibilities emerging in the midst of the faithful of this day. New practices, spaces for gathering, ways of being together.

There are some YDS students who are actually at work on an early draft of that new field guide. The Reimagining Church project is now in its second year, asking Connecticut congregations to dare to pay attention to the new cultural, spiritual, and social climate in which they exist, and then to reimagine what God might be calling them to plant, what things might be growing up in their midst, in their faith … and in their churches.

As in any established garden, such transformation happens slowly. A congregation summons the courage to reach out to a neighborhood that has changed dramatically since most of the current members joined. A church builds new relationships with people who in this still-Covid season find themselves profoundly lonely. A church resolves to confront the ways that they have made peace with white supremacy.

In a garden, this labor of identifying varieties of new plants is hard work; and I’ll be honest … it is a little scary. Sometimes seeds that seem full of promise are scattered, only to be blown off, disappearing in the wind. Sometimes startling new varieties (of plants, of church, of faith) arrive unexpected … and who can be sure what promise, what possibility they hold?

What we know is we cannot pretend that there is room only for what thrived in previous days. The time has come to pay attention to what God is doing, to nurture what is breaking forth in these gardens, in gatherings of these faithful souls, and in our own lives. The garden will look a little different than it once did. But by the winds of the Spirit, it will blossom and grow.

Might we dare to find beauty in the wild garlic mustard, the beauty in the new ways flowering in the gardens of our lives? In the plant world, change is forever taking place, evolving, we might say. Trained botanists make sense of this by paying attention, by honoring not what they wish were taking place, but by learning from what is actually happening.

I wonder if that might also be the work of those who seek to nurture faith communities, who hope to lead in whatever the church is now becoming. That will require paying attention to the climate in which we now dwell, and observing the beauty that is unfolding, perhaps previously unseen. What stories now stir the faithful to march for justice? What songs bring gladness? What balm is needed for the hurting soul?

The gardens where the faithful gather are changing … there is no doubt about that. And Jeremiah’s words still hold true: the peace and the thriving of the places to which we are being called remains a part of God’s promise. How will those new gardens be nurtured toward a fruitful harvest? What good work we have to do.

William Goettler is Associate Dean for Ministerial and Social Leadership at YDS. His work with the Reimagining Church initiative, as well as the Transformational Leadership program and other efforts, is part of the YDS Office of Vocation and Leadership, which supports students as they connect their theological study to their sense of vocation and the work of their lives.

[2] Says Del Tredici: “Given that cities are human creations and that the original vegetation that once grew there has long since disappeared, one could argue that spontaneous plants have become the de facto native vegetation of the city.” Field Guide, introduction.

[3] “Build houses and settle down; plant gardens and eat what they produce. Marry and have sons and daughters; find wives for your sons and give your daughters in marriage, so that they too may have sons and daughters. Increase in number there; do not decrease. Also, seek the peace and prosperity of the city to which I have carried you into exile. Pray to the Lord for it, because if it prospers, you too will prosper.” (Jeremiah 29:5-7) 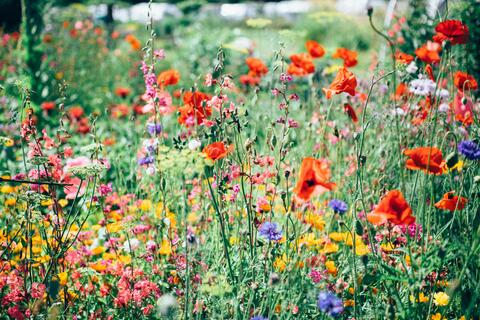