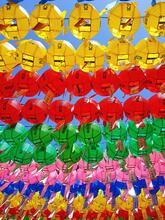 As someone who has benefitted both from full-time, university-term theological education and part-time, bi-vocational ministerial training, I have plenty of opinions on the forms and mode of teaching and learning and their future course. But an equally pressing question concerns the shape of the content in decades to come.[1]

For too long theological eminence has played out in capitalist terms, in patterns that are profoundly unchristian, with academic focus on theologians from centers of educational wealth rather than centers of theological insight.

We might begin with the recalibration of our place in the world. It is by now common knowledge that the global dynamics of Christianity do not favor U.S. dominance. The United States still tops the league table as the country with the largest Christian population—followed by its American neighbors Brazil and Mexico—but its congregations represent just over 10 percent of world Christianity. Of the world’s two billion Christians, half are Roman Catholic, and over 60 percent live in the “Global South” (leaving aside for now the problematics of that term). Over the last century the most noticeable trend in Christianity worldwide has been the decline of European share, and major growth in Asian Pacific and African belonging. The upending of historic patterns and centers has taken place relatively quickly: the number of Sub-Saharan African Christians grew from 4 million to 470 million over the last century. There are now twice as many Catholics in Brazil as Italy, and twice as many Protestants in Nigeria as Germany (see Pew Research data).

Catching Up to Reality

A more integrated, global theology must first catch up with the realities of what Christians believe, ask how they formulate and transmit their beliefs, and determine which questions are focussing the majority of Christian minds. We have an excellent tradition of vertical—chronological—theology at YDS, and need an equally robust horizontal—geographical—theology to complement our historical strengths, and to take cognizance of the importance of the present, and the living, in terms of Christian demographic weight. For too long in the modern world theological eminence has played out in capitalist terms, in patterns that are profoundly unchristian, with academic focus and canonical reproduction directed toward theologians from centers of educational wealth rather than centers of theological insight. YDS is in better shape than many schools to do this work, with specialists in South American, African, and Asian theologies. Here, the task is to ensure that students get to know, and understand, others’ theologies: that these are not sidelined in elective seminars with a handful of heritage students but taught in core courses, across a range of syllabi, and grappled with by faculty across disciplines, as a matter of equity and wisdom.

Why broaden our theological horizons? If all theology is contextual, shouldn’t we concentrate on that which is most relevant to our own context? Apart from any altruistic aspiration to appreciate others for their own sake and to revel in the riches of humanity and the glory of God as reflected through different cultural metaphors and experiences, the lens of the other is also the most finely ground and sharpest glass through which to see ourselves. As multiple theologies across the world contend with imperialist and post-imperial legacies, we are challenged to limit the claims of our own cultural positions, to reflect on the damage over the centuries of the imposition of Western-inflected theologies as if the universal gospel. Korean theologian Suh Nam-dong’s linking of Christological confession to Minjung pain showed how the Minjung (the poor, dispossessed masses) as the subject of history atone for the sins of history through their suffering; how through their act Christ is made present. We need the voice of the Minjung to atone for our theological sins.

Faltering At Bultmann and Barth

The future of theological education begins with reflection on the past and present. Many of us who studied theology even recently followed an arc that rose from Augustine to Anselm and Aquinas, before faltering around Barth and Bultmann. Our theological visions were truncated, skewed by culture of origin, gender, historical period. We may have praised classmates who called for the inclusion of women’s voices and more non-European scholars, but it has taken recent movements, including pleas to “decolonize the syllabus,” for the epistemological hegemonies that limit theological education to be widely perceived. An expansion of theological horizons opens up not only different perceptions through other languages and lived experiences, but extends the forms of theology. How we will teach oral theologies, theologies in alien narrative forms, in dance—and how will we address the critiques these may bring of our modes of teaching and examination?

An expansion of theological horizons is critical to help address the questions that younger generations face most acutely: questions of identity, of interfaith relations, of eco-theology and the future of humankind. Narrative and biographical theologies abound from Taiwan to Ghana, where writers often take it as axiomatic that they inhabit multiple, overlapping identities, and that these shape theology. A Christian divinity school can best address pluralism by learning from Christians who live in pluralist societies, especially where Christians are a minority, those who engage daily in interfaith work at home and in the office, whose family members are Buddhist and Lamaist, and whose theological reflection has long debated the hospitality of funeral services or the presence of Christ in the other. Despite early missionary attempts to erase pre-Christian practices, thriving Christian communities from Mongolia to East Africa incorporate shamanist and animist practices into their worship life. Christians in India and Sri Lanka have lived with interfaith issues for millennia: humility and self-interest suggest we should consult our neighbors on the topic. There is no need for us to reinvent the wheel that Tibetan Christians have been prayerfully turning for decades.

Seeing a future for theological education is itself a sign of hope. As we in postindustrial landscapes learn to re-inhabit our terrain, the imaginaries of those with closer ties to their lands offer both model and inspiration—whether South East Asian communities who draw on oceanic imagery and waterways as sources for knowing God, or the theologies of the coconut tree of the I-Kiribati and certain Pasifika peoples which offer the tree as metaphor of incarnation, a symbol of the presence of God, and a rallying cry for resistance to climate devastation. Rooting the metaphors of life through which we apprehend God in the land or seaways of our existence militates against the dissociation that has so damaged our earth and our Christian integrity. The call for “ecological solidarity” from a scholar like the Nigeria-born Jesuit Agbonkhianmeghe Orobator foregrounds the spiritual meaning of “ecology” in the binding ties of relationship with the land. It may be too late to save ourselves from the consequences of climatecide, but the sooner we heed the call to eco-missional living, the lighter the weapons of flood and drought we inflict on neighbors who have held a vision of the world itself as sacramental, “a revelatory text of the actions of God.”[2]

The Lens of Postcolonial Theologies

The lens of postcolonial theologies helps us see how even our histories of world Christianity and theology have too often been fashioned through our own external perspective. We have not seen others as they see themselves. Take early twentieth-century Chinese theology, which we can easily read in English through the essays gathered in missionary journals such as the Chinese Recorder—yet this is a theology written for an English-reading audience, and differs markedly from writings centered on the concerns of contemporary Chinese readers. Or histories of the Bible in China, which are histories of missionary translators, whose oral texts were transcribed by Chinese not named in the histories, rather than accounts of Bible reception. We need to become conversant in others’ present-day theologies to understand them more truthfully, as well as for the challenge they bring to the formation of our own.

Recent manifestations of global warming (floods in Pakistan and Australia, record heat in Europe) have reiterated our interdependence. The future of theological education in the U.S. is necessarily a cross-border pursuit. It is predicated on interdependence, on our deepening understanding of each other’s theological insight and expression.

Chloë Starr is Professor of Asian Christianity and Theology at YDS. Her courses explore East Asian theologies, Chinese and Japanese Christian literature, China Mission, Asian American theologies, and related themes. She is the author of Chinese Theology: Text and Context (Yale, 2016) and is editor of a new book, A Reader in Chinese Theology (Baylor).

[1] This short essay draws on Chloë Starr, “Afterword,” from the forthcoming Handbook of Emerging Theologies from the Global South, edited by Mitri Raheb and Mark A. Lamport (Rowman & Littlefield, 2023).

[2] See Agbonkhianmeghe E. Orobator, SJ, “How the world will come to an end—or how we can save ourselves and our common home,” Thinking Faith, Oct. 21, 2021. 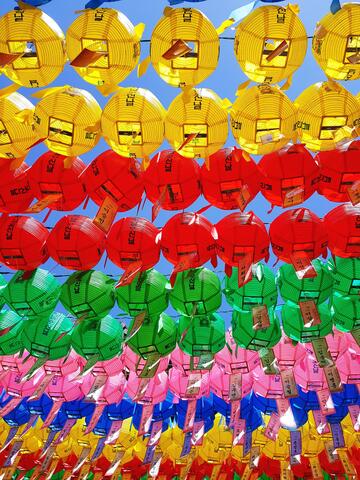