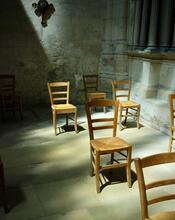 It is no secret that religious institutions have been on the decline in recent years. Attendance is low across virtually all denominations, and young people who would be the future leaders of these shrinking institutions are increasingly likely to say they have no religious affiliation themselves. As we look back to look ahead, the practices that drew previous generations into the world of religion are not holding the same truth for the up-and-coming generations. This has led some to declare that religion is facing obsolescence and its days are numbered. But is this really the case? Are we witnessing the death of religion? Or is something else at play?

If we are to remain relevant, the ways religion has traditionally been done must evolve. We must remain in a posture of listening out for the new models, methods, and ways that God is still moving and speaking today.

When thinking about the future of religion, it is important to keep perspective. As we look more closely, what we see is a world that is experiencing constant change. To name a few things, our climate is tirelessly in change, our politics daily endure change, technology’s default is change, organizations have been pushed to change and family systems are being met with change through their expanding definitions. Every morning we wake up, we hear the news about some type of change. Religion is also being challenged with the opportunity to change. Life is demanding it.

We are living in times where religion’s call is to evolve. Specifically, the call is to meet today’s needs and concerns. For those who influence religious spaces, whether institutions of education, worship centers, or other spiritual communities, the question is: how will you move yourself and the places where you have influence in new directions so that the days don’t become numbered? How will you be a conduit for transformation? How will you grow the community that you serve? How will you use religion to bring together a world that has become so divided? The time would be now to ponder the question of how religious organizations can foster more interfaith dialogue and understanding of each other as we endeavor to move forward. What will religion’s place be in this crucial time?

Though questions persist about the future of religion, we can hold fast to the historic truth regarding it. Religion has steadily remained a powerful social phenomenon that continuously helps to shape and define culture. As we grapple with what place religion will have in this present-day society, and to be sure that it does have a place, we should move towards new ways of being. We foster this by developing new models for ministry, looking towards innovative practices to meet people right where they are, and by having the intentionality to build communities of belonging where all people feel welcome.

During the pandemic, institutions became creative quickly to meet emerging needs. In religious establishments people were asked to take communion at home in alternative ways, music was modified for relevance, funerals were shaped differently, and creeds took on revised languaging to be more applicable. People were met right where they were. To give you an example, a new model took shape before our eyes: the use of technology for religious engagement. If we thought it was going away any time soon once the pandemic was over, I have news for you: get on board. It is here to stay. Technology has now infiltrated religion because when it mattered most, it met a modern-day need. More and more people are using digital devices to connect with religious communities and practice faith. In this way, for some, religion has not met its death. It has simply been transformed and received through a new mode of delivery. Several religious congregations and denominations have caught on to this and now offer online streaming for individuals to participate if they are unable to be present physically or just choose to involve themselves in this particular way. The dual approach is where the next generation is headed.

Apps of the Apostles

Additionally, there are now numerous app-based options that offer access to a broad variety of religious practices, such as meditation guides, prayers, music, and other devotional materials. With these new methods of access, people are discovering and connecting with God outside of the traditional, familiar approaches. We will likely see even more innovation in the years to come. With the emergence of these models, we can say that people have not left religion. It’s just that they are choosing to do it differently than the customary ways previously cultivated.

Will religion disappear? Statistics do show religious institutions in decline. However, that does not mean God is on the decline. If we are to remain relevant, the ways religion has traditionally been done must evolve: at the front of our minds, we must be thinking and praying about strategy, innovation, and implementation. Just because something has always been done a certain way doesn’t mean it has to continue to be done that same way. We must remain in a posture of listening out for the new models, methods, and ways that God is still moving and speaking today. By doing this, we will experience the renewal of religion, not its demise. By doing this, we can move away from a worrisome question like “Will Religion Disappear?”

The Rev. Tamara F. Ravelo ’23 M.Div. is a pastor, ministry consultant, president of the Yale Divinity School Student Government, and proudly represents her people of the Quechan Indian Tribe. She is the first Indigenous student government president at YDS in its 200-year history. 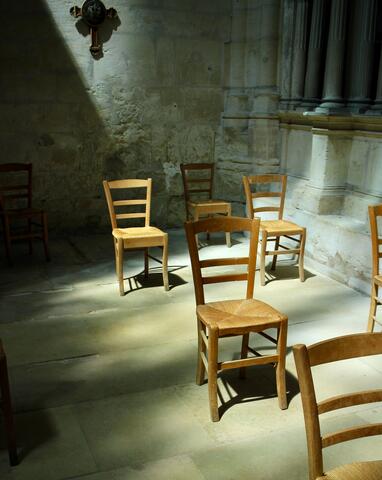