Home » Article » Between Babel and Beatitude

Contents - Between Babel and Beatitude: The Bible in the 21st Century 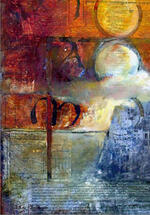 The Bible continues to be a rallying point for many religious Americans and a stumbling block for others who criticize those with religious commitments. The Bible also continues to be used as a tool of polemic or a whipping boy. Should its precepts be set up in public places? Or should instruction in its contents be banned in public schools? Strident voices on the left and right have opinions about the Bible and its place in contemporary American culture. This issue of Reflections will probably not resolve debate about the role of the Bible on the contemporary scene. It will, we hope, say something to both believers and nonbelievers alike about the ways in which contemporary students of the Bible make sense of this complex mélange of ancient law, pious prayer, and moving story.

The world of contemporary biblical scholarship is an amazingly diverse arena in which scholars of different faith commitments, who are steeped in very different modes of inquiry, explore and expound the Sacred Text. Literary critics plumb the symbolism, the irony, and the rhetorical effects of biblical texts while social critics probe the structures of Israelite society and the patronage structures of the Greco- Roman world within which the New Testament took shape. Feminist critics explore the roles accorded to women, listen for their voices, and note the ways in which they can be marginalized. Postmodern critics argue about the ways in which meaning is constructed by the various readers of the texts. The amazing diversity of voices and perspectives, evident every year in the annual meetings of the Society of Biblical Literature and the American Academy of Religion, reflects the diversity of contemporary readers of Scripture in the pews of American congregations.

Despite this diversity in interpretive strategies, the Bible remains a focal point of the faith of most American Christians. Every week preachers take portions of the text as starting points for their words of inspiration and admonition. In churches of all theological persuasions small groups meet to read and reflect together on the Bible or the lectionary readings for the week.

This issue of Reflections, guest-edited by two of my senior colleagues, John and Adela Collins, offers a sample of the rich diversity of contemporary scholarly approaches to Scripture. They bring to the task impressive credentials and intimate familiarity with the complexity of the international scholarly scene. John has contributed significantly to the study of Jewish literature of the Second Temple period through his commentary on Daniel in the Hermeneia series as well as studies of apocrypha and pseudepigrapha. Adela, specializing in the New Testament, is well known for her work on the Book of Revelation and for her recent commentary on the Gospel According to Mark, also in the Hermeneia series. Both have collaborated in the study of apocalypticism, both Jewish and Christian.

This issue also highlights some of the creative ways in which Scripture is being used in the life of the Church. One such experiment is the Yale Divinity School Bible Study program that has begun at the First Congregational Church in New Canaan, Connecticut, where one of our alums and member of our Board of Advisors, Skip Masback, is the pastor. David Bartlett, Lantz Professor of Homiletics Emeritus, and I collaborated to produce video introductions and guided readings for two books of the New Testament and we hope to be doing more in the near future. What we and our friends in New Canaan have already produced is available on the YDS Web site www.yale.edu/reflections/YaleBibleStudy.

The Bible, a focal point for controversy and source of inspiration, occupies a special place in the life of YDS. We hope that this issue will provide a glimpse of the ways in which we engage it and it engages so many lively minds.