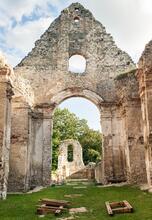 As my 35-year tenure as a United Methodist minister in a New York City congregation draws to a close later this year, I’m awash in a riot of emotions personally and professionally. Some of this is predicable fare—a mix of past-oriented nostalgia, present concerns with transition, and future-oriented wonderment at what’s next. But the larger matters capturing my mental and emotional energy involve making sense of my career (and identity) as the many forms of American church structures crater into rubble.

We all sense it: the power of the gospel has been suffering the death of a thousand cuts. Yet we can also sense incipient resurrection.

Writing seven years ago for this magazine on the future of the American church, I said:

All religious institutions are facing disruption in the current cultural whirlwind. … When I state the church is going away, I do not mean that the Jesus tradition will depart from our land. I mean the current structures fashioned from the threads of that tradition will no longer exist in their current form within several decades. … The cultural tsunami will ultimately destabilize every current formal variation of organized Christianity.

I now restate this “times 10,” shrinking the timeline for structural dissolutions to within the current decade, and for some denominations, including United Methodism, just several years distant.

Well-circulated statistics concerning religious identity are an important tell. In 2007, the Pew Research Center found that Christians outnumbered “nones”—people who described themselves as atheists, agnostics, or “nothing in particular”—by almost five-to-one. Just prior to pandemic, that ratio had drastically declined: Christians outnumbered nones by little more than two-to-one. This is a breathtaking pace of change. And the nones’ share of the population continues to climb about 1 percent every two years. If current trends continue the nones will soon be by far the largest religious demographic in the U.S.

Changes like this, apparent in 2015, are far outpacing the planning capacity of church systems. Two significant catalysts for this turbo-charged pace: an evolving social media/technology that is fueling massive cultural and institutional corrosion; and pandemic. The latter has captured the church’s focused attention; the former has not.

Covid lockdown instantly thrust churches into crisis mode. Though I was considering a shortened timeline for my retirement, the pandemic immediately set that on a back burner, given the pastoral necessities in an active congregation facing a global emergency. Before 2020 Christ Church had no real digital presence to speak of beyond an active website. We weren’t streaming or producing digital content, and Zoom had only been a public company for a year. 2020 was the year Zoom rode the pandemic to skyrocketing success. Along with everyone else, we had to learn the ropes of virtual church. We’re still learning.

Church life has been irreparably changed by long-term sequestering and the burst of virtual content. Before Holy Week this year our in-person attendance was hovering between 30-40 percent of pre-pandemic levels. People are still re-organizing their lives as they take off their masks and get reacquainted with personal freedom. Will old worship disciplines return? No one knows. And what of the meaning-making dynamic between virtual and in-person spiritual expressions? How do they differ? Will they evolve together? Hard to parse. A theological task looms large in the emergent gap addressing the question, “What practices, behaviors, and commitments necessarily flow from incarnational faith?” What does the body of Christ mean?

As for social media/technology fueling institutional corrosion, the church has been, at best, indifferent, or, at worst, complicit in its unexamined participation in these all-consuming systems degrading our common life. In a searing critique of current conditions in The Atlantic recently, social psychologist Jonathan Haidt reminds us, “Social scientists have identified at least three major forces that collectively bind together successful democracies: social capital (extensive social networks with high levels of trust), strong institutions, and shared stories.” His main point: social media platforms, especially, have been corroding all three at an alarming rate.

I find the church’s silence on these matters deafening. Instead of shepherding an ambitious debate on the forces of corruption of the common good, churches have in turn become as dependent upon these platforms for advancing their reach and brand as any secular entity. I don’t have an antidote other than to suggest this discussion is now overdue, and the church’s own countercultural gospel vision and post-pandemic agenda ought to include a renovated commitment to the health of society.

Here’s the irony for me: while I’ve been made exhausted and bewildered by this cultural tsunami overwhelming the church, it’s been accompanied by a surprisingly energized personal optimism concerning what’s possible in these next years. From out of the ensuing rubble of pre-pandemic church systems arises a once-in-a-generation—or better, a once-every-five-hundred-years—opportunity to rearticulate what it means to follow after the way of Jesus in the 21st century and beyond.

Phyllis Tickle’s now routinely referenced observation in her 2008 book The Great Emergence, that we’re currently in the midst of a major inflection point that occurs about every 500 years, seems apt. Though this timeline is difficult to comprehend experientially, the evidence we can assess suggests the truth of it.

It’s a very big deal. We all sense it: the power of the gospel has been suffering the death of a thousand cuts. Yet we can also sense incipient resurrection. After all, God’s primary business is bringing life out of death. This is the very heart of our faith. Our moment is rife with opportunity for the church to reclaim this holy agenda. It begins with the death of institutional self-preservation and naval-gazing, and a rebirth of its essential commitment to re-energizing the prophetic call to justice, righteousness and peace while walking humbly with God.

The Greatest of These

The church reborn will embody God’s revelation: that all persons and peoples fall within the bounds of God’s love, no one excluded; that wealth is not a marker of God’s special favor and that all deserve to share God’s bounty; that the earth, God’s first testament, has been ravaged by humanity and cries out for healing; that those who share the mind of Christ set their sights on the things above, where Christ dwells; that integrity, humility, mercy, kindness, and forgiveness are the building blocks of healthy community; that citizenship in God’s sovereign realm trumps all other citizenships; and that faith, hope and love abide, and the greatest of these is love.

It’s exciting to consider. Despite the very real hard work and institutional pain ahead, the opportunities this moment presents for the Christian church are nothing short of awesome.

The Rev. Stephen P. Bauman ’79 M.Div. is senior minister of Christ Church United Methodist in Manhattan and a member of the YDS Dean’s Advisory Council. 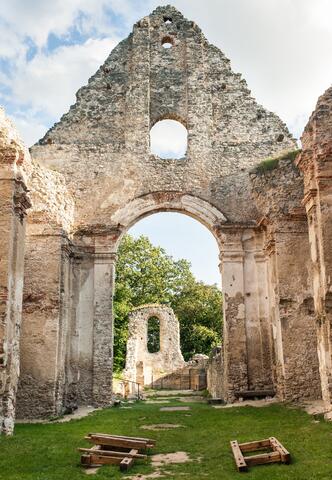