“Have You No Faith in Each Other?” 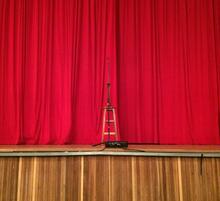 Mark’s version of Jesus calming the storm was the first pericope I ever learned word for word. I memorized it on a fateful road trip at the age of six.

In that moment, the community saved me.

My father is a meticulous planner, and he poured months into the agenda, activities, and performances. So immersed was he in the work of the conference, he forgot all about learning his own assigned story—that of Jesus calming the storm as described in the Gospel of Mark—until we were getting in the car to make the drive from Philadelphia to Ocean Park, ME, for the event.

Yeah, I Got This

Jotting the six verses on index cards and taping them to the steering wheel, he drove as I listened to him rehearse this story for the entire ten-hour trip. The sponge that was my six-year-old brain sopped up every word. As we pulled into the parking lot of the conference center, I reached forward from the back seat, tapped him on the shoulder, and said: “Hey Dad, you know, I could help you tell this story!”

In the rearview mirror he held my gaze. After a pause, he responded: “Great! Why don’t you do the sound effects of the storm while I tell the story?”

Sound effects, I thought, yeah, I got this. I gave him the thumbs up.

The event was amazing. His scrupulous planning paid off. The storytellers offered a glimpse of the dynamic nature of the early Christian tradition as it might have been experienced before it was written down in its now static form.

The final night arrived. My dad and I ascended the stage. He stood close to the crowd with a microphone, while I sat just behind him on a stool with a stationary mic.

He began the story, “On the evening of that same day…” Moments later, he gave me my first cue: “… and the wind rose up …” Dutifully, I cupped my hands around the microphone and recreated the sound of the squall. Then, my second cue: “… and the waves began to crash …” I interspersed crashing noises with the blowing wind.

A Storm on Stage

As I continued my soundscapes, I awaited the concluding lines that would signal my final contribution: “And the wind and the waves were stilled.” But my dad had stopped talking. He was looking out at this crowd of international storytellers … who were not looking back at him.

They were looking at me.

My dad turned and looked at me, too. His face appeared blank, pale, confused. He looked back at the audience, whose collective gaze was still fixated on the six-year-old making wild storm noises into the microphone as the sound boomed around the venue.

Still looking at me, he shrugged, turned to the audience, and stammered, “I … I … I forget the rest of the story.”

So distracted was he by the inattention of the audience that he quite literally forgot the final three verses of a six-verse story. He picked me up under one arm and pushed behind the burgundy curtain that served as our backdrop.

As I later learned, he was so exhausted from coordinating and implementing the event and so unnerved by the audience that he fell into confusion and truly did forget the rest of the story. But in that moment offstage, as he put me down, all I knew was embarrassment and shame.

It felt like a storm of shame, really, buffeting me from all sides as my face flushed and my knees went weak. I felt exposed, vulnerable, and terrified.

As we huddled, we heard a lone person begin to clap. Then a few more started to applaud. Within seconds we heard cheering and whistling, and we peered out from behind the curtain and saw an entire auditorium on their feet, or with hands raised over their heads, cheering.

In a week-long event oriented around performance, it was the only standing ovation given.

My dad pointed at them, and said, “They are clapping for you.” My pulse slowed, my heart swelled. To me alone, my dad finished the story as he whispered, “Peace, my son, be still. Have faith in these, our friends.”

In that moment, the community saved me.

I could draw various points from Mark’s story of the storm that connected with our experience of telling it that night, just as there are direct parallels to be drawn between Mark’s story and these pandemic times.

One stands out to me. In various translations, including the NRSV, Jesus asks the disciples, “Have you still no faith?” If we examine this word “faith,” it is a bit ambiguous. In early Greek, it would be translated as “trust.” Even in Biblical Greek, if it indicates faith in God, specifically, it often includes an additional identifier.

All in the Same Boat

When Jesus asked, “Have you still no faith?”, did he mean faith/trust in God? Or did he mean their faith/trust in himself? Or, knowing that he was speaking to people who had grown up on the water, seeing how swiftly storms descend on the Sea of Galilee—not to mention what these followers had endured as they had journeyed with Jesus—was Jesus asking them: “Have you still no faith in each other?”

He had been asleep. He trusted that those who had grown up tending boats and fishing would know how to work together to navigate storms that descended on those waters so quickly and frequently.

Pandemics do not descend frequently—thanks be to God—but humanity has endured them before. At various points since March 2020 we have, indeed, been physically separated by necessity, but that has not prevented people from coming together in other ways. I have witnessed churches and other communities, including Andover Newton Seminary at Yale Divinity School, the school that I serve, find various ways of coming together, supporting each other, navigating the trials and tribulations the past two years have wrought.

But I have also witnessed firsthand what happens when communities leave their care strictly to pastors, chaplains, or other leaders. Exhaustion. Burnout. The church has not been immune to the Great Resignation after all.

I have offered some version of this reflection on Jesus calming the storm six or seven times over the past two years in local church settings. My clergy colleagues have expressed both gratitude and relief that I have asked their congregations to bear some of the weight of sustaining community. Many people of faith may not realize how much of the pandemic-era burden unrealistically falls to the leaders, pastors, and professors to care for the community, congregation, or classroom, while they are also expected to navigate their customary day-to-day responsibilities at work and at home—realms now blurred by the requirements of social distancing.

During Andover Newton Seminary’s recent Bauer-Broholm Lecture, pastor and author Melissa Florer-Bixler talked about twelve of her clergy colleagues who not only resigned from their parishes over the past year but left ministry altogether. Expectations placed upon them were simply too insurmountable.

Leadership is not only about giving direction, but about encouraging and empowering and modeling good self-care. These facets of leadership require intentionality. From an ecological reading, the definition of “community” in the Oxford English Dictionary is “a group of interdependent organisms.” Communities—whether church or academic—might thrive if they recognized and took ownership of their interdependence, instead of relying or depending on individual leaders who, in their own humanness, can only do so much.

Today, I believe Jesus is calling out to us—both inspiring us and commanding us—to take responsibility for the communities that have formed us. Instead of allowing congregations to become dismantled and dashed by the storm of pandemic, Jesus’ question echoes down two millennia as a challenge: “Have you no faith in each other?”

Whether we are tossing the life preservers to those flailing in the frothing sea, or latching our arms through them ourselves to get pulled back safely to the ship, we are called to awareness of the importance of community care in a time of community trauma. I pray there will come a time when we can join our voices as one and say: “Peace, be still.”

Ned Allyn Parker is Associate Dean for Institutional Advancement at Andover Newton Seminary at YDS, where he is also a lecturer for Andover Newton’s Colloquium I each Fall semester. He is ordained in the American Baptist Churches USA. 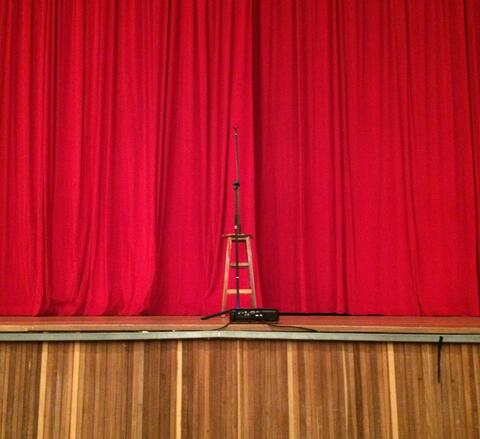