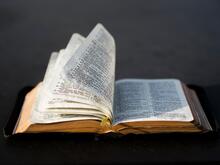 I lost my church community to Covid, or maybe it was during the pandemic that I realized it was lost to me. I am an evangelical Christian missionary kid who attended high school in Ecuador and enlisted in the United States Marine Corps with a Master of Arts in Religion from YDS. I missed my Yale commencement ceremony in New Haven because my presence had been requested at Marine Corps Recruit Depot, Parris Island, S.C. My recruiter told me not to tell my drill instructors that I had gone to Yale. I didn’t.

Those who once felt compelled to reject their church may now realize that what they had rejected was not their faith at all, but a politically focused social group seeking power.

Now I am an attorney. Last year an evangelical Christian Marine asked me about getting a religious exemption so that he could refuse the Covid vaccine. During bootcamp, there is a day when every Marine rolls up both sleeves and walks down a line of inoculations. Why was the Covid shot different? And why was it being resisted by evangelical Christians?

A High Regard for Scripture

I grew up Baptist and evangelical. Traditionally such believers describe themselves as having a high regard for the Bible as the ultimate authority for life and faith. It is customary for them to cite scripture and examine their lives through the lens of the redemptive story described in the Bible.

The stress of masks, vaccines, and political polarization during the pandemic changed this. Pastors still quoted verses, but they were not always Bible verses. At one point, when Covid cases were filling up hospitals, and people were dying, and the Centers for Disease Control recommended wearing masks to prevent the spread, I asked pastors why they refused to comply with their governor’s mask mandate requiring everyone over the age of two to wear masks at indoor public gathers. There was even a potential fine of $5,000 per offense. Their responses were immediate:

• It’s separation of church and state.

• If the state can make me wear a mask, what will they make us do next?

• We’re not going to defend or enforce the governor’s laws and message.

None of these are Bible verses—but they were quoted with religious conviction.[1]

The pastors I encountered did not mention—even to dismiss—Bible verses calling on every person to be subject to the governing authorities because their authority comes from God (Romans 13:1), or to “submit yourselves for the Lord’s sake to every human authority: whether to the emperor … or to governors” (1 Peter 2:13), or to “love your neighbor as yourself” (Matthew 12:31). I tried to suggest how it would be wrong if I started smoking marijuana during their next worship service: pot smoking was illegal in the state, and it could affect the health of those around me. They agreed. I pointed out that not wearing a mask was also against the law, and that its purpose appeared to be to protect the health of others. They didn’t appreciate the analogy. The irony was lost.

There was still a script, but it no longer required scripture. It had become a political movement where white evangelical Protestants were six times more likely to be “vaccine refusers” than those identifying as “other Christians,” according to PRRI research last year. Further, a remarkable shift has occurred over the last 15 years—an increase in people choosing an evangelical identity, especially non-churchgoers, because that identity aligned with the Republican Party. “Instead of theological affinity for Jesus Christ, millions of Americans are being drawn to the evangelical label because of its association with the G.O.P.,” political scientist Ryan Burge wrote in 2021. For many, being evangelical was synonymous with being politically conservative, voting for Trump, and opposing the Covid vaccine.

Pastors who defended these trends argued that the church in America had wrongly and for too long abdicated power to the state, and it was time to reclaim that power. These believers vowed to no longer retreat from society like the church did when it sat silent as human evolution began to be taught in schools, or like it did when official school prayer was ruled to be inappropriate in public schools. It was now time for such Christians to pick up their flags and take the gospel to society. I recognized the sermon, but not from the Bible. It was preached by then-President Trump on January 6, 2021, when he said, “We will never give up. We will never concede. We will stop the steal!”

In the pandemic many people of faith feared the church would lose its sense of community. Maybe though, for the first time, they were experiencing the loneliness that comes with trying to live in a Christian community that suspects you may not believe like them, and you fear they may be right. Galileo witnessed the earth rotating around the sun. Darwin observed what appeared to be the adaptation of species. Some will publicly deny such things—deny the truth about the world or about themselves in order to remain in their community. Others leave Christianity altogether, unwilling to assent to the assortment of irrelevant badges required for admittance.

My uncle once told me there are three categories of people in the world: friends, enemies, and family. Sometimes family may feel like friends, and sometimes they feel like enemies, but they cannot be either. Family is its own category, and always would be. This is how I viewed the evangelical Christian community prior to the pandemic. It was my family. It was the community of faith that defined my identity, and where I belonged. But what happens when the definition of family changes? Do you change the subject, argue for acceptance, or leave the table when you no longer belong?

The pandemic revealed that what some had packaged as Christianity was really an amalgam of politics, faith, and culture that had moved past the Bible and become something new. And for me, this revelation was good. Questions of “Am I crazy?” moved to “This is crazy,” and then a search for “Who else sees this is crazy?”

And there are others like us. Many individuals of faith may be on a similar journey, questioning whether to tolerate new beliefs and stay, or acknowledge they can no longer fit in a community that seems defined not by faith but by a checklist for a new orthodoxy rooted in politics, race, gender, and sexual orientation. The irony of the pandemic’s forced isolation is that you might learn that you are not actually alone in what had felt like a lonely quest for faith. The current-day political evangelical litmus test has been broken, and a new community of faithful seekers is forming around coffee tables and even online. Those who once felt compelled to reject their church may now realize that what they had rejected was not their faith at all, but a politically focused social group seeking power.

In this, perhaps, our pandemic-imposed isolation will lead to reestablishing Christian community not as a socio-political clan of the religious, but as a community of Christian believers.

Dwight M. Kealy ’96 MAR is an attorney and a professor of business law at New Mexico State University. He served in the US Marine Corps from 1996 to 2002 as an intelligence analysis officer, platoon commander, and an Arabic/Spanish linguist.

[1] For a more detailed treatment, see Dwight M. Kealy, “Would You Change Your Religion for a Religious Exemption to the Covid-19 Vaccine?”, Canopy Forum on the Interactions of Law & Religion, Jan. 28, 2022. 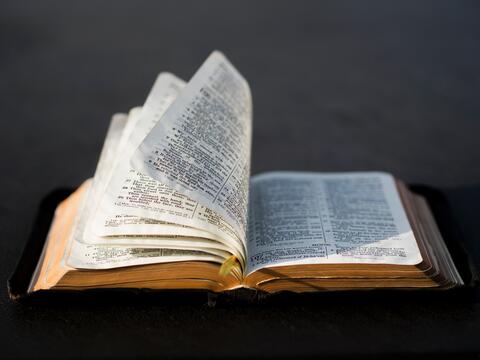