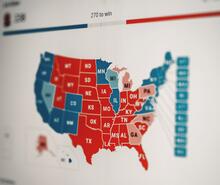 By Jere A. Wells

About this time last year, The New Yorker ran one of those cartoons that capture our contemporary moment. Two young women are sequestered in their apartment, one staring fixedly at her cellphone while the other wistfully muses, “I can’t wait to forget everything I learned about myself during quarantine.”

How can two great challenges of our time—the imperative for justice and the imperative to restore relationships and civil discourse—be addressed concurrently by people of faith?

I shared that cartoon, which I titled “Pandamnesia,” with my educational leadership and ministry class (ELM) at YDS last fall. “What,” I asked the students, “should schools learn about themselves, and maybe education more broadly, as a result of the pandemic? In our eagerness to get back to the familiar, cherished routines of school life, what lessons are we likely to overlook?”

Another question posed to that class was, “In light of the increasingly polarized nature of our political and social lives, how do we as educators minister to all of the different constituencies, some of which are more active or pronounced than we might have previously understood?” We were reflecting on George Packer’s article in the July/August 2021 issue of The Atlantic, “How America Fractured into Four Parts,” which was based on his recent book Last Best Hope: America in Crisis and Renewal. Packer describes the four factions as “Free America,” “Smart America,” “Real America,” and “Just America,” explaining the origins and defining features of each, and the great challenges of reconciling them.

What Have We Learned?

As became increasingly clear over the semester, answers to the first question—”What has the pandemic taught us?”—were often functions of the second—”How do we respond to our deeply divided society?” What we have learned from the pandemic about ourselves and our educational institutions depends very much on our particular identities within our fragmented national culture, identities that often perceive the same thing in quite divergent ways. A recent study about how Democrats and Republicans (to conflate Packer’s four into two) perceive the pandemic itself provides one telling measure: a majority of Republicans have significantly underestimated the likelihood of being infected even if unvaccinated, while a majority of Democrats have significantly overestimated the likelihood of being infected, even if they are triply vaccinated.

Never in my 45 years in education have I seen the cultural fault lines so stark and irreconcilable, and those fault lines are rapidly rending seemingly settled matters of curriculum and pedagogy into wide gaps of conflict. The reforms that I and most of my colleagues for years took for granted as sensible improvements to education have now become openly contentious. Take Social-Emotional Learning (SEL), for example. For the past couple of decades, educators, especially at the primary and middle-school levels, have been devising strategies to help school children develop non-cognitive capacities that support not only their academic growth, but also their personal character. Some parental pushback has always been part of any change initiative, but it has recently reached a new high, based largely on the concern that the school is increasingly assuming the prerogative of moral formation, which, the argument goes, is primarily a family matter. The recent gubernatorial election in Virginia provides a good example of that concern’s potency in the political sphere.

Disagreements over the values taught in school are nothing new, but the pandemic has exacerbated them. It has, predictably, increased our country’s fear levels, and fear-mongering in the public sphere has itself reached pandemic proportions. Schools that close, then open, then close, schools that have mask mandates (or don’t enforce mask mandates), schools whose teachers protest over safety concerns (or just quit altogether) can strike the same center of anxiety that curriculum concerns sometimes do, ginning up a vicious cycle of fear about how much control we are losing over our children’s future.

The recent decision by a school board in Tennessee to remove from the curriculum the graphic novel Maus, the Pulitzer Prize-winning story about the Holocaust, is not an isolated case from the land of the 1920s Scopes Trial; throughout the country, parents in both public and private schools are demanding greater oversight over curriculum. The common purpose of schools in forming citizens for a functioning democracy is increasingly being privatized by parochial interests. Not only has the pandemic exacerbated fear levels, but the lack of time in school together has eroded the sense of community that can keep disagreements civil. In addition, our education-related terminology has kept pace with the rising fear levels. A virus may be “infectious,” but we are also more inclined to perceive some social aspects of school culture as “toxic” and uncomfortable ideas can “do violence.” The expansive use of the word “trauma” has long since overflowed the banks of clinical precision. Yes, the cultural wars predate Covid, but the pandemic has served as an accelerant of a now-raging fire.

The two aforementioned questions began our ELM course this past fall. The question that we tried to conclude with was, “How can theologically trained educators address this moment in the communities they serve?” Someone who sees education as ministry, and especially a chaplain, might ponder to what extent should reconciliation among our culturally entrenched and embattled factions be as important as the personal interests that educators may have—even matters of social justice to which many are drawn.

In many ways, it’s just a current-day version of the age-old question about the extent to which the minister is a pastor or a prophet. The pandemic has certainly called the chaplain/teacher—ordained or lay—increasingly into pastoral mode. Apart from the politically inflected issues that the adults may be fighting over, the world of children and adolescents has seen already-alarming trends in stress and anxiety skyrocket. Concerns about personal identity, success, safety, popularity—all stoked by social media—have been compounded by the pandemic and the resulting social isolation, and these trends cut across all segments of society. At the same time, what is sometimes referred to as the “other pandemic”—the persistence of social injustice, especially with regard to systemic racism—has also called the chaplain/teacher increasingly into prophetic mode. In the wake of George Floyd’s murder, schools’ renewed commitment to changes in curriculum and the school’s social climate align with the moral education at the heart of religious studies.

One answer to the pastor-prophet question that is both simple in schematic terms and enormously complex in practical terms is “the optimal combination of the two.” How can two great challenges of our time—the imperative for justice and the imperative to restore relationships and civil discourse—be addressed concurrently by people of faith?

Berkeley/YDS graduate Robbie Pennoyer’16 M.Div. relied on that combination of qualities last spring at his school in New York. Pennoyer, who is currently assistant head and come July will become head of Grace Church School in Manhattan, helped the school navigate a divisive moment that is all too familiar in schools today. Parental concerns about a purportedly “woke” agenda in the school made their way into the news, with the predictable result of inflaming the situation. Rather than rush to defend its policies, the school, with Pennoyer’s guidance, responded with a listening campaign, creating a task force of 14 parents and teachers meeting over several weeks to share perspectives and concerns, eventually moving from suspicion and anxiety to common ground. For Pennoyer, the process drew on skills honed at divinity school. Spiritually centered leadership can, he told me recently, “go where there are divisions, turmoil, conversations that need someone to facilitate them…[it’s] a pastoral calling to look to higher values to navigate disagreement.”

As elusive as that combination may be, especially if undertaken with integrity, it does appear to be the challenge of our time, requiring wisdom, patience, humility, and perseverance—qualities that divinity school may be the best place to nourish.

Jere A. Wells is the director of ELM, the Educational Leadership and Ministry Program at Yale. Sponsored by Berkeley Divinity School, the Episcopal seminary at YDS, ELM provides academic courses and fieldwork experiences for YDS students of all faith backgrounds who are interested in the ministry of working with young people in school and college settings. Wells joined the YDS community in 2016 after a career as an educational leader in boarding and day schools. 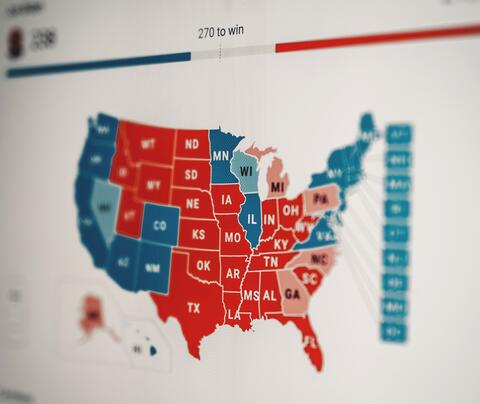