Resurrecting from Covid: A New Normal on the Road to Emmaus 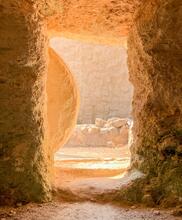 When Jesus appeared to Cleopas and an unnamed disciple on the road to Emmaus, he brought an end to the nightmare they had been living for three days. Disheartened by Jesus’ crucifixion and unaware of his resurrection, these two disciples did not initially recognize the Savior.[1] Similarly, we who are living through the Covid pandemic long for a kind of awakening, even a resurrection. Our world shut down in previously unimaginable ways and now is cranking back up in fits and starts—a variant here, a variant there, the relaxing and re-tightening of restrictions.

But what kind of resurrection will this be? Like Cleopas and his companion, will we find Jesus in ways we did not before? Like Jesus’ glorified body and the disciples’ deepened faith, will we be a better version of ourselves? What will it look like for us to emerge from the pandemic?

In the short term, we are still dealing with questions about how to sustain community while social distancing. We still face uncertainty. We are still arguing over whether vaccines should be mandatory. Those are all important, practical discussions and debates. But I wonder what changes we will have made once we are beyond the pandemic. We often hear the phrase, “new normal,” but what is this new normal we want to see?

I would argue that any change we want to see around us begins with a change within us.

The words of a famous 1980s pop song put it nicely,

“I’m starting with the man in the mirror,

I’m asking him to change his ways,

And no message could’ve been any clearer,

If they wanna make the world a better place,

Take a look at yourself and then make a change.[2]

So, I ask: will we walk more closely with Jesus than we did before the pandemic? During our periods of social distancing and shutdowns have we used our solitude to read our Bibles and pray alone with God? Have we increased our personal devotion to the Lord? There’s another song I love that says,

And He walks with me,

And He talks with me,

And He tells me I am His own,

And the joy we share as we tarry there,

None other has ever known.[3]

That’s the kind of relationship I want with Jesus. Even if our time at home during the pandemic has given us an excuse—and I will be the first to admit it—to increase our time on Netflix or other diversions, it is not too late to make a change. I am not the only one who thinks so. At the beginning of this year, the two most popular podcasts in the U.S. both featured daily Bible reading through the year (scripture reading and a short explanation). As I write this, these podcasts are still in the top rankings on major platforms.

Personally, I enjoy listening to the Bible in the morning while getting ready for the day or at night before bed. You might listen in your car or while cooking. Doing so can remind us of the nearness of Jesus in our day-to-day activities and open our hearts to hear God speak at any time. Our world desperately needs God’s voice if our new normal is to be a better normal.

Or conversely, have we shunned those with whom we disagree? Do we simply talk past one another and pat ourselves on the back for what we think is righteous indignation? How many Facebook friends have you lost or deleted in the past two years? We love to reinforce our own opinions; and the pandemic, together with other agonizing social crises in recent years, has provided numerous opportunities for us to do so.

One of those social emergencies consists of the racial inequities the pandemic has exposed. Even when these inequities are discussed, Native American communities tend to be overlooked, despite being hard hit by the pandemic. Isolated communities, cramped living quarters, limited access to quality healthcare, and other conditions have resulted in a disproportionate number of Native American deaths. At one point, my brother, a pastor on the Crow Reservation, was receiving more requests to perform funerals than he could accept. According to the Indian Health Service, “American Indians and Alaska Natives have infection rates over 3.5 times higher than non-Hispanic whites, are over 4 times more likely to be hospitalized as a result of Covid, and have higher rates of mortality at younger ages than non-Hispanic whites.”[4]

The body of Christ could do a better of job responding to this disparity. At a bare minimum, our pastors could acknowledge it in their sermons. This starts with pastors’ efforts to be informed and build meaningful relationships with Native Americans. Recently, I listened to a sermon in which a white preacher spoke extensively about the pandemic. In a stated attempt to counteract widespread “fear” (implicitly attributed to the “media” and the “government”), he claimed that the U.S. death rate was not significantly changed by Covid and declared, “People die all the time!” Several Native Americans were in the congregation, including a Lumbee man who lost his father to Covid in 2020. Had this pastor been more deeply connected with Native American communities—including the individuals in his church—he would have found it more difficult to ignore the devastating effects of the pandemic.

While it is true that the machinery of the American news media contributes daily to a sense of anxiety among Americans, it is also true that the apocalypticism of some churches and denominations has a similar effect. I have heard more than one preacher cite the pandemic as a sign of the “end times” over the past two years. The problem is that some groups of people have the privilege of experiencing widespread traumatic events as “unprecedented.” (Here I am drawing on the work of Professor Eboni Marshall Turman, with whom I have studied ethics during my time at Yale.) In reality, Covid is neither unprecedented nor a sign of the end. The world survived the Great Influenza of 1918. Before that, the world survived the bubonic plague. Native Americans survived the smallpox epidemics introduced by colonization. We have seen this all before. Indeed, for over 500 years we, Native Americans, have been living under the threat of the “end times,” as it were. The key difference is that the Christianity of Native Americans (and other disadvantaged groups) makes room for trauma and suffering, thus avoiding an apocalyptic knee-jerk reaction to catastrophes.

Can this change? That is, can Anglo-American Christianities adapt, in a healthy way, to the effects of the pandemic? And can we all, as the body of Christ, emerge from this pandemic better than we were before? (I say that with deep sympathy for those who have lost loved ones, lost businesses, or lost something else meaningful to them. The people we love and even some of the things we cherish cannot be replaced.)

By “better,” I am referring to our theologies, our character, and our sense of connection with each other. Can we take meaningful steps toward, for example, racial equity, especially in those areas of need that have been exposed by the pandemic? Can we find ways to be inclusive while making room for diversity of opinion? Can we use what we have learned during the pandemic to make our churches more accessible to those with disabilities? The list goes on.

When Cleopas and the other disciple returned to Jerusalem from Emmaus, they went back with a new understanding—and with joy. They had seen the risen Christ. May we also recognize the presence of Jesus among us so that we can joyfully emerge from this pandemic with a deeper sense of mutual understanding, belonging, and love for our fellow humanity.

I’noli Hall is a third-year M.Div. student at Andover Newton Seminary at Yale Divinity School. He is an enrolled member of the Chowanoke Nation and president of Native Crossroads, a student group that celebrates Native presence and scholarship at YDS. This article is adapted from a sermon he preached in January of this year for Andover Newton’s Seminary Sunday, inspired by the school’s 2021-2022 theme, “Emerge, Gather, Belong.” 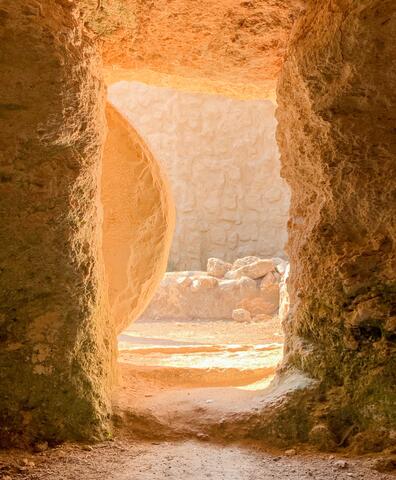