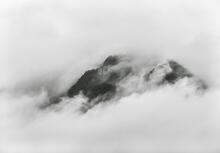 “Sometimes it feels like the end of the world.” Variations on this sentiment have been confessed repeatedly over the past two years. The words themselves muffled by masks, transported through phone lines into hospital rooms, mouthed (often muted) into Zoom rectangles. It may not have been the end of the planet, but Covid replaced much of the familiar with ancient fears and harrowing disruptions.

Our church avoided catchy marketing slogans because no one knew what the next day would bring. Instead, we did what we knew: we prayed, sang, grieved, cared, and shared.

People of faith have long been intrigued by apocalyptic prophesy, but Christians are also captivated by the other meaning of apocalypse: unveiling. We are on the lookout for apocalyptic moments not because something might end, but rather because something monumental might be revealed. Christ’s transfiguration was apocalyptic in this second sense. The transfiguration did not transform him; rather it shifted his disciples’ vision so that they could see what had been in front of them all along.[1]

In this way the pandemic could also be viewed as a transfiguring event. For all our talk of what has changed, it may be more accurate to say that the pandemic did not alter, but rather revealed the current strengths and struggles of the mainline American church. Recent trends that we had caught mere glimpses of now used the pandemic to open our eyes and knock us right to the ground.

It wasn’t all bad. As people of faith we were uniquely prepared for the seismic cultural shifts brought by the pandemic. We are the keepers of ancient stories, reminders that we are small yet treasured creatures in the hands of something big, unknowable, and sometimes frightening. These stories teach that vulnerability is not an aberration, but the truth of a world created in love. There is a paradoxical comfort in being pushed out of the cultural deserts of invincibility and false immortality that plague us. In being forced to acknowledge the awful costs of this vulnerability not from the customary isolation of a doctor’s office but in the shelter of community, we were given an opportunity to experience something holy. In a land of celebrity preachers, church leaders received a bracing reminder that our education and charisma don’t have the last word—that we are, at the end of the day, first responders to that which is far bigger than our intellect or skill set can comprehend.

And of course, parts of it were bad. Very bad. Aside from the devastation of lives lost, the pandemic cast a spotlight on the many places where the church is struggling. We were revealed to be a people who enjoy talking about sacrifice but try our best not to practice it. Rather than serving Christ by seeking the good for the most vulnerable, we were confronted with our own utilitarian instincts, instincts that privilege not the good of the many but the comfort of a powerful few. When services are virtual it becomes easier to click anonymously through the various Sunday morning options, fracturing our attention between whichever congregation provides the best music, preaching, or highest production value with no expectation (or desire?) for mutual engagement or service. None of these fractures arrived with Covid. The pandemic just forced the church, and particularly church leaders, to face our broken places with new eyes. The community that could have sustained us during this time of struggle often proved itself unprepared, or unwilling, to do the challenging work of following Jesus.

Much of the time it felt as if pandemic church was caught up in a cloud. Visibility was low, the path ahead unclear. As Barbara Brown Taylor ’76 M.Div. writes, being in a cloud means you’re literally walking by faith, and not by sight. We can’t force the clouds to break—we can simply wait in their presence until the next path is made known.[2] In the cloud, many of our congregations turned to ancient wisdom. We realized that we held within us the sacred tools of our spiritual ancestors. For my church, that meant abandoning a committee-based caregiving system in favor of the age-old deacon model. Each deacon was paired with a set of households, pulled together by geography, age, or interest, to reach out to on a regular basis. People who hadn’t been connected to the church in any meaningful way for many years were communicating again. We wrote letters—lots of them. Letters from Session members, from the pastor, from preschoolers.

When we couldn’t worship together, we used anything we had at hand. Like people throughout the ages who have worshipped in caves and monasteries, in crowded households and hospitals, we adapted a liturgy crafted for a sanctuary so that each person was welcomed as, and where, they were. We helped young parents discover the joys (and challenges) of shepherding their children’s faith formation at home. The church started a fund to help anyone in the community with food, housing costs, and utilities. We avoided catchy slogans and marketing initiatives because no one knew what the next day would bring. Instead, we did what we knew: we prayed, sang, cared, practiced generosity, and grieved as a body scattered but never more aware of what we shared.

In the cloud of the transfiguration story, the disciples were told to listen. Not to tradition or custom, not to the powerful voices that surrounded them, but to Christ. Listen to him. As we were confronted with the multiplicity of voices that clamored for our loyalty during the pandemic, we became viscerally aware of the discipline it takes to listen faithfully and the peril of not doing so.

Every church had to decide from whom we would take direction as we navigated the challenges of Covid. Even when these voices came with the reassurance of scientific credentials, we understood that tomorrow we might learn something entirely new, something that would force us to wrestle once again with what following Christ looks like with a fresh set of data. So, too, we witnessed the devastating costs when we listen to the voices of those who are concerned only with their own power. Like the first disciples, we were faced with the inescapable truth that communities who listen well can do all things, and those who fail to listen faithfully fall to misfortunes far more insidious than Covid.

Listening faithfully opens doors to new ministries, efforts that might not have emerged had our ears been tuned only to what had worked in the past. My congregation started a craft beer club that brought together people who never saw eye-to-eye on much of anything before they realized they shared a love of local stouts. They converted a church-owned building into low-income housing, a project that would have sounded too intimidating to take on prior to the pandemic. They invited family members to take part in streamed concerts and Bible studies. The pandemic taught them their own resiliency, made them less concerned about making waves, and more willing to ride them.

What the pandemic revealed about who we are will take a lifetime to figure out and generations to make sense of. Perhaps the goal, as with any apocalypse, is not to understand it, but to respond to its invitation.

The Rev. Caroline Cupp ’08 M.Div. is Executive Pastor at First Presbyterian Church in West Chester, PA. A bioethicist and chaplain, she is the co-author of the upcoming picture books How We Play and How We Talk (Dial), which feature the stories of parents and children with disabilities. She lives outside of Philadelphia with her husband and five-year-old son.

[1] Luke 9:28-36: Now about eight days after these sayings Jesus took with him Peter and John and James, and went up on the mountain to pray. And while he was praying, the appearance of his face changed, and his clothes became dazzling white. Suddenly they saw two men, Moses and Elijah, talking to him. They appeared in glory and were speaking of his departure, which he was about to accomplish at Jerusalem. Now Peter and his companions were weighed down with sleep; but since they had stayed awake, they saw his glory and the two men who stood with him. Just as they were leaving him, Peter said to Jesus, “Master, it is good for us to be here; let us make three dwellings, one for you, one for Moses, and one for Elijah”—not knowing what he said. While he was saying this, a cloud came and overshadowed them; and they were terrified as they entered the cloud. Then from the cloud came a voice that said, “This is my Son, my Chosen; listen to him!” When the voice had spoken, Jesus was found alone. And they kept silent and in those days told no one any of the things they had seen. 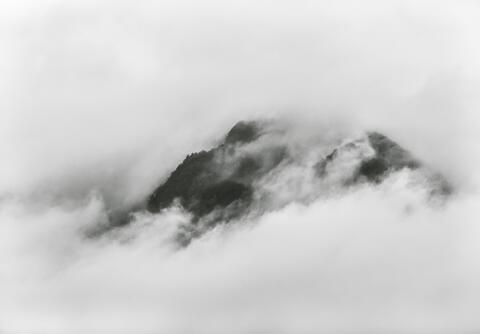