From the Editor: Off-White 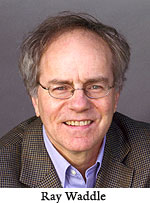 There’s a satirical website called “Stuff White People Like” (created by a white blogger) that pokes fun at the trendy passions of white folks, at least certain kinds of whites (liberal, urban). The list of favorite white things includes the TED Conference, sea salt, World Cup, Mad Men, hummus, and “threatening to move to Canada.” The list runs to nearly 150 items at stuffwhitepeoplelike.com.

No doubt one reason the site and a spin-off book became a sensation was: The public rarely sees white tastes so brashly identified or called out as racial behavior. Critics of institutional racism might say with satisfaction that such a list violates one of the first rules of white privilege: Being white means you don’t have to think about it or answer for it.

Yet even when the list rings painfully true, it’s not exactly foolproof. I know non-whites who like stuff on the list, and there are entire demographics of white people who don’t care for any of it. Some things listed are personal favorites of mine (Wes Anderson movies), others aren’t (camping).

This notorious but affectionate list can be seen as a study in class markers as much as race – a roster of tastes that depend on money, a liberal arts culture, leisure time. None of these markers define race or racial difference in any rational sense. But in America they do. Security and stability are associated with whiteness, which means advantage, a presumption of innocence, and a standing invitation to join the national conversation (unless you are white and poor).

That’s the slippery thing about a discussion about race. It can fairly quickly move away from ethnicity and toward questions about class: financial stability, family expectations, the shining status of certain neighborhoods and schools, the squalor of others – which raises questions about why such patterns exist at all, which then leads to uncomfortable inquiries about economic inequity, the decline of unions, regressive tax rates, the power of rich lobbyists, the foreclosure of American dreams. We avoid that skein of questions if we can, because we fear class war more than race war.

The race war is familiar ground. It started with the campaign to destroy the native populations, then spread to the buying and selling of human beings from Africa. It continued with Civil War, segregation, then into the twenty-first century in subtler but persistent ways.

It doesn’t matter that the American Anthropological Association, in a public education project called Race: Are We So Different?, promotes the scientific consensus that race is a modern invention, not a fact of biology. Scientific evidence remains irrelevant to public tensions over race. Far more powerful is the belief that skin color and physical traits give us an existential identity to boast about and a handy way to label or shun others.

This old impulse sustains contemporary mythic dream worlds of resistance and denial. I could name two sentimental myths that flourish even now. One is that the Civil War had to do with the arrogance and overreach of the federal government and nothing to do with slavery. Another is that Martin Luther King Jr. can now be safely ignored because we’ve given him a national holiday, put him on a stamp, and done our duty. As for his urgent latter-day plea to all Americans to embrace a more generous vision of human rights, we’re free to change the subject.

The nation’s preoccupation with race is a daily test for religious tradition. On this point, will churches follow culture or disrupt it? The faith’s teachings about gospel truth have nothing to do with race, except to urge a turning away from sources of hate that destroy the soul and tear down one another.

Maybe religion underestimates our anxiety – the need to label the next person we meet based on first impressions in order to boost our own self-importance. What are you? Where from? Are you a friend? A threat? The itch to prejudge is a form of self-protection. But religion is there to rise up to challenge those impulses, meet the nervous questions, and supply courage to live out more humane answers.

Until that happens, we’ll fall back on the familiar business of resentful divisions and funny lists.