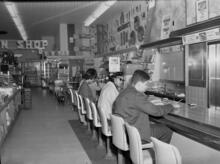 Keri L. Day ’04 M.A.R. is associate professor of constructive theology and African-American religion at Princeton Theological Seminary. Her scholarly interests include womanist/ feminist theologies, social critical theory, cultural studies, economics, and Afro-Pentecostalism. She is the author of Unfinished Business: Black Women, The Black Church, and the Struggle to Thrive in America (Orbis, 2012) and Religious Resistance to Neoliberalism: Womanist and Black Feminist Perspectives (Palgrave Macmillan, 2015). Her next book will focus on the Azusa Street Revival of 1906 and how it can shape the religious and democratic imagination. She has been a radio and TV guest commentator on issues related to faith and politics, and has written for The Feminist Wire, Sojourners, Christian Century, and other publications.

KERI DAY: Yes, there is a sense in which market values attempt to provide the basic moral terms of our existence. Market values have seeped into everything we do. Consider how the dating world has been commodified. it’s interesting to see how all those apps and sites match people up with data, treating individuals like commodities based on variables related to zip codes, income, beauty ratings. Love itself becomes deeply informed by marketing and analytics.

Individual competition has become a moral value. Survival of the fittest structures our world. Competition tells us we have to take care of ourselves if we are going to succeed. And if we achieve something individually we give ourselves the credit and refuse to think we received any help along the way. Unfortunately, this kind of atomistic anthropology credits the well-to-do as responsible for their success and blames the poor for their poverty and deprivation, without asking how broader social structures impact people’s possibilities.

The truth is, it’s hard for educated middle-class folk to have this conversation. We have to acknowledge that we are beneficiaries of this system. In my case, I’m part of one of the wealthiest institutions in the nation, and slavery helped build it. I’m a beneficiary of economic and racial capitalism, and yet I write about black poverty. Every day I see blue-collar workers who maintain the buildings and I have to think about the profound gap between what they get paid and what I get paid. The problem is how to expose the abuses of market capitalism while recognizing that so many of us benefit from it – and acknowledge that reforms will require a measure of sacrifice by us. Those are really difficult conversations that await us.

REFLECTIONS: Are there practical steps a congregation can take?

DAY: Churches should reread the Gospels and Acts keeping in mind what Jesus and others were actually doing from day to day, attending to the spiritual and physical needs of people. Realize that the question of survival is a daily constant for people who are in economic distress – people are facing the daily absence of a living wage, child care options, healthcare. In that spirit, churches can create ministries of social justice and appoint church members such as deacons and elders to address deprivation in their cities and neighborhoods. Expand the work that various congregations are already doing – such as creating credit unions and lobbying efforts in response to the payday loan industry and its astronomical interest rates. And study books about the economy. I think of two authors who’ve been important to me – Amartya Sen and Martha Nussbaum.*** In their own ways they argue that economic achievement has to be defined as something more than a measure of the GDP. Economic justice is not the same as economic growth. Economic reform requires a holistic moral vision that takes everyone’s capabilities into consideration. Change begins when churches understand themselves to be participants in a particular story that we see in the Gospels and Acts, a story about the Reign of God – not simply as readers of the texts to attain a certain historical knowledge about Jesus and the early church but as participants in the unfolding news of God’s reign. When we do that, then we realize that our mandate as Christians is to respond to the dignity of the whole human person. That’s what we see in Jesus and the early church – not just a focus on matters of the heart but a response to what’s happening in the lives of the most vulnerable in society. Look at the parable in Luke – Lazarus and the rich man, the rich man who finds himself looking up from hell because he did not attend to the matter of the poor!

REFLECTIONS: Can churches communicate a moral vision within economic life?

DAY: Near the end of his life, Martin Luther King Jr. was fully advocating a broader vision of economic justice. He saw how racism intersected with capitalism. He was saying, What good is it to have won a seat at the lunch counter if you can’t afford a meal? He was now in the habit of listening to those who had insight into the economic problems of vulnerable people – especially important to him were Ella Baker and Marian Wright Edelman. He was a powerful person who realized he didn’t know everything. To me, this symbolizes the humility of the church to recognize that we must seek out voices who can enlighten us and give us clarity about the pain suffered in the real world. Listen to social movements for economic justice – such as the living wage movement and Black Lives Matter – that are attempting to ask questions about economic inequality.

This is our challenge: to foster intellectual and spiritual humility and realize there’s a world of people to connect with. That’s an uncomfortable thing to do – to listen to people’s stories and not just gather statistics. But Jesus embedded himself in people’s lives in the moment. We have to become incarnated people. We can’t do that if we remain in our homogenized communities. We need a vision of our own, a moral foundation – for friendship, for relationships – that isn’t overwhelmed by what the market dictates.

*** Martha C. Nussbaum teaches philosophy at the University of Chicago. Her books include Creating Capabilities: The Human Development Approach (Harvard, 2011), The Monarchy of Fear: A Philosopher Looks at Our Political Crisis (Simon & Schuster, 2018), and The Cosmopolitan Tradition: A Noble but Flawed Ideal (Harvard, 2019). Amartya Sen, a Harvard economist and Nobel Prize winner, is the author of Inequality Reexamined (Harvard, 1992), Identity and Violence: The Illusion of Destiny (Norton, 2006), and The Idea of Justice (Harvard, 2009). 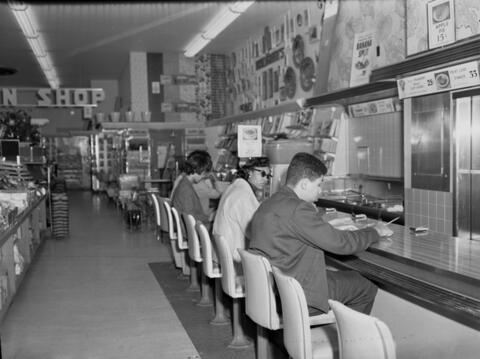