The Christian Case for Union Organizing 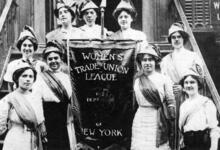 • A Lutheran minister spends a few hours walking the picket line with striking food service workers and gives a benediction through a bullhorn on a freezing morning.

• A Pentecostal minister submits to arrest as part of a civil disobedience to push an employer to recognize a union.

Such stories of church cooperation with labor are real, yet they no longer have the place in the mainline church’s imagination that they had 40 or 50 years ago. Nevertheless, nearly every labor movement veteran I know has stories of how Christian churches have made a difference in workers’ struggles for justice. Those three happen to be mine.

As a former union organizer and (God willing!) a future priest, it is my firm belief that Christian solidarity with labor is vital as we seek the welfare of the earthly city and witness to that coming redeemed life that is based not on competition but on the love of God.

With our comfortable white middle-class social base, we in the mainline churches have largely forgotten what unions are and how they work. The popular narratives of union fat cats and bureaucratic red tape miss the most important element of a union. Crucial to a union is not a contract or a disciplinary system or even legal recognition. What makes a union is workers deciding to have each other’s backs, no matter what.

It’s easy to dismiss this as naïve romanticism better suited to old union anthems than pragmatic contemporary labor policy. But this was exactly my experience when I was working as a hotel restaurant server after college and helped to lead a union drive at my workplace. The staff organizers supporting us made it crystal clear that what was most important for us wasn’t trying to convince employees that their jobs were bad; everyone knew that. And we absolutely weren’t going around spooking people by talking about unions at all right away. Rather, it was first and foremost about building community in a workplace that was set up to make that difficult.

Whether it’s service industry jobs segregated by race, gender, and ethnicity – and it’s an old hotel industry trick to assign housekeepers who speak different languages to work together, to make it harder for them to organize – or the rising gig economy where you often don’t even see your coworkers, the modern economy is one which atomizes and isolates. So our job was to build a workplace culture where we helped each other out, where we were involved in each other’s lives, where we were honest and vulnerable with each other.

And we did: The work of organizing turns out to be less about chanting on the picket line and more about putting together post-work drinks, rounding up assistance for coworkers going through hard times, and supporting each other even when the jobs get stressful. This is what makes a union strong: not expensive lawyers or union officials, but workers who care about each other and so are willing to go together and talk to the boss when someone’s hours get cut or when the company isn’t taking sexual harassment seriously, even at the risk of their own jobs.

But what does any of this have to do with the church? We Christians cannot build the Kingdom of God by our own efforts, but we are called to work for a society as consonant with Christianity as possible, making it easier (although never easy) to follow Jesus. And this is where we must find ourselves in opposition to an economic system built on antagonism between employers who seek to get the most work for the least cost and workers who need to sell their labor to survive.

This, not the labor militancy which makes a certain sort of white liberal uncomfortable, is the basic class conflict that structures modern society. Of course, the conflict is often masked by employment contracts or a corporate cultural veneer of human warmth, which can make the modern workplace seem like an association between equals freely choosing to buy and sell labor. But this is a false peace. No matter how genuinely kind a manager may be, in the end the imperatives of capital accumulation push the company to drive us always to do more for less even while we depend on those wages to live.

Here is where a Christian critique of capitalism that looks towards the coming peaceable kingdom must be rooted. The problem is not individual bad actors in need of restraint, but rather the fundamental ways in which our common life fosters sinful affections and behaviors. Capitalism encourages the dark passions of greed and resentment – it even dares to name them virtues. And so it casts as natural, and even good, a social order grounded in sin rather than love. This is something that we Christians who follow the Prince of Peace cannot abide.

This means that ultimately we Christians must work towards a social order not structured by class antagonism. However, a new way of being together that better reflects the love to which God calls us need not be consigned to a hazy post-capitalist future. Quite the opposite: Where workers decide to risk their jobs watching out for each other, we see, in germ, a society oriented not around antagonism but around cooperation, even mutual sacrifice. Here we find a different kind of moral formation, one which teaches the generous love for neighbor and the disciplining of selfishness rather than capitalism’s fostering of selfishness and disciplining of generosity. The point is not that union workers are necessarily more sanctified than the rest of us, but rather that the institution of the union can, at its best, shape us towards virtue even within a broadly deformed social order. This is what leading a union drive taught me.

Now, there are plenty of reasons to support the labor movement. Anyone concerned about the explosion of inequality in the US would be well-served to attend to the correlation between inequality and the calculated destruction of unions over the last 40 years. The protections which unions offer are particularly vital for women, people of color, LGBTQ people, and immigrants; unions do vital work to combat harassment and discrimination on the job and win equal pay for equal work. But for Christians, perhaps the best reason is that the labor movement points us to a society oriented around love rather than hate, a society that serves as a better witness (though only a witness, and not the thing itself) to the coming Kingdom of God.

Ben Crosby ’21 M.Div. is pursuing ordination in the Episcopal Church. Before arriving at YDS, he worked in the hotel industry in Boston, where he helped lead a union drive at his workplace. 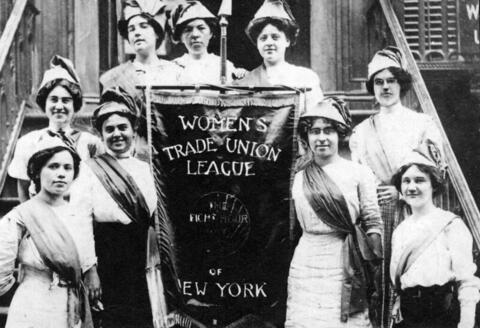