Christianity vs. the Contemporary Spirit of Capitalism

The capitalism of today shapes people in profound ways that rival the influence of religion on them. Religion has the capacity to direct life conduct in a thoroughgoing manner and thereby establish a whole way of living. Religious beliefs, for example, are meant not just to be believed but to be lived, to orient behavior, attitudes, and actions toward oneself and others in person-defining ways that affect every dimension and time of life.

But increasingly capitalism fulfills such functions. Indeed, for profit-maximizing purposes, capitalism now targets not just one’s work life or purchasing habits, but one’s entire person, one’s fundamental self-conception as it shapes the character of one’s entire life. One is to see oneself as capitalism does by assuming a fundamentally economic relationship with oneself: One should think of one’s very person, for instance, as capital to be put to maximally profitable use. According to such a self-conception, one must manage the assets of one’s life in the most profitable way possible, making the most of all available opportunities, showing the resourcefulness to make do oneself with what one has rather than depending on others to make one’s way in the world, and so on. In Christianity and the New Spirit of Capitalism, I argue that life projects like these, enforced by the current organization of capitalism, are dehumanizing but can be countered by renewed spiritual projects of similar depth and scope whereby one strives to orient one’s life to God.

Today’s finance-dominated capitalist system preoccupies itself with various person-shaping capacities, especially those concerning fundamental forms of time consciousness – how one relates, that is, to past, present, and future. Debt-strapped individuals see the past as an ineluctable burden; overworked employees experience the present as an all-consuming preoccupation; those trying to capitalize on the vagaries of markets find themselves tempted to think of the future as a matter of predictable calculation. The effect of all this is an inability to step back and take a critical perspective on the current economic system. Because of the way time is approached, one cannot imagine a fundamentally different future; one is led to believe that all one can expect is more of the same.

Christianity, by virtue of the way it relates the individual to God, has the ability to break open these restrictive forms of time consciousness. The experience of conversion breaks the hold of the past; in some strong sense one needn’t be the person one was before, trapped in one’s prior sins and failings. And the future, by way of the radically transformative capacities of divine grace, becomes something that cannot be anticipated or predicted by way of generalizations about one’s past performance.

Under the rubric of its work ethic, contemporary capitalism singles out individuals in a highly moralizing fashion for either praise or blame and forces them into competitive relationships with one another. Economic success or failure becomes one’s individual responsibility. The effect is to reduce a person’s identity to one’s financial triumphs or defeats. Cast in such intensely individual terms, success or failure becomes a function of competitive struggle; one doesn’t succeed or fail along with others but over against them.

Once again, Christianity might shape, in countervailing ways, the manner in which persons relate to themselves and others here; it does so by virtue of the contrary characteristics of religious achievement. Because of the way it is propelled by divine grace, spiritual striving is not a competitive contest singling out individuals for praise or blame. Divine grace lessens the focus on individual achievement altogether: One makes progress by God’s power rather than one’s own. And the shared character of that grace does nothing to lessen the impact of it for one’s own life. The ideal, fully enacted by God’s grace in the end, is a community of persons all equally manifesting the same grace in lives transformed for the good.

Kathryn Tanner ’79 B.A., ’82 M.A., ’85 Ph.D. is the Frederick Marquand Professor of Systematic Theology at YDS. Her books include Jesus, Humanity and the Trinity: A Brief Systematic Theology (Fortress, 2001), Economy of Grace (Fortress, 2005), Christ the Key (Cambridge, 2010), and Christianity and the New Spirit of Capitalism (Yale, 2019). She is a member of the Theology Committee that advises the Episcopal Church’s House of Bishops, and she delivered the Gifford Lecturers at the University of Edinburgh in 2015-16. 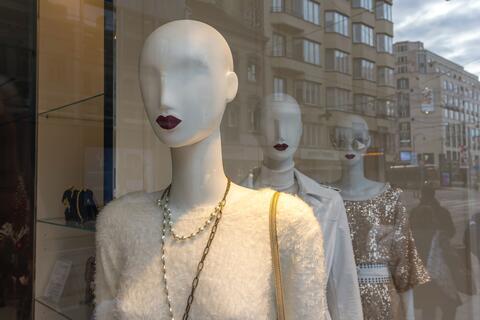