Economic Complexity and the Priesthood of the Believer

To confront our society’s economic inequities, it is helpful to recall the way wealth is created in our economic system. All wealth comes from the development and production of goods and services or from the assets that underlie that process … but only if the revenue exceeds the expenditures.

This happens at an institutional and corporate level because society delegates that role to them: Every corporation must receive a charter from the state. It happens of course at an individual level as well. (And we are all familiar with spending more than we make … with no wealth creation).

This sounds terribly simple in light of such a complex, multifaceted, sometimes mysterious system (mysterious because it involves human behavior), but I think it is a fundamental way to get at the problem. I would urge readers to test this assumption.

The Best System, So Far

Here I want to identify five key components that should be part of the escalating discussion about economic inequities and how to reduce them.

• Opportunities for employee equity ownership. Our system is built on private capital and thus has some inequity built into it. Yet it has been pointed out that more than half of the equity of the Fortune 500 companies is held by pension funds, mutual funds, and private equity investors – thus ownership is held by a broad section of our population. Most people who have a corporate retirement plan or a 401 retirement plan are probably holders of equity in a corporation (stock shares). I myself am a great believer that equity ownership by employees has great value. I often say I am a “Marxist” to the extent that I believe every worker should own some part of the productive capacity from which he or she draws a livelihood. US tax law is extremely favorable to such plans, but unfortunately most companies don’t take advantage of it. When I acquire a company I usually set aside 20 to 25 percent of the ownership for the employees. This kind of corporate ownership is a good start for dealing with economic disparity. Unfortunately it is not yet a widespread practice.

• Our education system. Historically there has always been economic disparity, but arguably it is now intensifying at an unsustainable rate that threatens the system itself. What is happening? For one thing, the production of goods that creates wealth is becoming less labor-intensive because of the technologies involved. This is requiring greater workplace education and sophistication. So one of the fundamental levers to combat inequity is improved education of the workforce. We will have to put a full-court press on this, probably rethinking our entire education system and making it more responsive to the new order. Ray Dalio, founder of Bridgeport Associates, recently announced he is giving $100 million to the Connecticut Department of Education (to be matched by $100 million from other philanthropists and $100 million from the state) in order to train a new generation of workers.

• Our tax system. We are seeing a generational dimension to the concentration of capital, and this is causing some of the inequity. I have no problem with the inheritance tax allowing for an exemption for carrying on the family farm upon one’s death, but to suggest the CEO of Amazon with a net worth north of $50 billion shouldn’t pay more than what is now required when he dies is questionable. There is little doubt that reform of our tax system can go a long way toward relieving some of the economic inequity.

• The organized labor component. A classic way of relieving inequity is labor organizing to get more of the wealth through the expenditure side of the production of goods and services. Unfortunately, union membership is decreasing, partly because unions in many cases have not met the needs of the workers they represent. If they are going to play a more active role in the creation of wealth, and secure a greater piece of that pie for employees, some new approaches will be necessary. My father-in-law, a former president of the IBEW Local 1 (International Brotherhood of Electrical Workers), was one such leader – an enlightened labor representative with a strong Christian faith who brought a guild mentality to the union fellowship. I have recently met with some young leaders who hold out hope for the movement.

• Corporate duty to stakeholders, not just capital shareholders. Another trend will likely bear increasingly on the inequity issue – the notion that there is more than one bottom line for a corporation. The corporation has responsibilities to society other than the creation of wealth in strictly monetary terms. There are stakeholders other than capital shareholders to serve – employees, neighborhoods, the environment. The Business Roundtable has recently challenged its members to look at multiple bottom lines that “generate long-term value for shareholders,” including employee compensation, training, and local community support.

All of this leaves the question: What is the role of seminaries and churches in these economic matters? Robert Greenleaf, a former AT&T executive and the founder of the servant leadership movement, has encouraged seminaries to develop a theology of institutions rather than just individuals. Some years ago, such an effort was initiated at Andover Newton Theological School by the late theologian Gabe Fackre and by the late Richard Broholm, director of Andover’s Center for the Ministry of the Laity, working with the Calvinist concept of the three-fold office of Christ – prophet, priest, and king – and applying it to the various tasks of institutions, whether financial practices, ethical relations with employees, or prophetic mission to the larger world.

As for the church, it possesses perhaps the most powerful resource known to humanity (and God) – the people in its pews every Sunday who should regard themselves as ministers to our society and specifically to workplaces and corporations, where most church members spend eight or more hours a day of their lives. The professional clergy must take care to translate the magnificent values of the New Testament to these lay “pew ministers.” To do this, the clergy themselves, as well as seminary students and faculty, need a better understanding of the economic system and how it might be reformed. Through small groups, retreats, and other efforts, laypeople could discuss their own workplace challenges, their power to influence, and in many cases make the production of goods and services serve more stakeholders and make the results more equitable.

The lay ministers of our congregations – the priesthood of believers – are essential to this work. In the life of our complex, fragile economy, the church objective would be not to separate or compartmentalize Sunday from Monday but rather to make a Sunday-Monday connection that brings the values of the New Testament to the daily world of commerce.

George Bauer, a member of the YDS Dean’s Advisory Council, spent a career at IBM in executive positions in marketing, finance and business systems. After retiring in 1987, he founded GPB Group Ltd., an investment banking firm. He remains active in business and philanthropic causes, serves on the board of Princeton University’s Faith at Work Initiative, and is a former member of the Board of Andover Newton Theological School. The Bauer Family Foundation supports education and healthcare causes internationally. 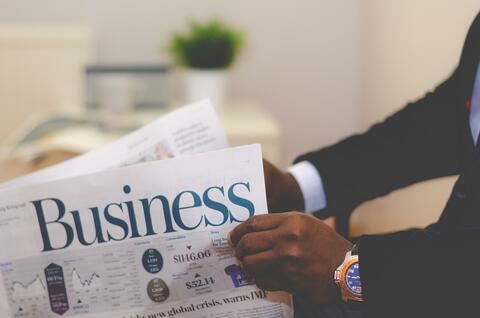