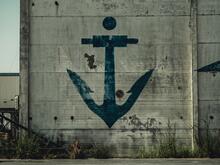 While staying in the local homeless shelter, Joe was eager to find work, hoping to save enough money to move out within a few weeks. The cause of his homelessness was a familiar one to others at the emergency shelter: He lost his job and didn’t have enough savings to see him through the gap in income. Even with his last job, he was living hand to mouth, barely making enough to rent a room in New Haven.

Food stamps helped with the overall cost burden of his basic needs, but he often found himself at the soup kitchen for dinner during the week, taking advantage of a free meal and an occasional bag of groceries.

After a month in the shelter, Joe found another job, this time in Stratford at a chain supermarket. It was part-time to start, paying the minimum wage of $10.10 an hour. From the shelter in New Haven, Joe rode his bike to the train station, where he caught the 9:50 a.m. to Stratford. From the station there, he took a bus to the supermarket, arriving just in time to start his noon to 4 p.m. shift. At the end of the shift, he made the return trip, arriving back at the shelter for a saved dinner plate. After six months of this four-hour round-trip trek for a part-time job paying minimum wage with no benefits, Joe was feeling worn down and a little hopeless. The prospects of moving out of homelessness by getting a place of his own were growing dim.

Recent news has drawn attention to the reduction in the numbers of people experiencing homelessness over the past decade in New Haven and across the state.

Homeless service and housing providers have focused on particular sub-populations, providing housing subsidies and case management services to get people housed and help them remain housed. They have reached functional zero for chronically homeless adults and veterans, making sweeping changes to the system of care to meet needs more efficiently, advocating successfully to create a fund of housing subsidies, and moving the needle on political will across Connecticut to focus on homeless issues. In the annual Point in Time Count in 2019, 34 people in New Haven identified as chronically homeless, down from 80 in 2018, and only 35 veterans were counted among them, down by four people from the year before.

During my tenure as CEO of Columbus House, our vision was to one day end homelessness, so I celebrate these successes and still marvel at the advances we have made along with our colleagues statewide. Through massive system changes, we have come closer to the day when we can say that we have ended this crisis of homelessness. But when I think about Joe and the hundreds of people like him in the New Haven emergency shelters, enormous challenges remain before we can realize that vision.

New Haven is seeing a housing boom unlike anything in Connecticut. By mid-year 2019, the city had issued 277 new housing permits. Most of those units are new apartments going up in and around downtown, with fair market rents that range from $1,049 a month for a studio up to $2,000 a month or more for a four-bedroom. If Joe could get a fulltime job at the supermarket, still at minimum wage of $10.10/hour, he would need to work 81 hours a week to afford a one-bedroom apartment that rents for $1,163 per month. Joe would actually need to make $22.37/hour to afford that apartment and still have enough to cover the rest of his basic needs. In reality, at minimum wage, he could afford to pay only $525 a month for rent.

A Struggle for Basic Needs

A deeper local analysis shows that 48 percent of people of all ages are identified as “low income.” Among children up to age 17, that number is 63 percent.2 Across the region, according to the ALICE report in 2018, 46 percent of households struggle each month to meet the cost of their basic needs, including housing, healthcare, childcare, and transportation. 3 These are households where at least one adult is employed. The low wage rate leaves the household living at or near the poverty line with severe financial challenges.4

Joe is in the bottom 20 percent of householder earners, with an income well below the official poverty level of $17,240 for a two-person household. While Joe was in the shelter, he was connected to an employment specialist who helped him get ready for his job search, conducting mock interviews, creating a resume and finding the right clothes for his job interview. Recently it paid off – Joe finally did land a full-time job closer to New Haven. That $13.05 an hour job, however, still falls far short of lifting Joe up and out of poverty.

In the conversations about income inequality today, we must turn our attention to those who live in abject poverty for which every extra, unplanned expense could lead to a crisis. The adage “we’re all just one paycheck away from homelessness” is none truer than for the 20 percent who live so close to the edge of financial disaster. What will it take to prevent people from falling off that cliff into homelessness? How to move to a more just society? The answer lies in several areas: equal access to quality education, including job skills training; criminal justice reform; affordable and accessible healthcare; transportation overhaul; an increase in safe, affordable housing; an increase in the minimum wage to a livable wage. These deep systemic changes will open avenues for independence and economic security for all of us, lifting people up and out of deep poverty so that they can flourish.

Heeding the call to work toward healing society, congregations provide meals at shelters and soup kitchens, tutor students in public schools, welcome refugees, and so much more. Besides providing these critical services, people of faith can, I believe, press harder for bigger, more ambitious solutions. Congregations can partner with organizations and activists who work every day to eliminate income inequality, homelessness, food insecurity, racial bias, gun violence, and other social ills. Anchored in faith and pursuing a deep knowledge of the issues, our faith communities can help turn the tide of political indifference or hostility. There is no more demanding time for such action than now.

Alison Cunningham ’84 M.Div. joined the YDS staff last year as Director of Professional Formation, which focuses on training students who seek vocational direction in nonprofit service. For 20 years she was CEO of Columbus House, a New Haven organization that serves people who experience homelessness or are at risk. In 2018, YDS honored her with the William Sloane Coffin ’56 Award for Peace and Justice. 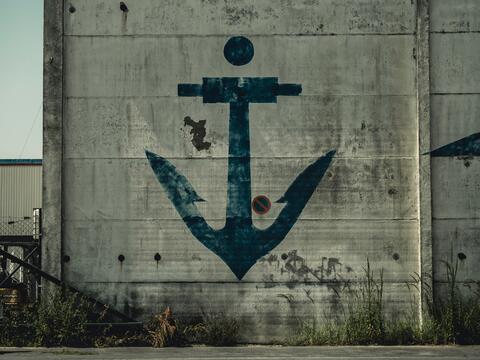