Humanizing the Economy: An Interview with Gary Dorrien

Gary Dorrien teaches as the Reinhold Niebuhr Professor of Social Ethics at Union Theological Seminary and Professor of Religion at Columbia University. An Episcopal priest, he is the author of many books on modern theology and ethics, including Kantian Reason and Hegelian Spirit (2012), which won the PROSE Award, and the three-volume The Making of American Liberal Theology. His recent books include The New Abolition: W. E. B. Du Bois and the Black Social Gospel (2015), which won the Grawemeyer Award; Breaking White Supremacy: Martin Luther King Jr. and the Black Social Gospel (2017), which won the Choice Award; and the forthcoming American Democratic Socialism: History, Politics, Religion, and Theory, all published by Yale University Press.

REFLECTIONS: Can Christian values tame capitalism? Have they ever?

GARY DORRIEN: The ministers who founded the social gospel movement in the 1880s said the answers were “yes” and “not yet.” They belonged to churches that claimed to take no side in the fight between labor and capital while siding constantly with the owner class. Union organizers said the churches had no record of caring about the poor and oppressed. The social gospel founders burned with shame at this accusation, admitting it was true. They argued that churches could be mobilized to support struggles for social justice.

The only evidence they had for claiming that churches could do it was the abolitionist movement. The founders of the white social gospel focused mostly on economic injustice and the founders of the black social gospel had no choice but to focus on what a new abolitionism would be. Washington Gladden, Richard Ely, Vida Scudder, Walter Rauschenbusch, Reverdy Ransom, and Richard Wright Jr. said the church was indefensible if it didn’t try to live up to Isaiah 58, Luke 4, and Matthew 25.

The “taming” metaphor, however, marks a significant distinction within the social gospel. Gladden, Ely and Wright spoke the language of “taming” and progressive reform. Scudder, Rauschenbusch, and Ransom said that capitalism was too predatory and corrupting to be tamed with select reforms. The system itself had to be changed fundamentally. There had to be a way to reward cooperation and leave nobody behind.

American capitalism subsequently sprawled to global dimensions that dwarfed what Rauschenbusch opposed. I support economic democracy strategies that expand the cooperative sector, democratize corporate boards, and build institutions that don’t belong wholly to the market or the state. Economic democracy is fundamentally a bottom-up strategy. But I am not dogmatic about bottom-up, because I believe in the principle of subsidiarity – social problems should be solved by the least centralized authority that is competent to solve them. In a world hurtling toward eco-apocalypse, there is going to be a role for international organizations and public ownership.

REFLECTIONS: Is Social Darwinism overpowering the gospel story from week to week?

DORRIEN: Any attempt to live out the biblical ethic of justice has to contend with the American worship of power and success and its flipside contempt for the poor and weak. The social gospel was explicitly a critique of Social Darwinism. The first major social gospel institution, the American Economic Association, declared at its founding in 1885 that everything was at stake in fighting off Social Darwinism. The founders didn’t know where to draw the line between Darwinian biology and Social Darwinism, and some of them conceded too much. They prized their own social standing and were intimidated by the intellectual prestige and cultural popularity of Social Darwinism. Intellectually, the founders were outgunned through the 1880s and 1890s. They had to rely on a Christian ethical conviction: Social Darwinism could not be true because it is morally repugnant. Meanwhile they lost the argument in the American Economic Association they founded.

Ever since, Americans have debated two contrasting visions of what kind of country we should want to be. The first provides unrestricted liberty to acquire wealth, lifts the right to property above the right to self-government, and denies that government should be a steward of the common good. The second calls for a realized democracy in which the people control the government and economy, selfgovernment is superior to property, and no group dominates any other.

Mild versions of the second idea undergird many policy statements of the ecumenical churches, and the same churches have otherwise tried to broker the differences between the two ideas. The ecumenical churches have never risked too much for social justice. But they have to negotiate the fact that many church members consider vision one to be normative and vision two to be ridiculous.

REFLECTIONS: What witness can churches give to these issues?

DORRIEN: Congregations have an important role to play in supporting struggles for social justice, and many have done so over the past century. But congregations have never played the leading role. In the religious sphere, the crucial social justice organizations are ecumenical and interfaith networks, followed by the denominational peace and justice ministries. Interfaith Worker Justice is an important example of the former – a Chicago-based network of Christian, Jewish, Islamic, and other religious communities. It focuses on wage theft, corporate abuse, immigration reform, raising the federal minimum wage, unemployment, and the right to organize.

Community organizing is another important vehicle of ecumenical activism. The Industrial Areas Foundation works on anti-poverty and housing issues, building coalitions to create power, understood as the ability to change society. Gamaliel, a national organization based in Chicago, focuses on immigration, healthcare, and combating racism. Faith in Action, formerly called PICO, employs a congregation-community model that builds relationships and networks sharing social justice values. DART (the Direct Action and Research Training Center) trains community organizers to attack the problem of powerlessness, not symptoms.

Community organizing is inherently limited, it has trouble scaling up, and it burns people out. But it builds personal relationships across racial, ethnic, religious and class lines. It empowers marginalized communities. And it does these things better than any kind of social justice activism that I know. Religious activists are big on faithfulness, stubborn in holding out for face-to-face meetings, committed to building relationships, and geared to movement-building.

I have spent most of my career speaking to small groups in church meeting rooms, and I am for almost anything that helps progressive congregations hold on against a hostile dominant culture. Ministry is hard work, with a lot of loneliness. Many congregations are just beginning to interrogate their complicity in white supremacy and the urgency of the ecological crisis. Moreover, the denominational agencies that formerly supported congregations are seriously depleted. I spend a lot of time thanking pastors and church leaders for keeping alive the social witness of the church. Hang in there!

REFLECTIONS: The pandemic is suddenly challenging everything we took for granted. Will this crisis redraw our economic patterns?

DORRIEN: My paternal grandfather was a dockworker in Michigan’s Upper Peninsula who got his family through frozen winters and the Depression by taking odd jobs across the U.P. He was a singular figure to me because I didn’t know anyone else who talked about the world in worldview terms, or about democratic socialism. My grandfather was a Norman Thomas Socialist, he married a Native American woman in an area that was hostile to Native Americans, and he was marked for the rest of his life by the searing experience of being a young father through the Depression. Often he began a sentence by saying, “When the next Depression comes …” The Depression made him acutely aware that there are really-existing social structures that can be made to work on behalf of humanity or for the sake of a privileged elite. I didn’t know anyone else who talked like that. It made him strange in the world of my lower-class 1950s youth. But I think he was right. If the next Depression is coming, I hope the current generation will be as creative as was the generation that invented the New Deal, the Congress of Industrial Organizations, and the United Nations. 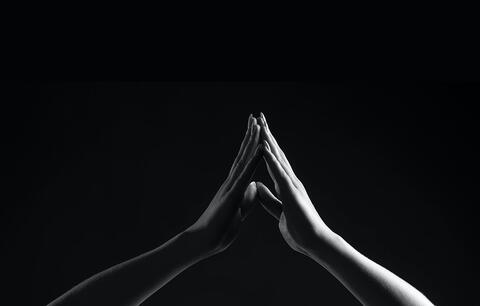