They are “proud traitors to their class” – millionaires who want to pay more taxes.

They call themselves the Patriotic Millionaires – about 200 American business leaders and investors with large net worth and deep worry that concentrated wealth is threatening American democracy.

They are just a tiny remnant, however, since the US is home to about 12 million millionaires these days, according to various sources.

But the Patriotic Millionaires organization has been steadily stirring support for its causes, including an increase of the federal minimum wage, as well as efforts to preserve estate taxes and abolish hedge-fund tax loopholes.

They applaud states’ efforts to raise local minimum wages above the current federal $7.25/hour minimum. At least 26 states have increased wages beyond the “measly” federal minimum. It’s an ethical imperative that all citizens who work full time should be able to afford their basic needs, the organization argues. Raising the spending power of workers is a simple way to boost the economy.

“Despite what you may have heard, wealthy folks like myself aren’t the kind of consumers that drive our economy – we invest our excess money in portfolios and savings accounts,” says Morris Pearl, Patriotic Millionaires chairperson.

“Our economic system is driven by consumers, so when someone buys a cart full of groceries or enjoys a night out with their friends, they invest in their local economy and we all benefit.”

Patriotic Millionaires says taxes paid by wealthy individuals and corporations should be a greater proportion of federal revenue. Since 1980, the earnings of the affluent have skyrocketed while their taxes have fallen. The income of the top 0.1 percent has shot up to more than 300 percent in 40 years. In that same period, worker hourly compensation has risen by 24 percent, according to inequality.org.

In a recent New Yorker profile, Disney heiress Abigail Disney said she joined Patriotic Millionaires because she had become uneasy about her wealth, including the family Boeing 737 for her personal use. She felt shame about retreating into her abundance from the problems of the rest of the world.

At patrioticmillionaires.org, recent blogs include: “Why are Unpaid Internships Legal?”, “Tax Cuts Enrich Members of Congress Who Wrote Them,” and “Just Pay Your Taxes, Mr. Bezos.” 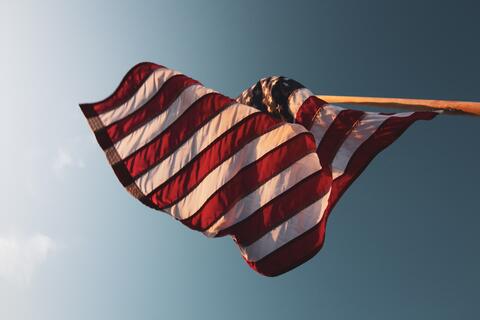