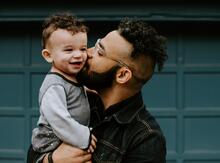 Aleksandr Solzhenitsyn once wrote, “ … The line separating good and evil passes not through states, nor between classes, nor between political parties either – but right through every human heart – and through all human hearts. This line shifts.”1

Maybe this line shifts in us more than we think. When I read the Scriptures, I like to see myself in the Good Samaritan and not in the busy priest. But when I do that, the line inside moves a little into darkness. Too many times I don’t make the U-turn to help the stalled car. Instead, I just argue with Jesus until I am too far down the road.

But neither self-condemnation nor moral smugness will help us minister to the poor. We say the problem is greed, but the line of greed runs through capitalism, through socialism, and through us. I think the solution starts in us, obeying the crazy compassion of Christ and embracing our life assignments for hurting people.

After pastoring for 40 years, I know the “rest of my life” assignment is restoring the dignity of fatherhood in my city, Medellin, Colombia. I think the inequality of everything is rooted in the inequality of having fathers. The Old Testament ends with the mysterious promise, “I will turn the hearts of the fathers to the sons and the hearts of the sons to the fathers, lest I come and smite the land with a curse” (Malachi 4:6). The good news is, God promises to do it. The bad news is, We often stand by as the curse keeps seeping into the culture. Violence, drug use, low income, suicide, and incarceration all bleed from father wounds, or rather, fatherless wounds. In Colombia, domestic violence is three times more likely in fatherless homes. It is the boyfriend more often than the dad who beats the woman.

What if the church working with the city would train boys and men how to be loving, responsible heroes in their homes? I dream about billboards showing a dad with his children that says, “My Dad, My Hero.”

Jesus taught more about responsibility than he did about rights. He said, “Take from him the pound, and give it to him that hath ten pounds” (Luke 19:24). We wouldn’t put that over the church door. The one-pound man was afraid and lazy. The ten-pound man was faithful over what he had, and Jesus gave him more. If we teach that in Sunday School, some kids may scream, “That’s not fair.”

But Jesus has a lot of tough sayings. And men need the church to be tough with them. The church tells a man to sit still and be a nice guy, but who ever dreamed of becoming just a nice guy? We men dream of killing dragons, putting out fires, and rescuing the girl sitting behind us in math class. A man who never grows into his hero call will become an angry man, a violent and lazy man.

Here in Medellin, for centuries the women have kept the homes together. They are the brave ones, tough and resourceful, but they are losing their sons. If we only minister housing, food, and support groups to the women without challenging the men, the generational curse goes on. Our past five mayors have knocked home runs in helping single mothers and undernourished babies but have done nothing for the men. Now they acknowledge that restoring fatherhood in the city may be essential to begetting equality of opportunity and equality of hope.

As a family man, I struggle with insecurity. When the hospital trusted us to take our baby home, I wondered who would take care of him for the next 20 years. The money pressures, the upkeep, the fevers, the gunshots outside, the demons within are all dark forces trying to make me to run away. Sometimes I want to live alone in a cabin in the woods and train a big dog to bite anyone who comes near with a Bible. Many of us men are hurting and don’t have close friends. If only the church were more like a bar where we could go and talk without being judged. If only the church taught us about a God who is a good Father who wants to turn our hearts toward home and shift the line in men’s hearts toward the good. That moving line, I believe, is the frontline against inequality.

The Rev. Andrew McMillan ’80 M.Div. recently stepped down as senior pastor of the Comunidad Cristiana de Fe in Medellin, Colombia, after founding the church 26 years ago with his wife, Kathy, and nurturing its growth to 8,000 members. They’ve handed over the mother church to new leadership but continue to live in Colombia, training leaders and planting churches. Andrew hopes to have more time to fish, read, and write poetry. 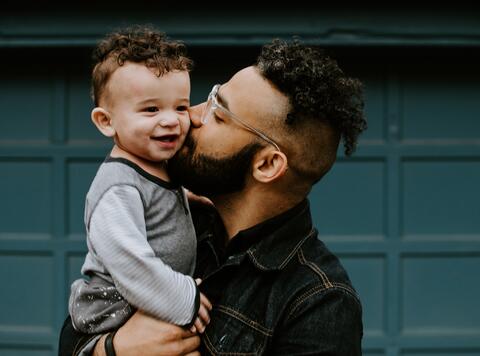