“That the Strong Might Not Oppress the Weak”: The Old Testament Vision 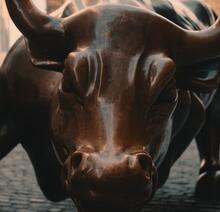 “Ah you who join house to house, who add field to field, until there is room for no one but you, and you are left to live alone in the midst of the land!” (Isa 5:8). So spoke the prophet Isaiah in the late-eighth-century BCE. The problem was evidently endemic in Israel and Judah in the period of the monarchy. Tenant farmers could easily fall into debt if there was a bad harvest. The king’s taxes had to be paid anyway. If the tenants could not pay their taxes they could be forced into slavery. First they might sell their children, or wives, then themselves, and lose their land in the process.

In tribal Israel of an earlier time each family had its ancestral plot of land as a heritage, but the tribal system largely broke down under the monarchy. The resultant plight of the poor evoked some of the most powerful prophetic denunciations. Amos, a slightly earlier contemporary of Isaiah, railed against those who would buy the poor for silver and the needy for a pair of sandals (Amos 8:6).

The problem persisted in the postexilic period. In the fifth-century BCE people complained to Nehemiah: “‘We are having to pledge our fields, our vineyards, and our houses in order to get grain during the famine.’ And there were those who said, ‘We are having to borrow money on our fields and vineyards to pay the king’s tax. Now our flesh is the same as that of our kindred; our children are the same as their children; and yet we are forcing our sons and daughters to be slaves, and some of our daughters have been ravished; we are powerless, and our fields and vineyards now belong to others’” (Neh 5:4).

The idea of justice is older than the Bible. Some 500 years before Moses, Hammurabi declared that the gods had chosen him “to cause justice to prevail in the land … in order that the strong might not oppress the weak, that justice might be dealt to the orphan and the widow.”1 This ideal was also embraced by the kings of Israel and Judah, who were supposed to “defend the cause of the poor of the people, give deliverance to the needy and crush the oppressor” (Ps 72:4).

Trampled in the Dust

In biblical law, the concern for the widow and the orphan was extended also to the alien, a distinctive biblical note that is especially resonant in our time (see e.g. Deut 10:18; 27:19). Throughout the ancient world, justice was understood to entail the protection of the poor and vulnerable from those who would exploit them. Neither biblical law nor the prophets demanded equal distribution of resources, or sought to abolish all distinction between rich and poor. It is assumed that “there will never cease to be people in need on the earth” (Deut 15:11). The problem for the prophets was that the poor were deprived of the necessities of life and degraded to a subhuman condition. The rich “trample the head of the poor into the dust of the earth and push the afflicted out of the way” (Amos 2:7). There is always a question as to what the threshold is, what should be deemed sufficient for the poor. But the examples cited by Amos and the other prophets seem clear enough. If people have to sell themselves into slavery to cover their debts, or get food to eat, that is surely unacceptable.

But it is also a problem when the gap between rich and poor becomes disproportionate. Amos rails against

those who are at ease in Zion,

and those who feel secure on Mt. Samaria …

those who lie on beds of ivory,

and lounge on their couches,

and eat lambs from the flock,

and calves from the stall,

who sing idle songs to the sound of the harp,

who drink wine from bowls,

and anoint themselves with the finest oils,

The point here is not necessarily that beds of ivory and bowls of wine are bad in themselves, but that they make a painful contrast with the “ruin of Joseph,” or the poverty of Israelite peasants. The prophets see society organically, and the fact that the balance of society is out of joint is what brings it to ruin.

While concern for justice is enshrined in the biblical law codes, the outrage of the prophets is not necessarily caused by legal violations. Some of the conduct condemned by the prophets involves breaking laws (e.g. dishonest trading in Amos), but some does not. Even if the rich of Judah were acting quite legally in adding house to house and field to field, their actions were unconscionable in the face of the poverty of their compatriots.

In this view of justice, social equilibrium is definitely a consideration. It rests not so much on positive covenantal law as on an intuition into the order of nature, or of creation. This is also true of some of the best-known stories illustrating the problem of injustice in the Hebrew Bible. Take for example 2 Samuel 11, where the prophet Nathan confronts King David for having Uriah the Hittite killed and taking his wife Bathsheba. Nathan famously tells the king a story about a rich man who took a poor man’s little ewe lamb to make a meal for his guest, although that was all the poor man had. David is outraged, not because a law had been violated but because the action was patently unjust. The prophet is then able to entrap the king, by telling him “you are the man.” Equally, in the story of Naboth’s vineyard, in 1 Kings 21, Elijah’s condemnation of King Ahab is not a technical judgment on a legal case but outrage at an action that was obviously unjust because of the abuse of royal power.

The view that justice lies in the right order of creation is characteristic of wisdom books such as Proverbs rather than of the prophets. The prophets are not engaged in articulating a theory of justice, but only in protesting egregious abuses. If there is a theory implicit in their protests, it is first of all that everyone should have enough to live a satisfying life, each with their own vine and fig tree, with none to make them afraid (Micah 4:4). But also, the discrepancies in wealth should not be too great. Great discrepancies invariably arise from exploitative practices, and they give rise to resentment and tensions that disrupt the peace of society.

The problem of economic inequality is not articulated as forcefully in the New Testament as in the Old, but it is certainly present. “Woe to you who are rich,” says Jesus in the Lukan beatitudes, “for you have received your consolation” (Luke 6:24; compare James 5). The story of the rich man and Lazarus (Luke 16:19-31) does not suggest that the rich man had caused the poverty of Lazarus, or behaved illegally, but he is held accountable nonetheless. In the biblical worldview, we are our brother’s keeper and bear responsibility for the less fortunate members of society. The point is made decisively in the judgment scene in Matt 25:31-46. The spread of Christianity was facilitated in no small part by the priority Christians gave to caring for the poor and the vulnerable.

It is arguable that the fundamental issue that divides American politics in the 21st century is precisely whether the better-off members of society have responsibility for the poor. Any illusion that opposition to social programs was grounded in fiscal responsibility was dispelled by the Trump-era tax cuts. It is ironic, then, that the policies of the current government are supported enthusiastically by many evangelical Christians. In this, at least, they cannot claim to be guided even remotely by biblical values.

John J. Collins, the Holmes Professor of Old Testament Criticism and Interpretation at YDS, has taught at Yale since 2000. He has published widely on apocalypticism, wisdom, Hellenistic Judaism, and the Dead Sea Scrolls. His many books include The Dead Sea Scrolls: A Biography (Princeton, 2013), Introduction to the Hebrew Bible (Fortress, third edition, 2018), and Does the Bible Justify Violence? (Augsburg, 2004). He is general editor of the Yale Anchor Bible series and has served as president of both the Catholic Biblical Association and the Society of Biblical Literature.

1 The Code of Hammurabi, cited in Ancient Near Eastern Texts Relating to the Old Testament, Third Edition with Supplement, edited by James B. Prichard (Princeton University Press, 1969), pp. 164, 178. 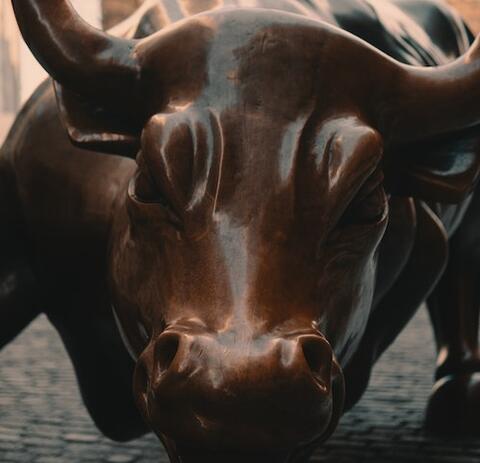