“How do I live free in this black body?” – Ta-Nehisi Coates, from Between the World and Me 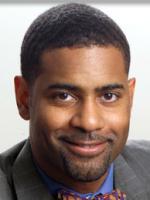 Many pundits hailed the election of Barack Obama as the end of all things constructed and construed by race. Over and over I heard men and women who live in gated and cul-de-sac communities trumpet a tale I failed to see. “Post-racial” was the term that carried on the airwaves and in Twitter-verse: America had finally realized her noble creed of equality under the law and under God.

Yet there I was, listening and shaking my head bewildered, wondering, What universe do they occupy? I listened to these words from the South Side of Chicago, where hope and tragedy dance daily for all children who are kissed by nature’s sun. The promise of America has not cast her shadow or gazed upon the children who still hold the scars of forced exile and importation to this nation. I do not deny the triumphs, moments of celebration and progress in our imperfect yet sturdy democracy. But this socially constructed ideology called race remains the original sin of our nation. Our institutions carry the residue and scent of race.

To Ta-Nehisi Coates, impassioned chronicler of this open secret that America struggles to acknowledge, racialized thought and imagined supremacy are the myth and doctrine undergirding our democracy.

As he argues in his new book Between the World and Me, the nation takes race as a defined and unchangeable reality, like a “feature of the natural world,” and therefore feels absolved from doing much about it. He writes: “Racism – the need to ascribe bone-deep features to people and then humiliate, reduce, and destroy them – inevitably follows from this inalterable condition. In this way, racism is rendered as the innocent daughter of Mother Nature, and one is left to deplore the Middle Passage or the Trail of Tears the way one deplores an earthquake, a tornado, or any other phenomenon that can be cast as beyond the handiwork of men.”

In this climate, our common explanations for the persistent disparities that are found in education, criminal justice, housing, and wealth fall into two camps. One argument looks at racial disparities through the lens of poverty, economic policy, and wealth creation and comes to the conclusion that these factors doom the poor, especially poor people of color. The other argument is made through the lens of cultural deficiency, claiming that people of color need to be injected with the wider Protestant work ethic and values of responsibility to close the sociological and material gap.

Both camps sadly fail to confront the unspoken American belief that Coates names: Being black and human is considered an oxymoron in much of society. Blackness is viewed as a deficiency to be expelled from one’s psyche or reformed in order to be palatable to the majority culture. W.E.B. Du Bois, more than a century ago, spoke of this duality of the African soul that must try to heal in the face of a forced sociological schizophrenia, that “sense of always looking at one’s self through the eyes of others, of measuring one’s soul by the tape of a world that looks on in amused contempt and pity.”

Racism is not expunged by the elimination of blackness. Racism is not exorcised from the American lexicon through a doctrine of moral deficiency. It is eradicated only when humanity rejects these myths and comes to grips with the beauty of one’s Africanity and dares to live out a new Christianity that is not beholden to European views. We fight these myths by admitting they exist. We fight them by facing the biblical mandate about what the Lord requires: to act justly and to love mercy and to walk with deep humility before God.

America is in need of anti-racism activists, preachers, and thinkers who are not people of color. America desires voices with a moral center that dare speak truth to power and walk humbly with our God. These yet-to-be United States wait patiently for your voice, song, poem, essay, sermon, and action to join the cadre of women and men who seek to dismantle and repent from this original sin called racism.

The Rev. Otis Moss III ’95 M.Div. is senior pastor of Trinity United Church of Christ in Chicago, IL. He is a writer, poet, and preacher whose latest book, Blue Note Preaching in a Post-Soul World: Finding Hope in an Age of Despair (Westminster John Knox), will be released in November. He is dually aligned as an ordained minister in both the Progressive National Baptist Convention and the United Church of Christ. This essay is adapted from the foreword of an upcoming book, Race in a Post-Obama America: The Church Responds, edited by David Maxwell ’87 M.Div. and published by Westminster John Knox. It will be released next year.