Letting Go of Fear is the Beginning of Freedom 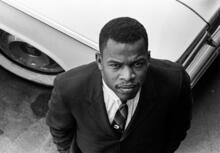 Amid this season of crises, some great American heroes have quietly departed this life – Joseph Lowery, Katherine Johnson, and C.T. Vivian come to mind. So does Georgia Congressman John R. Lewis, a Baptist minister who rose to prominence as a leading student voice in the civil rights movement by the time he was barely 20. In the face of difficult socio-political circumstances, Mr. Lewis modeled conscientious resolve that, 60 years after he discovered his true calling, inspires countless people even now in their search for vocational clarity during this period of national upheaval.

He was a nonviolent warrior for freedom and justice when many of his peers were finishing college and seminary. He nearly lost his life at the Edmund Pettus Bridge alongside other marchers trying to walk from Selma to Montgomery on March 7, 1965, which came to be known as Bloody Sunday. Until his death at the ripened age of 80, he never let up in his defiant struggle for human rights. As I reflect on the vast inventory of photos, video footage, sermons, political speeches, and interviews, I discern three critical actions that Mr. Lewis took throughout his life that positioned him as a faith-filled leader in crisis times.

First, from early on John Lewis quietly commenced the interior work of self-identification. He often spoke about preaching to the chickens as a young boy in Troy, Ala. At age 15 he heard Dr. Martin Luther King, Jr. preach on the radio. He learned of the savage murder of Emmet Till and the defiant protest of Rosa Parks who refused to surrender her seat to a white male on a city bus in Montgomery. These events summoned his attention, his critical thinking, forcing him to ask, “Who am I? What am I called to do about what I am seeing, hearing, and feeling? What is my contribution going to be to the ongoing struggle for freedom and justice on behalf of Black people in America?” At age 18, he decided to travel to meet Dr. King – he was determined to “find a way to get in the way, to make good and necessary trouble.” John Lewis teaches us that a critical first step in faith formation and vocational clarification is to assert who we are, and then to embrace firmly our own identity and sense of call to service in times of upheaval.

Each of us must ask ourselves, “What is the source of my hesitation? What is making me afraid to speak or act?”

Second, Mr. Lewis modeled spiritual direction and vocation by defining the specific moment he was facing, and deciding the action he felt summoned to take. I took issue with the headline of a New York Times article published after his death, “Selma Helped Define John Lewis’s Life.” Without quibbling over semantics, I disagree that the march across the Pettus Bridge defined John Lewis. Rather, John Lewis defined that moment when he stood resolutely before the Alabama State Police, declaring his intention to deliver a letter to the state capitol in Montgomery protesting the shooting death of activist Jimmy Lee Jackson. Lewis defined that moment when he remained steadfast even after the police rushed the marchers with weapons drawn, smoke bombs bursting, and vicious dogs and firehoses trained on them.

In the upheaval around them, Mr. Lewis and his peers were constantly choosing from an endless menu of options based on what seemed most pressing or most doable for them at a given time. They understood their actions could cost their lives. The circumstances did not dictate their actions: at every turn they made conscious decisions about what actions were right for that moment. In later years, Mr. Lewis stated that he never thought about his destiny. He never knew whether he would even make it home alive. He simply chose to do the right thing. As Lewis defined the moment, whether with the Freedom Rides into Mississippi in 1961, his speech at the 1963 March on Washington, or the Selma march in 1965, he discerned that it is our own individual and personal challenge to define the moments we see and the actions we will take.

Third, as Mr. Lewis often observed, When you let go of fear, then you are truly free. Beholding video footage from that fateful day at Pettus Bridge, I am struck by the stern look of determination on young John Lewis’ face as he stared down the Alabama State Police. As he later recalled, when the police threatened bodily harm to the marchers if they did not return to their homes or churches, he resolved in that moment to release his fears. Seeing his face in that video you can almost detect the moment when Lewis fixed his gaze in their direction, and fear departed from him. He planted his feet on the pavement with hands in his pockets and stared them down as the police approached and violently pushed them to the ground, swinging their clubs without restraint. Lewis’ skull was fractured that day. He could never recollect how he made it back to the church, but he found freedom that day after letting go of fear.

No one can decide for us what letting go of fear looks like or what it means in our individual circumstances. Each of us must ask ourselves, “What is the source of my hesitation? What is making me afraid to speak or act? What worries do I have about my career, my safety, my well-being, or my status?” Whatever the case may be, the life of John R. Lewis convinces me that letting go of fear is the beginning of freedom.

The Rev. Jeffrey Haggray ’88 M.Div. is executive director of American Baptist Home Mission Societies and Judson Press, based in King of Prussia, PA., and is a trustee of Andover Newton Seminary at YDS. 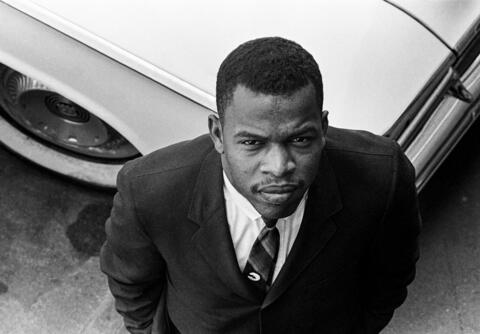