The African-American spiritual “Mary Don’t You Weep” was birthed from the moans of the enslaved during the long period of institutionalized chattel slavery in the United States. Since those traumatic times of worship in the hush harbors, the song has taken on many forms. In 1958, the legendary gospel group The Caravans put their spin on the spiritual and years later Queen of Soul Aretha Franklin would cover the song. It is forever etched into the musical repertoire of the Black church tradition.

As a child, I was always baffled by the premise of the song. My Bible catechism could not make sense of the connection between the New Testament passage of Mary, Martha, and Lazarus, and the Old Testament story of Exodus. Why did the writers not make reference to Jesus coming to the scene and resurrecting Lazarus? Why did they reach back past so many passages and land at the miracle of the Red Sea?

We do not have the privilege of centering our hope in American Christian triumphalism, but we do find blessed hope in the fact that God delivered our ancestors at their Red Sea.

The connection did not become evident to me until June 6, 2020, during the memorial service of George Floyd in Raeford, NC. At age 46, George Floyd was murdered by Minneapolis police after allegedly using a counterfeit bill. George Floyd’s home-going service included a viewing of the video of his 8-minutes-and-46-seconds murder. Soon a faith-filled Black woman, identified only as the stepmother of Floyd, mounted the pulpit to give encouraging words to the family. Her prophetic witness employed the faith of her ancestors as she sang seven simple words, “God said he would make things alright.” Amid the Covid-19 death sweep that has disproportionately claimed the lives of Black people in America, coupled with the violent pandemic of racism, she repeated those words, “Oh, God said he would make things alright.”

Her declaration and faith in God took me back to the passion of “Mary Don’t You Weep.” The song has little to do with an exegesis of Exodus 14 and John 11, but everything to do with a Black collective memory that entangles hope and trust in God. These biblical narratives serve as proxies in the lives of Black folks. Many spirituals and early gospel songs narrated the lived experiences of Black people by using key figures from the Old Testament. The tales of the songs declare an undying belief that God would be in the midst of their situation and the author their liberation. “Mary Don’t You Weep” does not reference the resurrection of Lazarus because Black Death is ever-present. We do not have the privilege of centering our hope in American Christian triumphalism, but we do find blessed hope in the fact that God delivered our ancestors at their Red Sea. This collective memory of hope has allowed us to sing when our throats are weary, dance when the road is stony, create when our soul’s work is burdensome, and give life when our lives are crying out to matter.

And every day new voices are adding to this collective memory, and strengthening it. Here I have assembled some recent thoughts of seven Black YDS students on what Black hope looks like and feels like during the many pandemics of our lives. In our deepest reflections, we connect with our joys, our Blackness, and our faith.

“Black hope is a very feminine concept. A great catalyst of my faith and joy, along with a sort of futuristic expectation, derives from Black preacher women. What we can learn from Mary whose womb nurtured our deepest and truest hope for nine months or poet Nikki Giovanni who instigated our revolutionary dreams is that Black hope is a balm. One that doesn’t prioritize wounds or the people in pain but heals them all.”

“Through this pandemic our hope has been sustained through the determination to remain masked but not silent, socially distanced yet standing together, and in our refusal to be treated as if our lives do not matter. Our hope is preserved through our determination to stand for nothing less than full freedom, equality, and unity amongst ourselves.”

“In the ancient Marian antiphon Salve Regina (Hail Holy Queen), the writer constructs a prayer that both explores the faith of Mary and crafts a petition to her. In these difficult times, this prayer has taken on new meaning for me. In Mary, there is an example of humanity which the world neglected but G-d sought to use for the radical construction of our shared narrative.”

“Black hope is about embracing systems and structures of living not formed in white supremacist molds. It is about creating new futures, new realities, free from the evils that have kept us from thriving. Black hope is inherently Afro-futurist, seemingly inexhaustible, and endlessly beautiful. Black hope is full liberation, as yet unseen.”

“I’ve attended parties that ended due to a fight breaking out or a gunshot going off. Afterward, all the party attendees would run off and bring the after-party to a nearby Waffle House. We knew something unfortunate had occurred, but we didn’t allow it to terminate the joy we had. Hope is continuing to dance in darkness.”

Black hope is like the wind. An ever-present force that is not bound by the limitations or constraints of time, oppression, or our earthly bodies. It breathes life into the abyss of uncertainty while propelling us into the unimagined. Black hope is the culmination of who was, who is, and who is yet to come.

“hope is that elusive future that Black folk are always moving toward, but also leaving behind. hope is both the right now and not yet. it requires an acute awareness of life currently, life in a past not yet past, and life a future yet to come. hope is the intangible slippery substance of Black life that we fight to hold on to. hope is hard, but hope is worth it.”

Jathan Martin ’21 M.Div. is president of the Yale Black Seminarians, which mobilizes the presence of Black students at YDS through advocacy, faith, and the pursuit of justice. He recently curated the YDS exhibit I’m Buildin’ Me a Home that gathers the oral histories of Black churches in  New Haven. It’s part of the national Black Church Historical Preservation Project. 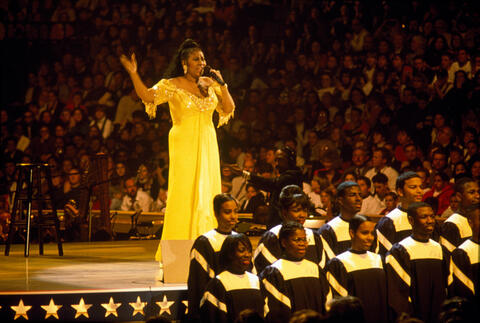