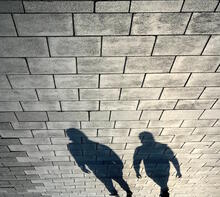 Since 1998, The Faith & Politics Institute has sponsored bipartisan, interfaith Congressional Civil Rights Pilgrimages to Alabama – led by Congressman John Lewis until his death this year. From 2006 to 2013, I was privileged to serve as spiritual director for the pilgrimages. To guard the experience against lapses into mere tourism, I offered meditations at pivotal sites to remind the group – members of the U.S. House and Senate – that they were pilgrims on a journey looking for the sacred and redemptive in civil rights movement history.

Pilgrimage deepens the recognition of the sacred within ourselves.

The pilgrimage left an impression on participants. Many described it as one of the most valuable experiences they have had in Congress. It brought people together across political, religious, and racial lines, inviting real dialogue on the value of the movement and its place in history. Reflecting now upon a myriad of seemingly apocalyptic conditions today – life in a pandemic, perpetual protests in the streets, vigilantes shooting Black people, the threat of a sitting president refusing to accept his possible defeat in an election, I am all the more cognizant about looking for the sacred and redemptive in what appear to be dystopian times. I find myself returning to my spiritual director days with John Lewis, when I endeavored to remind these members of Congress why pilgrimage is important – especially those who were constantly tempted to be tourists and voyeurs instead of pilgrims and prophets.

Recovering the idea of pilgrimage is essential to navigating our times for three reasons: First, pilgrimage deepens the sense of the sacred. Pilgrimages are often physically arduous journeys that give the sojourner a deeper sense of what is valuable in life. A transformation can take place – prompted by one’s search for God and vestiges of God’s presence in human acts of heroism and sacrifice. To resist our current dystopia, all of us would benefit to meditate and act upon what is sacred in our nation’s history. We must never forget that leaders like John Lewis are as sacred as biblical prophets.

Second, pilgrimage sharpens one’s focus on the needs of the world. The physical journey to the sacred sharpens the pilgrim’s ability to see more deeply God’s activity in the world. The best theology on pilgrimage points to where God is most active in the world – among the most desperate … the most poor. It’s not that God neglects anyone else. But God is usually more keenly known among those who struggle most to stay alive. Such warriors are often known as heroes and heroines who show the world how to stay alive without reverting to violence and bloodshed. Even more, these saints show the world how we may find resilience and flourish. Pilgrimage increases our vision of God by making us more conscious of such saints who overcome poverty.

Lastly, pilgrimage brings the vision of God into our own lives – and increases the recognition of the sacred within ourselves. Embracing the spiritual practice of pilgrimage, we are more likely to visit a loved one across the county line or on the other side the ocean. Pilgrimage encourages us to take better care of ourselves. God not only cares for those in extraordinary circumstances – God cares for every individual in every circumstance. In short, pilgrimage increases the insight to see self and community as sacred place. Without the sojourn of pilgrimage, we would lack the reference point to see God’s activity in our own life.

Around the world people still journey, wander, and voyage both physically and spiritually in quest of God. Specifically, when dealing with the African-American spiritual voyage, we must remember that the terminal point is still to come. Obviously, any consideration of the African-American experience must deal not only with the role of pilgrimage but the tragedy of being a refugee – uprooted, enslaved, homeless, and vulnerable. This historical tragedy has given African Americans a distinctive spiritual pilgrimage similar to those chronicled in the biblical narratives.

Without fail, we learn on these Civil Rights Pilgrimages a profound lesson: none of us are free until we all are. This is the beauty of John Lewis’ new pilgrimage to heaven – the particularity of following the African-American spiritual journey shines a light on all of us to find the sacred path and be transformed for the sake of the kingdom of heaven.

The Rev. Michael Battle ’90 S.T.M. is Herbert Thompson Professor of Church and Society and Director of the Desmond Tutu Center at General Theological Seminary in New York City. His books include Heaven on Earth: God’s Call to Community in the Book of Revelation (WJK, 2017). 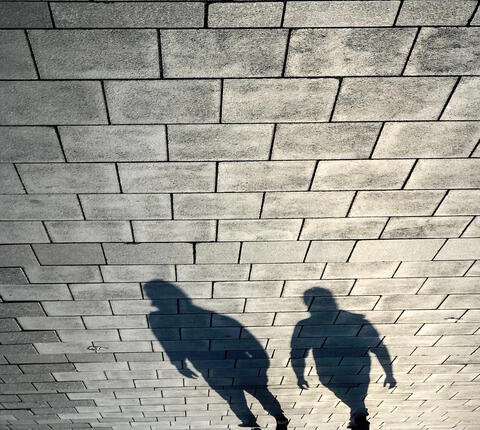