Home » Article » Who is my Neighbor? Facing Immigration

Who is my Neighbor? Facing Immigration 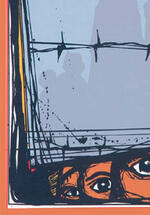 As this issue of Reflections goes to press we stand in the middle of a hotly contested presidential campaign and a worsening global financial and economic crisis. The wars in Iraq and Afghanistan continue to drain economic and spiritual resources. In a setting where troubles abound it is easy to lose sight of a problem that has loomed large in recent years and that plays a somewhat muted role in both the presidential campaign and the tale of economic woe.

Yet the problems revolving around immigration that our political leaders sidestepped in the last two years will no doubt resurface in the new administration, whoever wins in November. In the meantime, the plight of immigrants, especially the undocumented, continues to challenge churches, which have generally responded with compassion and with conviction. In worsening economic times, the situation of immigrants is unlikely to improve, while the resources of those who try to provide support will be severely strained.

In this context Reflections attempts to set the often fractured debates about immigrants into a broader framework. What we have experienced in the United States in recent years is in fact part of a global phenomenon. Forces similar to those which have driven vast accumulations of capital across national boundaries, a development at least partially to blame for the current economic crisis, have also driven workers to seek employment in foreign lands. We need to keep those larger forces in view when we think about our own immigration issues.

The phenomenon of immigration in the early years of the twenty-first century is reshaping the face of America and the ways in which our fellow citizens understand and identify themselves. The reshaping of American identity has certainly been an issue in the current presidential contest, where questions about “Who is Barack Obama?” mask deeper questions about who counts as a proper American. Hidden doubts and fears about our identity as a nation weave through the debates about immigration, and part of the theologian’s service in addressing the issue of immigration is to name those doubts and fears and put them in proper perspective.

As the population of the U.S. shifts under the influence of immigrants, churches will face new challenges, both practical and conceptual. How will they be faithful to the call of Scripture to attend to the alien and sojourner, to welcome the stranger, to heal, to nurture, to protect the least among us? And how will they do so in an environment where resources are limited and fear and suspicion run rampant?

This issue of Reflections attempts to address such issues and will, we hope, provide some resources for people of faith who remember that our ancestors in faith were oppressed immigrants in a land not their own, and all of whose physical forebears were also once part of the huddled masses that yearned to breathe free on this side of Liberty’s torch.

I am particularly grateful to our guest editor for this issue, Prof. Harlon Dalton, of Yale Law School, who for the last two years has been collaborating with colleagues at Yale Divinity School on issues of law, religion, and politics. His contribution to this number is thus part of a larger endeavor to bring together some of the resources of the university in an interdisciplinary way to address vital topics of the day.

The Challenge of Immigration: Framing a New American Conversation