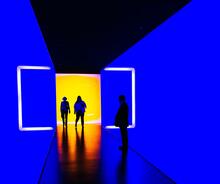 It’s still strange to think how little the flu pandemic of a century ago was remembered or commemorated, though it infected a third of the world, killing 50 million, including 675,000 Americans.[1] There is a clinical literature about it, and science learned much from the experience (the effectiveness of masks, the well-timed closing of schools), but its horrific scale barely entered the national memory. Few novels of the era wrestled with it (Katherine Anne Porter’s Pale Horse, Pale Rider in 1939 was an exception). The living hurtled happily into the Roaring ’20s, asap.

In the crucible of the pandemic, a vision of imago dei waits for us to catch up to it.

According to one explanation, society was already stunned by the trauma of World War I, so the 1918–19 influenza outbreaks were regarded as a kind of ghastly epilogue to a protracted period of misery. Another explanation relates to that word in the previous sentence: trauma. In the culture of the era, suffering was expected to be borne in private. Few public platforms were available to victims or their families for speaking out, or grieving publicly, or raising dissent about questionable health policies. A stoicism, religious and social, prevailed.

A hundred years from now, historians and psychologists and folklorists sorting through Covid’s impact will not likely complain of a lack of material, a lack of anguished analysis. Every possible angle of the emergency continues to be weighed, examined, and second-guessed, revealing concentric crises of sorrow, anxiety, and a frayed common life. Even so, despite today’s horrendous divisions and disinformation, a deeply insistent 21stcentury instinct wants to prevail: we will learn from this ordeal, and everyone should have a voice in the collective experience and a stake in the future.

With this Reflections issue, we hope to add to the effort to understand and transform a stricken, exhausting era. Two years ago, Reflections deadlines for the Spring 2020 issue landed just as the pandemic was shifting into global panic phase. All the articles had been finished and edited when, during the week of March 9 (precisely Wednesday, March 11), the NBA season was canceled, and Tom Hanks and Rita Wilson were hospitalized with the illness. That suddenly made the nightmare real for millions. The Reflections theme was economic inequality, and I had assigned the articles months before. Now I frantically contacted several of the writers to ask them to revise parts of their essays to reflect this new unpredictable condition.

As it turned out, it wasn’t that hard for them to do. The subject was still inequality: Covid was already inflicting its pain on minoritized citizens at higher rates, exposing thread-bare public health policies and mocking our complacent notions of enlightened progress. At that moment, the writers took a breath and provided prospective, drawing on faith in the providential big picture. YDS theologian Willie Jennings wrote:

Covid is part of a tragic stream of viruses that have struck us over the two last decades. The mass production of food and the way animals are handled are contributing factors because of our hyper meat-consumption habits. And we are so connected now. It’s a terrible irony that our connectivity has not yielded a shared ethic of community. We’re suffering from a combination of connectedness and a lack of community … The issue is not, Why did God visit this virus on us?, but What is God intending to do in the midst of us and our suffering? We learn from the life of Jesus that God’s first response to suffering is to come be with us, and join us. The great mystery is that we exist at all—we’re creatures created out of nothing. So we are weak and fragile and could be destroyed at a moment’s notice. It’s not sin. It’s our condition, and in Jesus, God joined us in our condition, never forgetting the weakness of our flesh. We must remember that we serve a God who went among lepers.

Two years later, a new gathering of Reflections writers confronts the prolonged pandemic afresh, inviting readers to pay attention to questions that, even pre-Covid, were getting shouted down by market forces and political derangements: How do we create a better normal? What should the 21st century church look like? Who is my neighbor? How to dream better dreams for our future descendants? What does belief in God mean in a world divided by people who are rich and overscheduled and people who are hungry and under siege?

In the crucible of the pandemic, Christian routines have been reassessed, overthrown, or reimagined. Other forces try to invade the life of faith—nostalgia, nationalism, social Darwinism, ideologies across the board, suspicion of every authority—hoping to eclipse the words of Jesus or noisily change the subject. A vision of imago dei waits for us to catch up to it, a conviction that sees the spirit of God in the daily scrimmage and is willing to reckon with challenges that will outlast the Covid era: racial reconciliation and environmental repair. As these writers suggest, solutions will require facing up to enormous problems and going deeper into the divine mystery.

“It’s exciting to consider,” writes the Rev. Stephen Bauman ’79 M.Div. “Despite the very real hard work and institutional pain ahead, the opportunities this moment presents for the Christian church are nothing short of awesome.”

[1] Whether in 1919 or 2022, precise mortality statistics are difficult to obtain, but an estimated .64 percent of the U.S. population died from the 1918–19 pandemic, compared to the deaths of about .3 percent of the American populace from the Covid virus so far, according to Health Affairs. 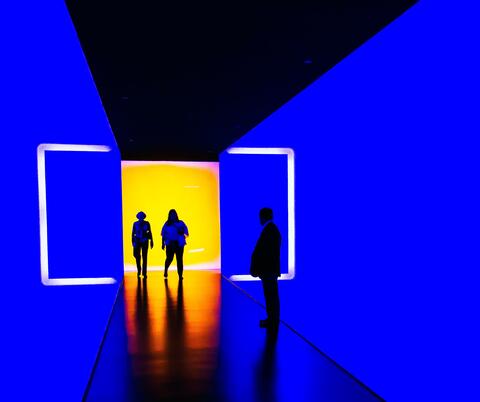