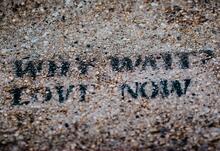 Watching the documentary Crip Camp: A Disability Revolution, I realized my world was too narrow, my politics too feeble, my notion of the image of God too provincial. Nominated last year for an Academy Award, Crip Camp (available on Netflix) chronicles the high-spirited activism of people with disabilities who want to remake the world as place where they can pursue their talents and dreams like other people—a place where, in fact, there is no prejudicial concept of “other people,” no “them,” just us, all of us, everybody, together.

Amazing footage from the early 1970s shows the campers in a remarkable youth summer facility (Camp Jened, in the Catskills) where a punk-rock attitude about social change and high jinks gets free rein. A few years later, many of them reunite in San Francisco, helping birth a historic disability rights counterculture that becomes a political force. Some of the movie’s biggest moments build around the month-long sit-in by 150 disability activists in a San Francisco federal office in 1977. They demanded that recalcitrant officials activate new civil rights protections for the disabled. Their triumph signaled the beginning of a new era in national consciousness for disability rights, a fight that continues into the 21st century. One of the central figures in Crip Camp is Jim LeBrecht—filmmaker, sound designer, disability rights activist, exuberant mentor—who also co-directed the film with Nicole Newnham and graciously agreed to a Reflections interview. See his conversation with Dianne Bilyak ’06 M.A.R. in this issue.

Also at the center of the film and the movement is the undaunted Judy Heumann, who faces down clueless politicians and gives voice to profoundly democratic instincts around human rights, civil disobedience, and respect for difference. Growing up in Brooklyn, Heumann had polio as a child and has long used a wheelchair. She has been a dissident since grade school, when she and her parents challenged the system for the right to a mainstream elementary school education. Later, eager to be a teacher, she won a lawsuit against New York City schools and became the first wheelchair user to receive a teacher’s license there. Her work as a disabilities strategist and advisor has taken her to positions in state government, the World Bank, and the Obama administration.

“If we allow ourselves slowly to become a country where we are simply unable to imagine ourselves in another’s shoes, we can’t understand the complexity of how discrimination occurs and how it feels,” she writes in her 2020 memoir. “Lacking respect for those we don’t know or understand makes it easy to blame inequality and poverty on individuals—rather than on the system.”[1]

As I watched Crip Camp, it was a shock to contemplate just how few media portrayals exist that show people with disabilities being themselves, being funny and flirtatious, getting political, getting frustrated, finding joy, sticking up for their rights, outdueling policymakers on a national stage: being human. Contemporary media customarily ignore or sentimentalize or erase such depictions. The machinery of the market makes its precise calculations a million times a day to feed myths of body-image perfectionism, social Darwinian strength, and a performative disdain for all who fail to ride the juggernaut.

Earlier I mentioned the image of God. No, there’s no theology per se erupting across Crip Camp, except that the human condition in all its fragility and grandeur is revealed. Writers of this Reflections issue provide their own testimonies in that regard. Some of the contributors invoke the divine image as a foundational principle of social ethics and political reform: to believe we are all made in God’s image is to brook no exceptions. There are no spiritual haves and have-nots. To denigrate anyone is to desecrate the Creator’s work. Others cite  theologian Nancy Eiesland’s seminal 1994 book, The Disabled God, which helped break religious tradition of some old reflexive biases about body, mind, and spirit that defined who is blessed and who isn’t.

“Resurrection is not about the negation or erasure of our disabled bodies in hopes of perfect images, untouched by physical disability,” Eiesland writes. “Rather Christ’s resurrection offers hope that our nonconventional, and sometimes difficult, bodies participate fully in the imago Dei and that God whose nature is love and who is one the side of justice and solidarity is touched by our experience.”[2]

All the writers here provide a witness—like the irrepressible protagonists in Crip Camp who bear witness—to the pains and hopes of this life, to the obligation to a deeper vision of belonging that haunts the world. For this Reflections issue, special thanks go to Dianne Bilyak, who made the case to us for the urgency of the theme of disability rights and who offered her advice and insight at every stage.

[2] Nancy Eiesland, The Disabled God: Toward a Liberatory Theology of Disability (Abingdon Press, 1994), with foreword by Rebecca Chopp, p. 107. 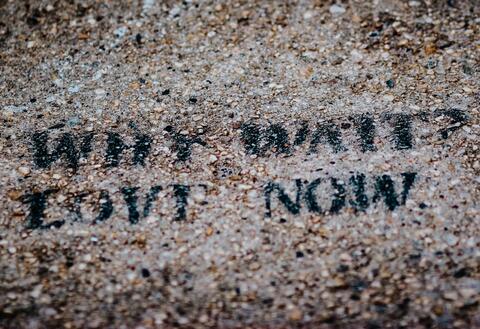