Facing My Own Fears, Finding Wisdom

When I was doing my course work in my Ph.D. program at Claremont School of Theology, I had many opportunities to present at symposiums, conferences, and churches on the subject of parents of children with disabilities. After the presentation, especially after they confirmed that I have no apparent disability, people would come to me and ask, “Why? Why do you work on this?” Every time I was asked this question, I smiled with mixed feeling and I couldn’t answer, simply because I didn’t know where to start.

My earliest experiences with people with disabilities began when I was in elementary school. I went to school in a small city called Jinhae, located in the southern part of South Korea. When I entered fifth grade, a girl with cerebral palsy was in my class; and I saw that she was usually alone. Some friends told me she lived alone with her grandmother. And I learned that she was two years older than the rest of the fifth graders. Later, as often happens when children become familiar with each other, another girl—who enjoyed exhibiting her dominant and aggressive personality—began to bully the girl with cerebral palsy. As time passed the bullying grew worse. One day, during a break in the class, the powerful girl asked the disabled girl to dance in front of all the students. The girl with a disability refused in the beginning but later felt pressured to perform. When she began to dance and sing, nearly everyone laughed. The girl who performed exchanged attention for humiliation. Those who did not laugh, including myself, did not know how to respond.

Why does God allow mental disabilities? I realized the question reflected a prejudice unconsciously functioning in my world.

Unfortunately, I saw very similar bullying when I entered middle school. This time the victim was another girl with a different disability, and it was a different powerful girl who verbally assaulted her. It was a strikingly similar pattern of insult and humiliation in front of all those students. These two incidents left me with a heavy feeling of sadness and helplessness, for a reason I still cannot clarify. Was it a feeling of guilt because I wasn’t able to help the weaker person? Was I afraid to stop the bullying? Or was it because deep in my heart, I also have a tendency to make fun of those who are weaker? What later became clearer to me was that this was my earliest experience of witnessing how disability is (cruelly) treated in daily life.

In college, I discovered the power of art to represent disability in ways that transcend dehumanization. Theologically and aesthetically one of my continuing interests is the notion of beauty in human persons and its representation, especially in relation to the body. After all those childhood years of hearing how developmental disabilities were ugly, harmful, the opposite of beauty, I now saw something different, through art. One winter, traveling in England, I visited Tate Modern gallery in London and stood in front of a huge painting of a deformed human person. As soon as I saw the painting, I felt a sharp pain, as though I had been scratched with very sharp piece of broken mirror. This experience has remained vivid in my memory. The painting was Triptych August 1972 by Francis Bacon. Only after I returned to South Korea did I learn that this painting was created after the suicide of his lover.

Many years later at Yale Divinity School, during a summer chaplaincy internship in White Plains, NY, I felt as if I were encountering people who were like the figure in the Bacon painting. Working at New York Presbyterian Psychiatric Hospital, I saw, for the first time in my life, people just staring at a wall for a whole day, for weeks and months. And there I started asking the questions: Why does God allow mental disabilities? What is the meaning of this time these people spend without clarity?

At Claremont School of Theology, I pursued these questions further, doing ethnographic research on parents of children with disability as part of a seminar course. This topic would decisively alter the trajectory of my dissertation. I met parents of children with disabilities who live in Claremont, and I collected and analyzed the stories they told about their children’s lives, struggles, and joys. I was keenly interested to know how they found resiliency in the face of their family challenges—how they told their family stories in order to make sense of their experiences.[1] I still had my own confusions and suspicions about how to understand the meaning or purpose of human disability.

My professor, meanwhile, encouraged me to visit an art gallery in Claremont. Speaking with the director of First Street Art Gallery helped to open my eyes to a new perspective on disability. She interpreted disability as difference and, for her, people with developmental disabilities were artists. She introduced as artists all the people in the room who had developmental disabilities. For me at that time, disability was still a limitation, although I did not say it. Something kept bugging me, and I didn’t know why or what it was.

Next morning, I happened to wake up early and suddenly realized what was at stake in the dynamics between understanding disability as a limitation and as a difference. At that moment, I was finally able to verbalize my suspicion that had followed me through my research: Accepting disability as difference was to give up hope for a complete cure, so-called, the hope of living a normative life. That was why I couldn’t completely accept the idea of developmental disability as mere difference. I still wanted to have hope for them to become miraculously able persons, to live normative lives. For me disability implied losing in the constant ongoing competition of society, always positioned behind. I saw disability as something less than, an incapability. This notion of disability was strongly entrenched in me.

After completing the research, I had several opportunities to present my work and for this I began to look into a theological interpretation of disability. The books I read on disability theology made perfect sense to me, but only in my head. Every time I left these texts, I couldn’t help feeling some sense of unresolve. An inner voice was saying, “But … but…” I began to sense in myself a fear of disability, and I tried to examine this with curiosity. Deep inside me, disability was associated with a fear of being left alone, a deep loneliness and isolation, not being accepted, a lack of confidence and self-esteem, dark places in society, a lack of freedom to do what I want. This fear of disability was mine. Seeing people with disabilities, or their parents, had evoked my fear, the fear of acknowledging the weakest part within myself. What if I were to be abandoned? What if I were not accepted because of all my inabilities? But isn’t this the fear that Christianity has tried to deliver humanity from for 2,000 years? Jesus mocked by people, Jesus crucified—these are some of the most powerful metaphors Christianity offers. What Jesus experienced before and during crucifixion, the ultimate suffering, ironically provides room for people, including myself, to feel and accept their darkest emotions.

I came to realize that the root of my fear was the implicit value judgment I had placed on disability all my life. I associated disability as part of harsh reality, something to be shunned, whereas ability was something to be encouraged, respected, and admired. I was stunned when I saw my own prejudice but, ironically, at that moment I began to feel a sense of release from the fear I had felt while working on the notion of disability. I returned to the questions I first asked years earlier at YDS: “Why does God allow mental disabilities? What is the meaning of this time spent without clarity?” Those questions reveal the deep situational assumption built within myself by an ableist-oriented capitalism hand-in-hand with a medical and economic model of disability. The questions reflected a prejudice that was unconsciously functioning in my world. Facing families with disabilities finally shook that perspective.

As John Swinton has said, theologians who talk about disability have a specific goal: to redeem the theological meaning of disability.[2] Only after I had confronted myself on these matters did I begin to genuinely understand why some theologians have said God too is disabled[3]—an idea proposed by Nancy Eisland which opened room for other theologians to suggest that the divine attributes can be “shown to be limited, deaf, blind, crippled, interdependent, accessible.”[4] Such a perspective reorients the value of God’s creatures, and that includes, of course, people with disabilities. Kathleen Greider has said mental disabilities can teach “spiritual wisdom for all of us,”[5] values that include “clarity, and also mystery,” “center, and also margin,” “health, and also infirmity,” “ability, and also limits,” “safety, and also sanctuary,” and “sanity, and also divinest sense.”[6]  Manifestation of disabilities can uncover faces of humanity usually hidden or ignored by able-bodied people who are reluctant to accept them. As God’s creatures, all people, no matter what their condition, are endowed with infinite value. We so often forget this ontological truth because we are living in a driven society that prioritizes other needs and goals. Christianity invites us to see this through God’s eyes, with the help of grace. As human beings, we may not be able to see fully with God’s eyes.[7] But we can try, by examining ourselves, by admitting our deepest fears of being abandoned. From God’s eyes, my perspectives were disabling—they had refused to see the divine image imbued in people with disabilities, the theological truth.

Gradually I learned to see, understand, and accept my own fear and ignorance of disability after closely looking at the disabilities of others and by making my implicit stories about disability explicit.[8] I also began to notice, discern, and deconstruct the fear within myself that had been created by messages constantly delivered from the classrooms, society, and media about the values of an ability-driven world. This increasing wisdom of awareness was a gift I received by respecting and learning of the disabilities of others. I hope to continue learning from them.

Jeongyun April Hur ’14 M.Div. is a Ph. D. candidate at Claremont School of Theology in the field of practical theology, with a focus on spiritually integrated psychotherapy. Her dissertation topic is the lived theology of mothers of children with disabilities.

[1] Jeongyun Hur, “The Stories of Parents of Children with Disabilities: ‘Triumphal’ Versus ‘Absurd’ Narratives,” Journal of Pastoral Theology,27:1, pp. 49-50.

[6] For a detailed explanation as to how mental disabilities can teach us these values, please see Kathleen J. Greider, Much Madness Is Divinest Sense: Wisdom in Memoirs of Soul-Suffering (The Pilgrim Press, 2007), pp. 295-319. 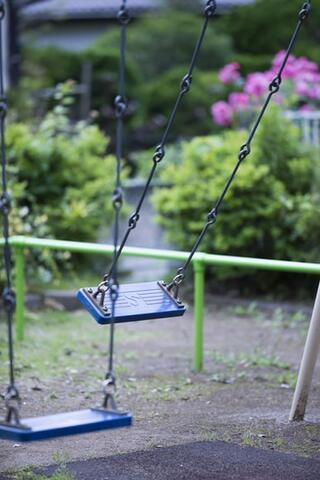