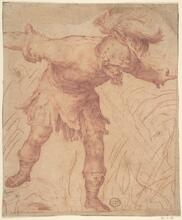 “Now the spirit of the Lord departed from Saul, and an evil spirit from the Lord tormented him” (1 Sam 16:14).

This verse will be familiar to many as the introduction of the biblical account of Saul’s decline and David’s rise to the kingship—what is often referred to as the “madness of King Saul.” The ease with which readers and interpreters of the Bible translate the “evil spirit” into “madness” reflects, and underwrites, a whole set of assumptions about mental impairment.

We should be wary of taking at face value the biblical depiction of a physically or mentally impaired character, lest we fall into the trap of equating impairment with moral judgment.

The Bible does not say that Saul has mental illness. Nor would we expect it to: mental illness is a modern category, not an ancient one. But when we attempt to render ancient ideas into a modern idiom, we risk unconsciously redefining both.

An evil spirit from the Lord tormented Saul. To call this mental illness—or madness—is to make a set of implicit claims. It is to assume that mental illness is not “natural,” but derives from an external source: it has an identifiable cause. Moreover, it is not random, but has motive attached: it happens to one for a reason. Mental illness is a sign of divine disfavor: it carries with it a value judgment of the individual affected.

A tendency among modern scholars has been to reverse the equation, as it were: to declare that the “evil spirit” is the theological way the ancient biblical authors made sense of the behavioral changes that accompanied Saul’s mental illness. Yet, ironically, this approach only reinforces the same basic equation. It assumes that the evil spirit and the mental illness are to be identified; it simply adjusts which is “real” and which the interpretation.

There is thus a two-way street here, in which text and interpretation, event and meaning, reality and perception, inevitably contaminate each other. The result is that the biblical story is leached of its plain meaning, its divine intervention reduced to the mundane; and the reality of mental impairment is, on the other side of the coin, encoded with purpose, with circumstance, with story, where none exists.

It may seem as if this example of biblical interpretation is not particularly relevant beyond mere curiosity. Yet modern assessments of mental impairment are only very slowly emerging from centuries of biblically framed understandings. The equation of mental illness with evil spirits is a longstanding tradition, particularly within Christianity: one need think only of demon exorcism, a ritual still alive and well today. The appalling modern practice of gay conversion therapy participates in the same essential mindset.

Needless to say, this same phenomenon occurs, with the same inherent problems, in other areas of impairment and disability in the Bible. The persistent social stigma against leprosy is inextricably tied to the depiction of skin disease in the Bible as a divine punishment for sin (and as a source of impurity, though this is almost always misunderstood by the modern reader). Infertility is brought about and removed by the deity, and deeply tied to the divine command to be fruitful and multiply. Plague is among the most standard expressions of divine anger.

Though we may today have different frameworks for understanding mental and physical impairment—we understand these medically, rather than theologically—we still use language and concepts borrowed from the world of the Bible and its interpretation. Illness is an affliction; it is a curse. We ask what we have done to deserve it. We pray for healing.

Fundamentally, we narrativize impairment: it is not just something that happens, it is part of a story, it involves cause and effect, it is tied to character. This too is biblical. And where the Bible tells stories about impairments, that is where they are associated with moral judgment, with characters portrayed positively or negatively, with heroes and villains—like Saul. (Were we, for example, to have only the legal/ritual texts about skin disease in Leviticus, and none of the narratives, we might never associate it with divine punishment.)

On the other hand, we as modern thinkers also import our own medical understandings back into the biblical text. We assume that our diagnosis is somehow “truer” than the ancient description. What we fail to recognize is that medicalizing impairment is as much an interpretive choice, a framework for understanding phenomena, as theologizing it.

Faced with a set of behaviors, how we understand and value them is contingent on cultural norms and worldviews. The classic example of this is the phenomenon of seizures and speaking incomprehensibly. Is this demon possession? Inspired prophetic vision? Is it “speaking in tongues,” and is that a gift or a curse? Is it what the ancient Greeks called “the divine illness,” or what we call “epilepsy?” Do we pray for it, pray against it, or treat it with medicine?

Sorting Out the Frameworks

There is neither a right nor a wrong response. Depending on cultural context, a given interpretive framework makes more or less sense. The difficulties arise when two or more frameworks intersect—and when that intersection goes unrecognized. A theological narrative of mental impairment is inherently at odds with a desire to assess it as a genetically predetermined chemical imbalance.

Responsibly separating an impairment from its interpretation—including its medical interpretation—involves being constantly aware of the assumptions we make when thinking, speaking, and reading about impairments and disabilities. It means avoiding the modern, medically influenced tendency to diagnose: whether Goliath with a rare tumor on the pituitary gland (a condition known as acromegaly), or Saul with the more general and common label of “madness.”

And we only become more self-aware and empathetic people when we try to answer not primarily the “what” question, but the “why.” Why do we equate the evil spirit with mental illness? Why do we consider a medical framework to be superior (if we do)? Why does the Bible depict certain characters with impairments, and why does it describe them as it does?

The Bible, like much modern media as well, uses impairments and disability as a way of communicating a character’s values. We should thus be wary of taking at face value the biblical depiction of a physically or mentally impaired character, lest we fall into the trap of equating impairment with moral judgment in some sort of objective sense.

In that sense, when it comes to the madness of King Saul we have bought into the rhetorical program of the Bible. What defines Saul’s “evil spirit” is his desire to kill David. From Saul’s perspective, such a desire was entirely rational: David, he recognized, was a threat, a potential usurper of his throne. From David’s perspective, however—and that of the biblical author—Saul’s hatred of David could hardly be justified. It could only be attributed to an evil spirit. When we call Saul mad or mentally ill, we accept the pro-David argument, and simply translate it to into our modern idiom. Who would want David dead? Only a madman.

And thus the interpretive circle continues. It is past time for us to break it—when it comes to Saul, and all other biblical depictions of mental and physical impairments.

Joel Baden ’99 B.A. is Professor of Hebrew Bible at YDS, where he is also director of the Center for Continuing Education. He is the author of The Book of Exodus: A Biography (Princeton University Press, 2019) and other books. Current projects include editing The Routledge Handbook of Marginalization in the Bible and a special issue of the journal Religions devoted to the Hebrew Bible, race, and racism. He has also written for The Atlantic Monthly, The New York Times, Politico, and other venues. 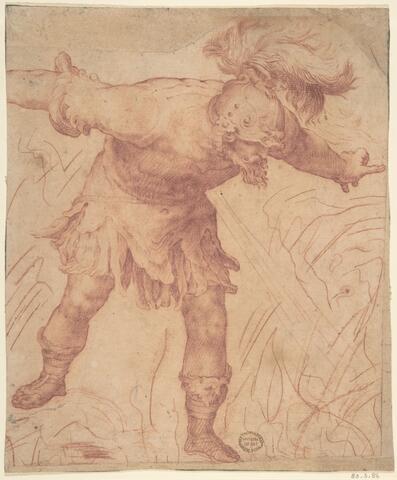